An unidentified driver, in a 2013 Chevrolet Aveo, was stopped and questioned at the Laredo checkpoint, when a service canine alerted border patrol agents of concealed humans and/or narcotics in the vehicle. 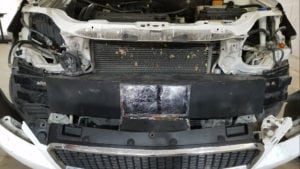 The narcotics, vehicle, and driver were turned over to the Drug Enforcement Administration.

According to the secondary inspection by the Laredo Sector Border Patrol, agents found 87 bundles weighing in at 50.01 pounds, hidden throughout the vehicle, which all tested positive for methamphetamine.

Altogether, the seized methamphetamine has an estimated value of $1.728 million.