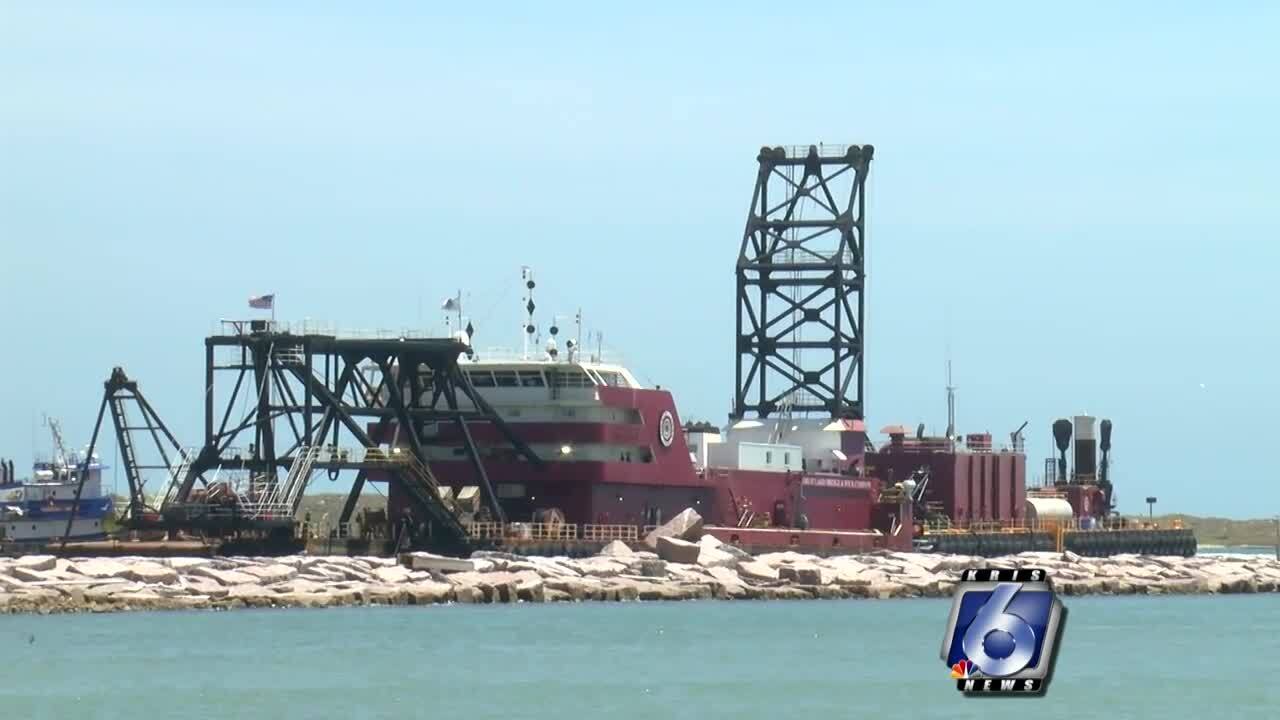 Nobody was hurt, but opponents of a planned export terminal just across the channel on Harbor Island say the close call underscores their concerns.

The trouble started here, where the channels intersect.

That tanker somehow ended up too close to this dredging vessel and was forced to make a wide turn.

The dredging vessel is there to deepen and widen the ship channel so it can accommodate even bigger tankers, a key part of the proposed Harbor Island Export Terminal.

“Where that dredge is right now, there's a danger, in my estimation at least, between where it's located and where large ships have to turn,” said Port Aransas Mayor Charles Bujan.

A liquefied natural gas tanker got too close to the dredge Monday and was forced to make a wide turn. It nearly hit the ferry landing.

“It was a near miss,” said John Morris of the Port Aransas Conservancy. “There’s no way to way to candy coat when you're less than 100 feet from a stationary object on the opposite side of the channel.”

Morris opposes dredging the ship channel for environmental reasons. He says had the tanker hit either the dredge or the dock and caused an explosion.

“You've got a mile radius of Port A that's no longer there,” he said. “We’ve got churches in that mile, we've got schools, we've got how many visitors on a summer day.”

While Bujan agrees a collision would have been a catastrophe he says safety measures worked as intended, including a submerged natural structure.

“Had that ship hit that shelf, it would have bounced back into the middle of the ship channel,” Bujan said.

“They got lucky this time,” Morris said. “Is next time going to be not so lucky?”

Bujan applauded the ferry captain and the tanker pilot telling KRIS that both followed emergency procedures by the book.

The port is investigating yesterday's incident and the Coast Guard was scheduled to meet today with everyone who was involved.