Within 72 hours, abortion may be unavailable in Missouri, advocates warn 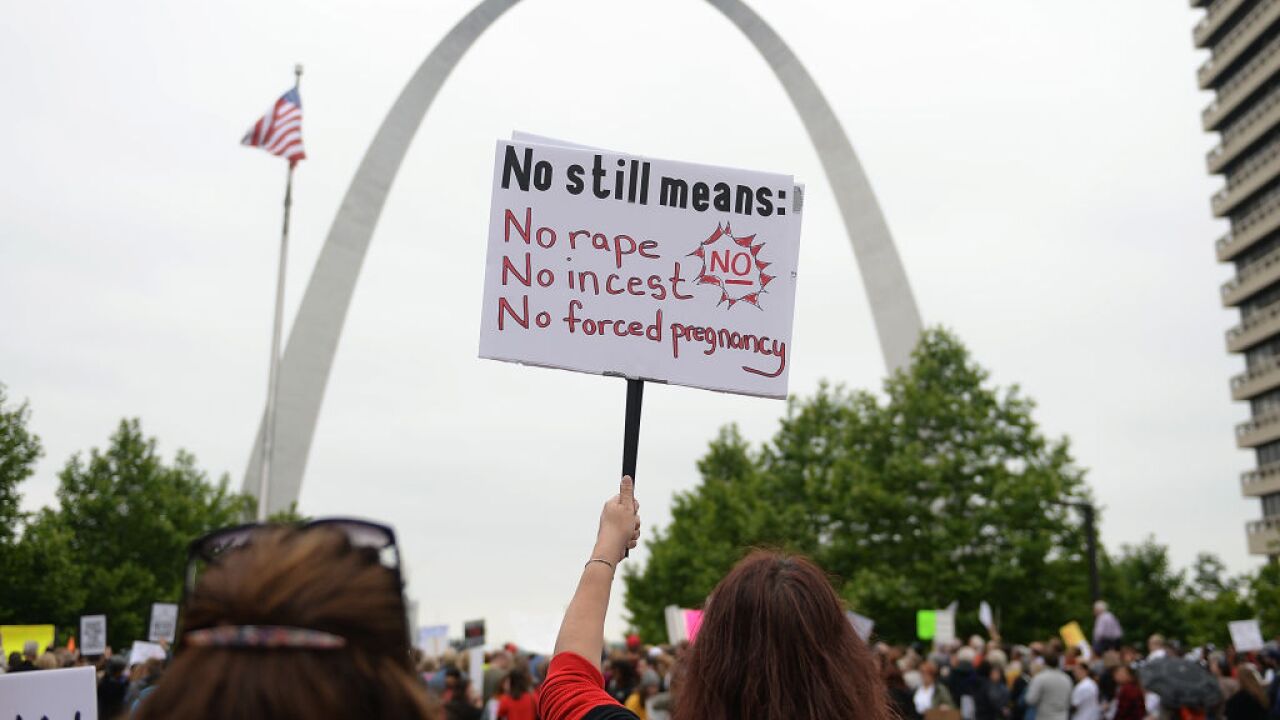 Come Friday Missouri may be the first state in the United States to no longer offer abortions since the Supreme Court's Roe v. Wade decision in 1973.

The state's health department is expected to block services at the last health center providing abortions, according to Planned Parenthood Federation of America and Reproductive Health Services of Planned Parenthood of the St. Louis Region.

The annual Missouri license to provide abortions expires on May 31, explained Planned Parenthood spokeswoman Bonyen Lee-Gilmore. "If the state refuses to renew the license by Friday, abortion services will cease at the last health center that provides abortion."

This does not mean that the health center will close. It will still provide care including birth control, STD testing and treatment, cancer screenings and more, she explained. But the reality of what this would mean for abortion access is stark.

"This is not a drill. This is not a warning. This is a real public health crisis," said Dr. Leana Wen, president and CEO of Planned Parenthood Federation of America, in a statement .

"This week, Missouri would be the first state in the country to go dark -- without a health center that provides safe, legal abortion care," denying access to "more than a million women of reproductive age" living in the state, she said.

CNN reached out to the governor's office and the Missouri Department of Health & Senior Services for a response but didn't hear back before publication.

On May 24, Parson signed House Bill 126, which prohibits abortions after eight weeks of pregnancy.

"By signing this bill today, we are sending a strong signal to the nation that, in Missouri, we stand for life, protect women's health, and advocate for the unborn," said Parson. "All life has a value and is worth protecting."

Missouri is the latest in a series of states to enact strict anti-abortion bills. Georgia, Alabama and Mississippi have also joined that chorus, though the Mississippi law was just struck down by a federal judge.

A legal battle over the eight-week ban is anticipated. But first there's this battle to allow abortion services as of May 31.

A lawsuit will be filed against the state Tuesday in the Circuit Court of St. Louis to try to guarantee continued abortion services.