Where Trump's 'emergency power' on tariffs comes from 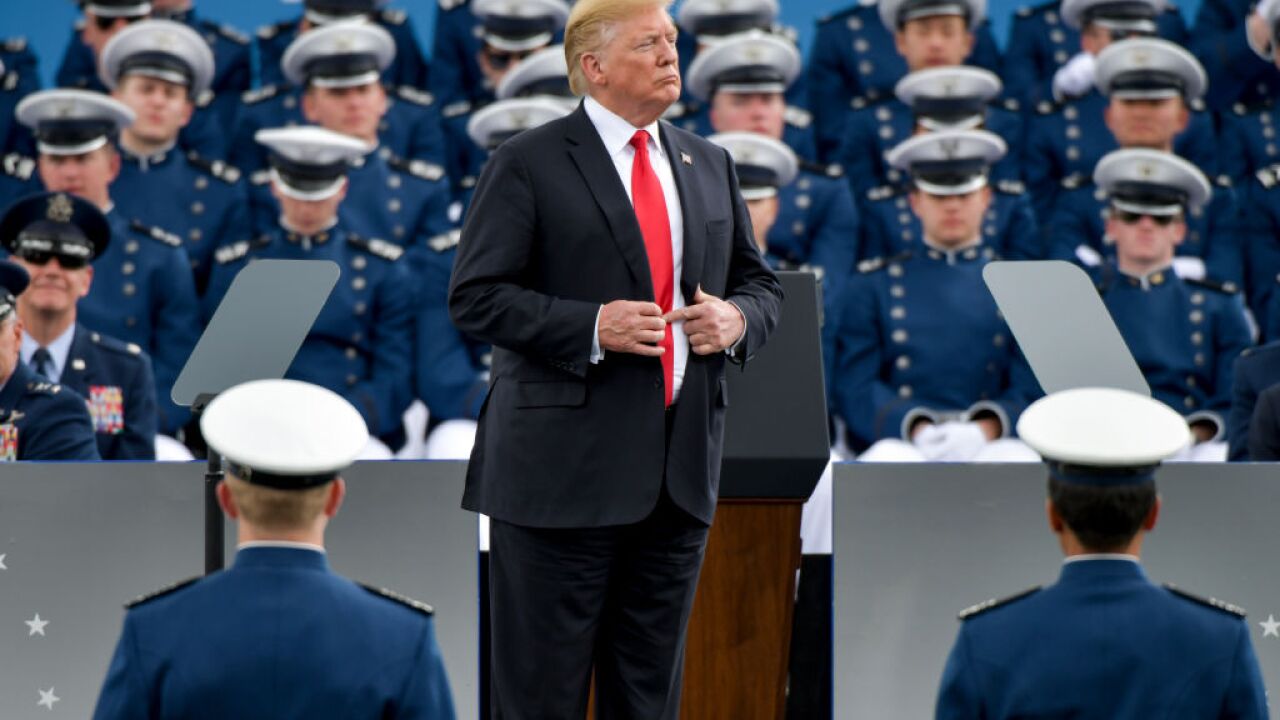 President Donald Trump moved to use his broad executive authority in a new and unprecedented way this week, threatening to slap Mexico with punitive tariffs unless it slows the passage of migrants from Central America to the US.

The tariffs, which the White House said will increase from 5% up to 25% in the coming months unless Trump sees the results he wants. But what they are, exactly, White House officials couldn't explain. If they go into effect, they will impose harsh economic penalties on Americans who buy goods from Mexico. Which is probably every American.

But how can Trump do that?

One key thing to know is that the emergency powers he is using evolved from the need for the President to act with decisive authority during war, specifically World War I. The Great Depression prompted the expansion of emergency powers to include economic emergencies, according to an analysis by the Congressional Research Service . (This piece uses many facts from that analysis, which is worth reading.)

These powers were used throughout the Cold War until the 1970s, when, according to CRS, Congress basically realized the US had been in a state of emergency for 40 years and put new restrictions on the President, including requirements to track the cost of any emergency and justify it each year.

The law by which Trump can impose sanctions like the tariffs, passed in the wake of Watergate and Vietnam, is the 1977 International Emergency Economic Powers Act. This authority has actually been used quite frequently; there have been 54 national emergencies, 29 of which are ongoing.

Some of these emergencies targeting countries have been going on for decades, like sanctions on Iran. Others, like the one enacted by Bill Clinton targeting narcotics traffickers, have certainly affected people in Mexico , but just as certainly not affected the whole country.

The law has never, before now, been used to impose tariffs, according to CRS. And Mexico is a neighbor and ally, from which we bought $345 billion in stuff last year because we are joined together in the North American Free Trade Agreement.

That's an incredibly broad application, especially considering those costs will ultimately be passed along to American consumers, who ultimately bear the brunt of tariffs -- which are paid by importers, not by exporting countries.

They'll affect the supply chain for the US auto industry, machinery, medical instruments, not to mention the avocados and tomatoes in American salads, fruit, vegetables. All of it.

And it's a two-way street. Americans sold just shy of $300 billion in goods to Mexico in 2018 -- cars, machinery, pork and beef. Billions and billions dollars worth of many different type of goods that might be subject to retaliatory tariffs from Mexico.

White House officials have privately conceded it's not clear the President has the legal authority to impose tariffs on this scale, CNN reported Thursday. They are concerned that the move could draw legal challenges that could leave it tied up in the courts without ever taking effect.

But Stephen Vladeck, a law professor at the University of Texas and a CNN legal analyst, said what Trump is doing under the law may very well be within the authority Congress gives the White House -- though it's just as surely not what Congress ever intended.

"The idea behind these authorities is that the President is better situated to make those kinds of determinations than Congress, especially when they're time-sensitive," Vladeck said in an email. "So I think the President's conduct may well be within the letter of the law here. But, as with the National Emergencies Act, I very much doubt this kind of exercise of the authority conferred by the statute is what Congress had in mind."

Under the law, though, Congress can also end an emergency with a joint resolution, something it already did that with regard to Trump's border declaration, though lawmakers could not override his veto .

If the tariffs go into effect and American consumers suffer, don't be surprised if lawmakers try again.