When their mailman retired, the neighbors along his route threw him one heck of a goodbye party 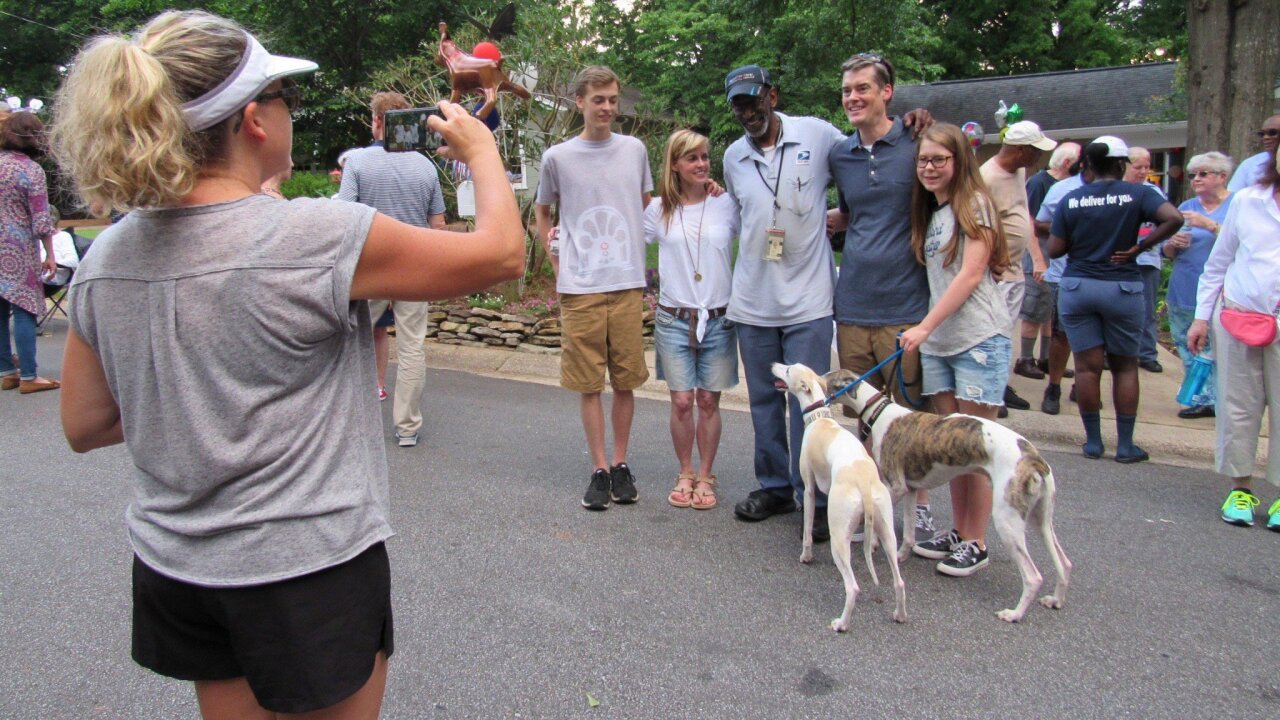 Floyd Martin's last day on the job was anything but typical.

The Atlanta man retired Wednesday after working nearly 35 years as a postal carrier.

The people in a suburban Atlanta neighborhood in Marietta where he's delivered the mail all these years wanted to send him out in style as he worked his route for the last time.

So as his mail truck moved through the area, the neighbors gave him hugs. And gave gifts. And decorated their mailboxes in his honor. And posed for pictures with him. They even invited him to come back in the fall to be a celebrity judge in the neighborhood's Halloween parade.

His daylong goodbye basically turned into a big 'ole street party that attracted more than 300 people. The neighbors even brought covered dishes, wrote neighbor (and Atlanta Journal-Constitution reporter) Jennifer Brett, who accompanied him on his last day and posted the highlights to Twitter .

"Floyd is a tall, slender, very fit 61. His job involves lots of walking, which keeps him in great shape. But he is done with the heat," Brett wrote in one tweet. "In summertime, the mail truck is basically a rolling oven. Last summer, Floyd decided, would be his last."

One neighbor, Lorraine Wascher, said Martin "always had a smile" and a wave for her.

Another noted that he fed the cats in the neighborhood and kept Milk-Bone treats in the truck for dogs.

One girl admired Martin so much that she dressed up like the postal carrier for her school's career day.

Martin had opportunities to switch jobs during his more than three decades working for the US Postal Service, but he just couldn't part with the neighborhood.

"It's been an amazing day with my friends," Martin told Brett in one tweet. "I could have left them a long time ago, but I wouldn't because I love them. And the relationship (with the neighborhood) I couldn't leave it. I could have had an easier route but I wouldn't do it."

And even though Martin is now officially retired, his neighbors still have one more thing they want to do for him to show their appreciation. He mentioned he wanted to go to Hawaii, so neighbors started a GoFundMe campaign to send him to the Aloha State for his dream trip.