What to wear on Mars: A look at the future of spacesuit technology 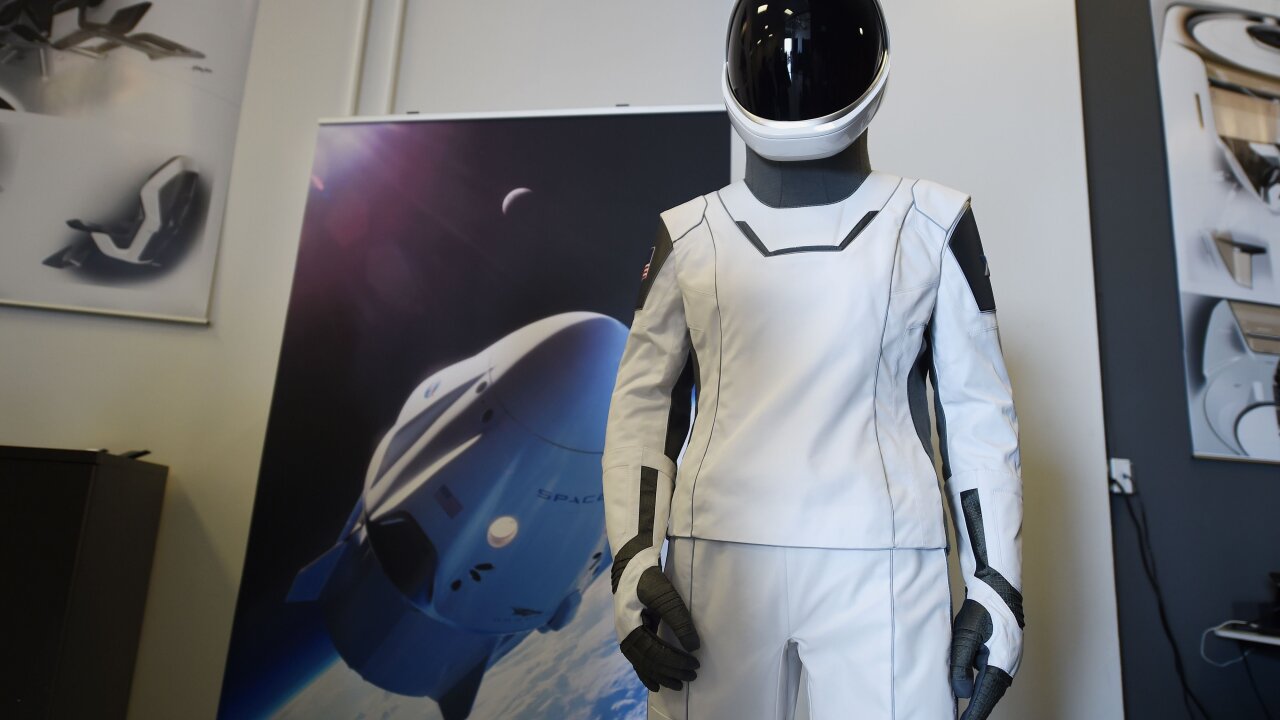 Extraterrestrial travel is all the rage: Elon Musk's SpaceX has pledged to put the first humans on Mars. Amazon chief Jeff Bezos has his sights set on the moon. And NASA wants to speed up its plan to send astronauts back into deep space.

But if these bold plans become reality, what will everyone wear?

It's not a minor detail. Without the proper attire, your blood could turn to gas inside your body before your foot hits the sandy surface of the Red Planet.

Amy Ross, head of the Advanced Spacesuit and Technology Lab at NASA's Johnson Space Center, is leading development of the next generation of NASA spacesuits. The new prototypes aim to make it easier for the wearer to move around, improving on the puffy white suits that astronauts have worn on spacewalks for decades.

"That's one of the big differences going forward, is how [good] the mobility of the full body is," Ross told CNN Business. "Our prime objectives, which sounds very Star Trek-y, is to make sure that we're ready with the right tools for spacesuit design to go wherever we might need to go" — whether that's the moon, Mars or somewhere else.

The prototypes, called the Z-series, are still in early testing phases. But the end product may not end up looking a whole lot different from its predecessor: It'll probably still be puffy and white, according to Ross.

"We don't really get to play with how the suits look...[but] we think the suits are beautiful because that's the way they turn out," Ross joked.

Give me sci-fi suits

For flashy commercial space companies, aesthetics can be a bit more important.

Companies like Richard Branson's Virgin Galactic want to send tourists who pay top-dollar on short scenic trips to space. Those missions will be suborbital, and the passengers will stay safely inside an air-tight spacecraft — so there's no need to worry about pressurized suits with life support systems.

Branson's company teamed up with Under Armour to create snazzy flight suits designed to keep passengers comfortable while they vault toward the sky at nearly three times the speed of sound. The designs are expected to be unveiled later this year.

Meanwhile, Boeing and SpaceX have contracts with NASA to start flying astronauts to the International Space Station. Both companies developed their own spacesuits for astronauts to wear while they white-knuckle their way through Mach 30 on the way to orbit.

Those suits must be pressurized and have far more safety features, but SpaceX still wanted its suits to still look worthy of a sci-fi film.

SpaceX's future passengers could perhaps use the spacesuits during interplanetary trips — but it's probably not fit to sustain people outside a spacecraft facing the extreme temperatures and toxic environment on Mars.

Dava Newman, an MIT astronautics professor and a former NASA deputy administrator, wants to develop the spacesuit that has it all.

She's been working for years on the BioSuit, a sleek spacesuit that can also protect astronauts in harsh extraterrestrial conditions.

Instead of pressurizing a balloon-esque jumpsuit, the BioSuit applies pressure directly to the skin, Newman told CNN. (That pressure is what will keep bodily fluids from going haywire in the thin Mars atmosphere). The BioSuit's portable life support system is also squeezed into portable packaging, and the form-fitting design could allow far better mobility and comfort.

"The world's smallest spacecraft, I call them, because you have to design all of the systems you need for the whole vehicle and shrink them around a person," Newman said.

The design is still in the prototype phase, and there's no guarantee it'll make it to market.

"Space flight for me is about raising up all of our potential, and it's also about answering the hardest problems I can think of," Newman said. "Designing a suit for an astronaut to go to Mars is about the biggest challenge I can think of."