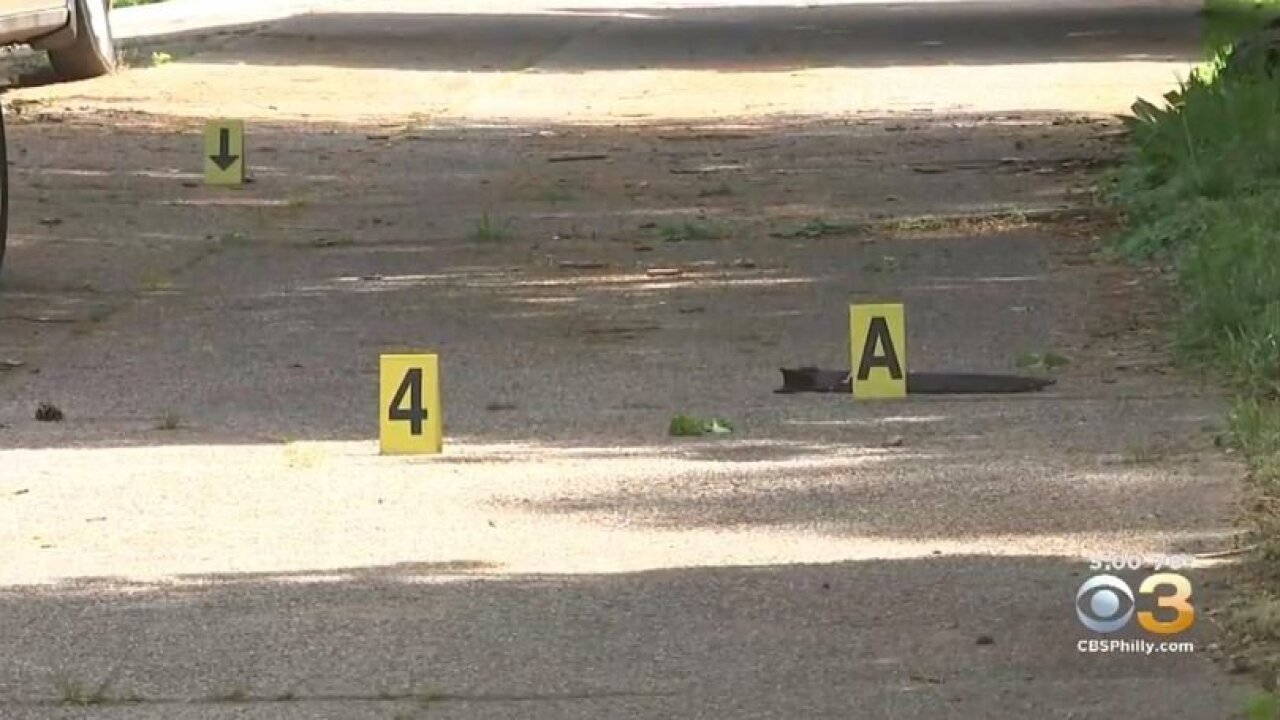 PHILADELPHIA, Pennsylvania ( KYW ) — A machete-wielding man who was shot once by U.S. Marshals in Wissinoming on Wednesday was wanted for making terroristic threats, police say. Authorities say U.S. Marshals were attempting to stop 31-year-old Joseph Ankrah, who they’ve been tracking since last week after he threatened an Abington Township police officer.

It was a tense situation Wednesday morning on the 5900 block of Charles Street when neighbors say they heard gunshots and people screaming shortly after 8 a.m. Some even compared the situation to a television show.

“U.S. Marshals were on this side of my car, one in the middle of the street, one on the sidewalk,” eyewitness Michael DeMerritt said, “asking him to put down the machete.”

According to officials, Ankrah made a terroristic threat to an Abington Township police officer on May 13. An officer came across Ankrah sleeping in his car in the parking lot of Lorimer Park in Huntingdon Valley around 12 p.m. last Monday.

During the encounter, police say Ankrah told the officer the next time the officer saw him “it would be bloody,” while wearing what appeared to be a ballistic vest.

Investigators then discovered Ankrah attempted to buy an assault rifle and a handgun in March but was denied. That led to an arrest warrant and Abington police asking for assistance from U.S. Marshals.

On Wednesday, the U.S. Marshals stopped Ankrah in an alleyway, but officials say he refused to obey commands. Even after being tased, Ankrah refused to give up his machete.

Ankrah was hit once in the back after U.S. Marshals discharged their weapons several times, according to police.

“I looked out the window with my mom and saw some guy struggling to walk a little bit,” Steven Venango said. “He had blood on his back, dripping down. There was a guy with a gun pointed at him. He was keeping his distance.”

“He came around and had a machete,” DeMerritt said. “It looked like he had been shot because I saw the blood coming from him. Once they surrounded him and kept talking to him, he put the machete down, took steps back and then he laid down in the grass.”

Ankrah was transported to an area hospital and placed in stable condition.