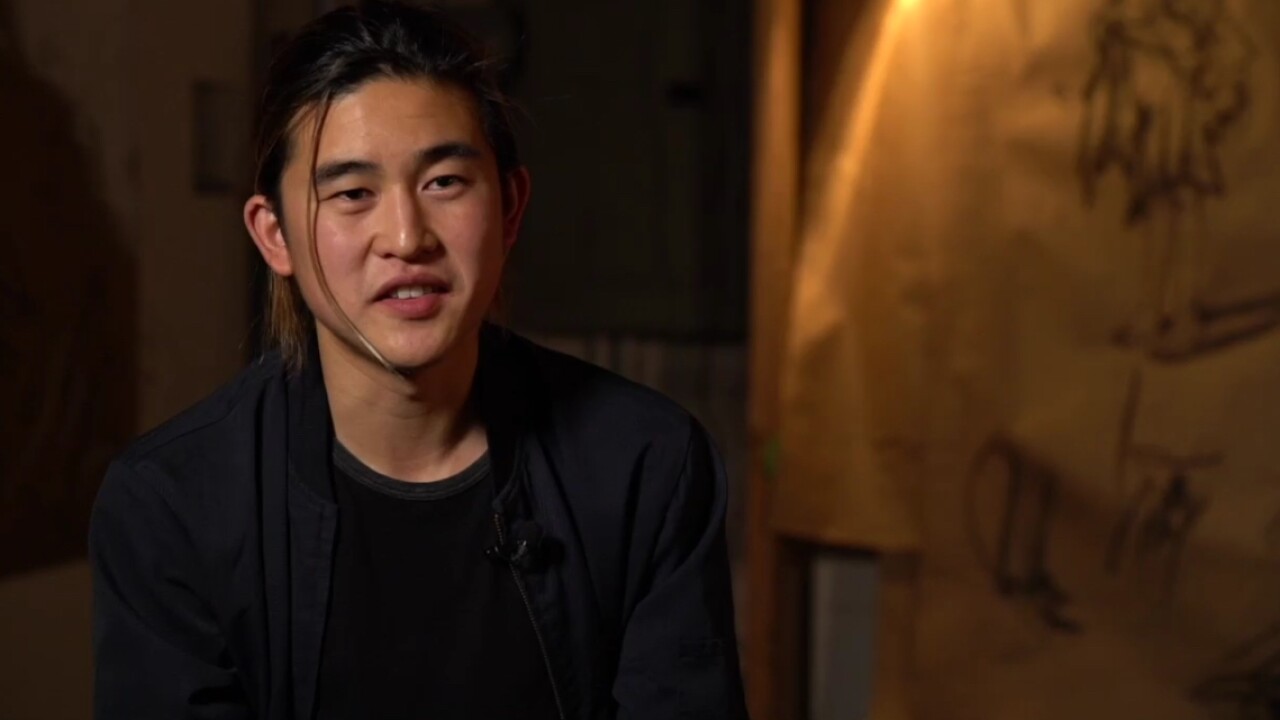 LOS ANGELES — Street art is considered criminal vandalism in most cities. But what one young man does in Los Angeles, he considers art.

“Part of the game of street art is to not get caught,” said the artist who goes by the name “Inksap.”

“You get this high from it,” he said.

The 24-year-old’s art mostly focuses on refugees, drawing inspiration from his family’s homeland of Vietnam. Inksap uses a mixture of chalks, pastels and spray paint; also rubber ink and then silkscreen.

“A portion of the ink goes through,” the artist said as he showed how he creates his works.

It’s a process he has always done solo, until one day, a dance instructor saw the art on the side of her dance studio.

Professional dancer Linda Lack said at first she told her staff they had graffiti, “and it’s absolutely beautiful!” she said to them.

She brought the art inside and saved it. She even wanted to pay the artist, but the problem was finding the person who made it.

She looked him up on social media and found him. He thought she was going to turn him in to authorities.

"Most of the time I get emails from people and it's mainly negative, so I avoid replying to stuff,” Inksap said.

He reluctantly agreed to meet her, and they instantly formed an unlikely bond.

"We somehow knew each other before we even met each other. So it was, it was unexpecting,” he said.

“One night, he said to me, 'You know we should be working together.' I said, 'You know, I’ve been thinking the same thing,' ” Lack said.

That’s how “Project Us” was born.

"I move, he draws. When I stop moving and he stops drawing, the images still dance. And they dance on walls in downtown Los Angeles,” she said.

"If you had told me, you know, two years ago, that at 73-years-old … I would be out on the streets, you know, as a street artist … I would have said you are crazy. There’s no way,” Lack said.

Their story has resonated with others, and a documentary about it is in the works.

The project has raised $35,000 and counting. They believe it’s popularity is because it showcases one basic thing:

“It's a willingness to connect on a human level with a stranger,” Lack said.

“ I mean, you have two people from different worlds,” Inksap said. “One is a movement artist, one is a visual artist.”

"We need it individually with one another, those connections,” Lack said. “We need it globally. We need it in this chapter of this world. "