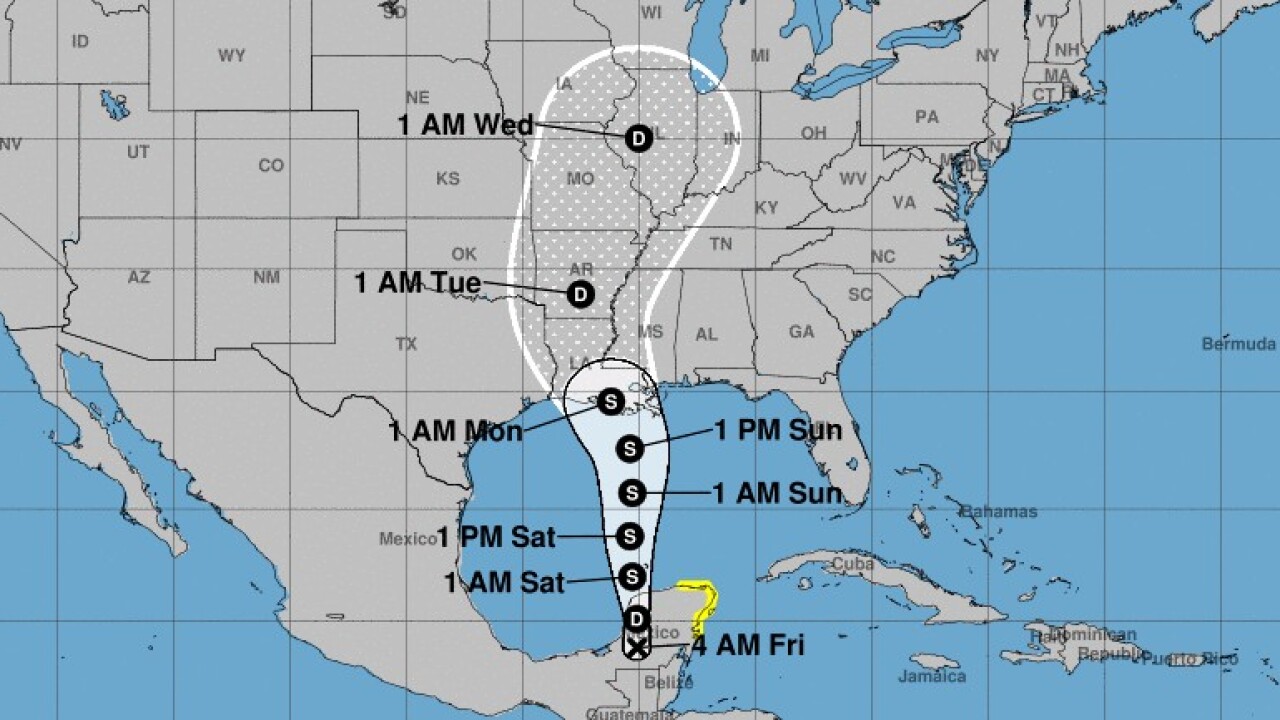 NEW ORLEANS, La. – Tropical Depression Cristobal is expected to reach the coast of the United States by Sunday evening or early Monday morning, according to a projection released by the U.S. National Hurricane Center Friday morning.

The NHC says the storm had maximum sustained winds of 35 mph Friday morning and was moving north-northeast at 7 mph. The storm was expected to cross the Yucatan peninsula Friday and eventually track to the U.S. Gulf coast.

The government of Mexico has issued a Tropical Storm Watch for the eastern Yucatan Peninsula from Punta Herrero to Rio Lagartos in association with Tropical Depression #Cristobal , for the possibility of tropical storm force winds later today. https://t.co/pGXcCHwe7K ? pic.twitter.com/3bdredsfYa

Cristobal made landfall in Mexico as a tropical storm Wednesday before weakening. It had formed this week in the Bay of Campeche from the remnants of Tropical Storm Amanda.

Louisiana Gov. Bel Edwards declared a state of emergency Thursday in advance of Cristobal, which he says is forecast to strengthen in the Gulf of Mexico and could become a Tropical Storm again.

“While it is still too early to know for sure what impact Cristobal could have on Louisiana, now is the time to make your plans, which should include the traditional emergency items along with masks and hand sanitizer as we continue to battle the coronavirus pandemic,” Gov. Edwards said. “A Flash flood watch has already been issued for a large part of the state, and heavy rain is expected. It is critically important for the people of Louisiana to be aware of this tropical threat. Our state, local and federal partners have spent the past several days working with local governments and emergency officials preparing for issues related to this and the ongoing COVID-19 emergency. They are ready to respond as needed."

Flood watches are also in effect in central and southern Florida for the rest of the week due to the combination of tropical moisture and an upper level disturbance, ABC News reports.