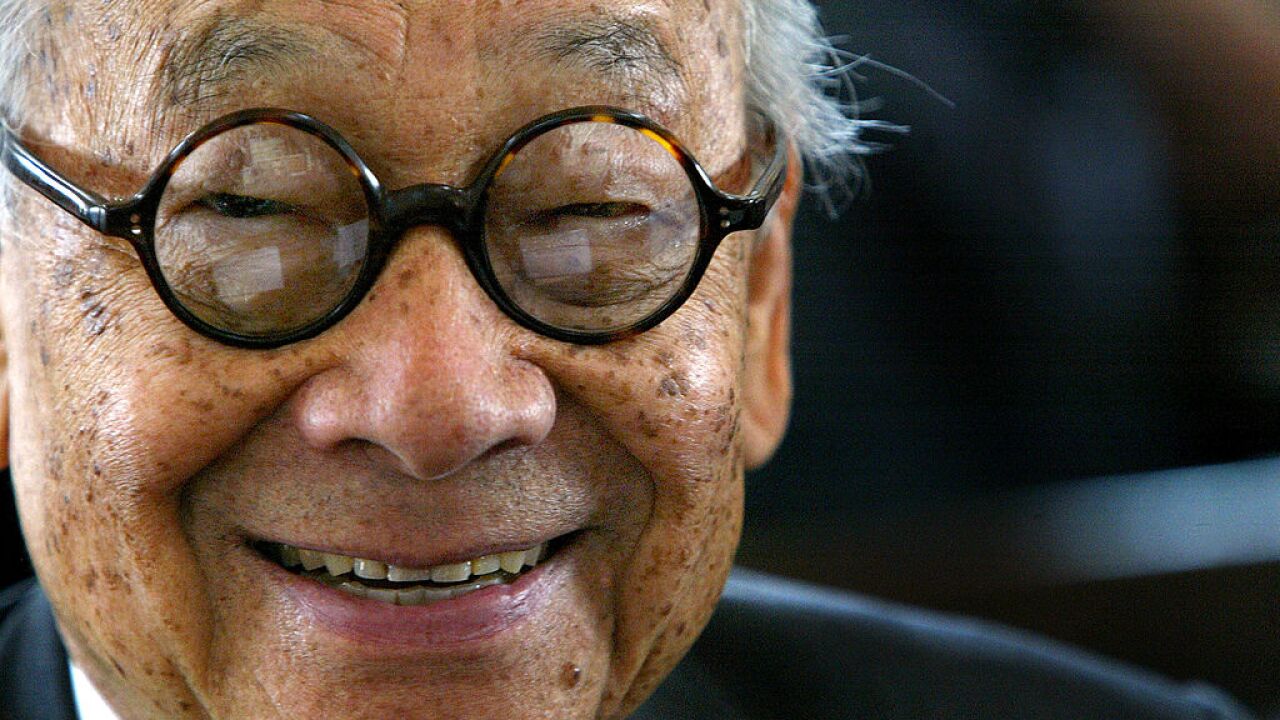 I.M. Pei, the Chinese born architect who was best known for designing the courtyard to the Louvre in Paris, the Rock and Roll Hall of Fame in Cleveland and the Kennedy Library in Boston, has died at the age of 102, the New York Times confirmed.

The cause of Pei's death has not been announced.

Pei moved to the United States at age 22, and learned from renowned architects such as Le Corbusier.

Pei's first professional design was built in Atlanta in 1949. It was a simple mixed-used facility, which was torn down in 2013.

In 1964, Pei was picked by John F. Kennedy's family to design his presidential library. The library ended up taking nearly 15 years to complete.

In the 1981, Pei's design of the Louvre's pyramid courtyard opened to the public.

During his career, he won many awards, including being awarded the Presidential Medal of Freedom by George H.W. Bush in 1992.

Pei was preceded in death by his wife Eileen of 70 years.