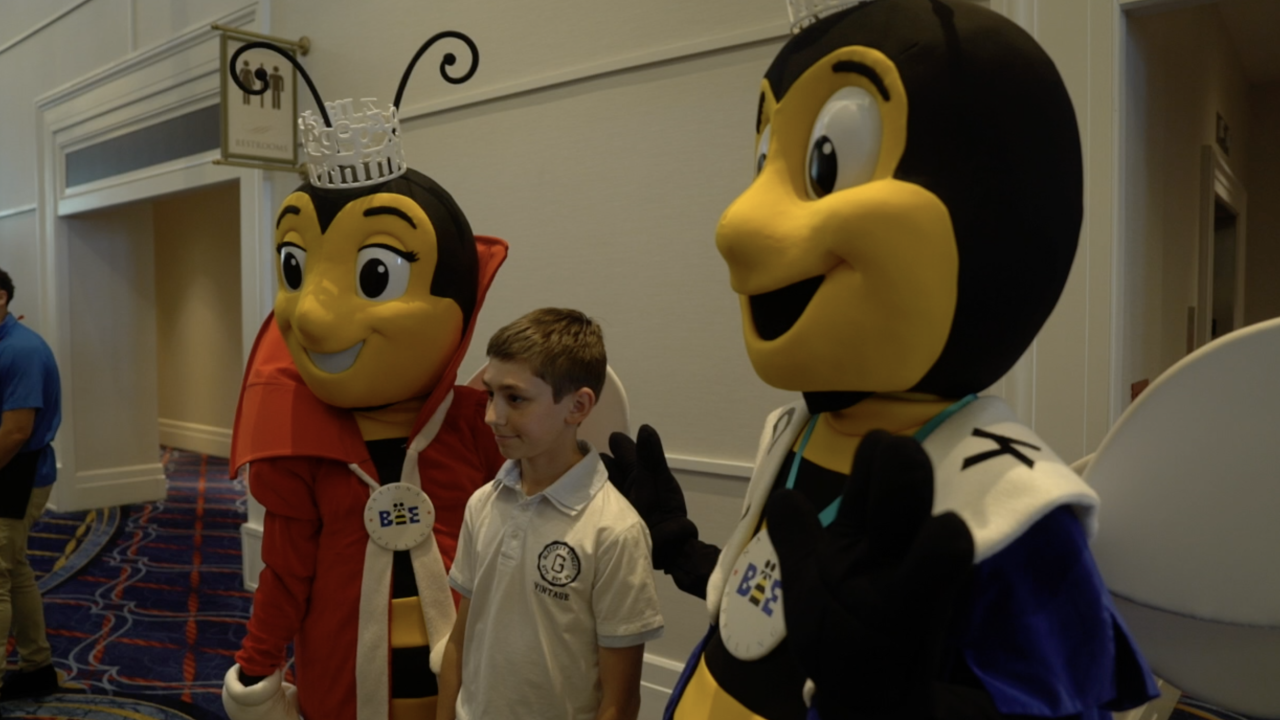 Registration for the 2019 Scripps National Spelling Bee is more than just a chance to sign-in for the competition.

It’s a chance to make friends, with the nearly 600 people gearing up for a once-in-a-lifetime experience.

“I've dreamed of being here. I never thought I’d make it,” says 7th-grader Frank Salzeider, who is from Detroit, Michigan. “Felt like it's crazy. It's like, I can’t explain. I can’t explain. No one can explain.”

Salzeider and other contestants signed each other’s “Beekeepers” books, which are similar to a yearbook. They also make plans to stay in touch.

“Once you meet people here, you can help each other study for next year, and you have something in common: spelling bee,” he says.

For Colette Giezentanner, of St. Louis, making it to the Scripps National Spelling Bee is surreal.
“I watched it on tv a lot since I was 7 and 8, and so, it's just weird to be in this place that I’ve seen on television so many times,” the 12-year-old says.

Giezentanner says she’s excited to be around other people who share her same interests.

“They've been doing it for the same, the same things as you to prepare,” she explains. “It's kind of like a community.”

But with all the excitement, the competition is still in the back of everyone’s minds.

“I’ve been really excited and a little bit nervous, but like, if you have been studying and you know you can get it right,” says 14-year-old Gabriella Agunanne of El Paso, Texas.

Meanwhile, these spellers are finding time for friendship and fun, while gearing up for a great competition.

“You'd be surprised that, oh it is all about winning, but you actually make a lot of friends here,” says Salzeider.