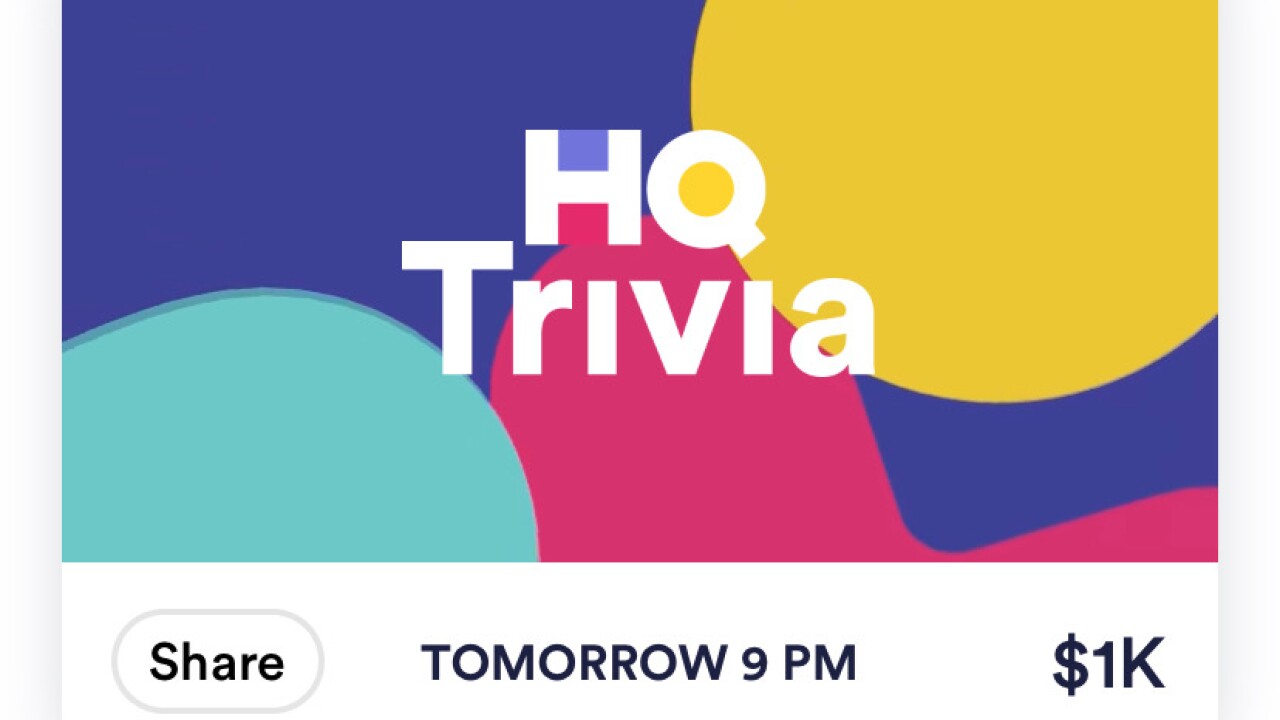 At its height, millions of smartphone users played along to HQ Trivia, a live trivia game show where anyone could win actual cash.

Depending on the number of winners on a given night, winners could earn anything from pennies to thousands.

But as of Friday, it appears the smartphone game is no more.

HQ Trivia has suspended the service, the company announced on its app on Friday. CNN was first to report the news.

CNN reported that HQ Trivia is laying off its remaining 25 employees.

In an email obtained by CNN, CEO Rus Yusupov told employees, "Lead investors are no longer willing to fund the company, and so effective today, HQ will cease operations and move to dissolution."

The service launched late in 2017, and turned its then host Scott Rogowsky into a celebrity. Rogowsky made appearances on various TV outlets, promoting the game. Rogowsky stepped down from the game in 2019.

The app won a host of awards, and even was nominated for a Primetime Emmy Award for Outstanding Interactive Program.