A 4-year-old Iowa girl went blind after contracting the flu. 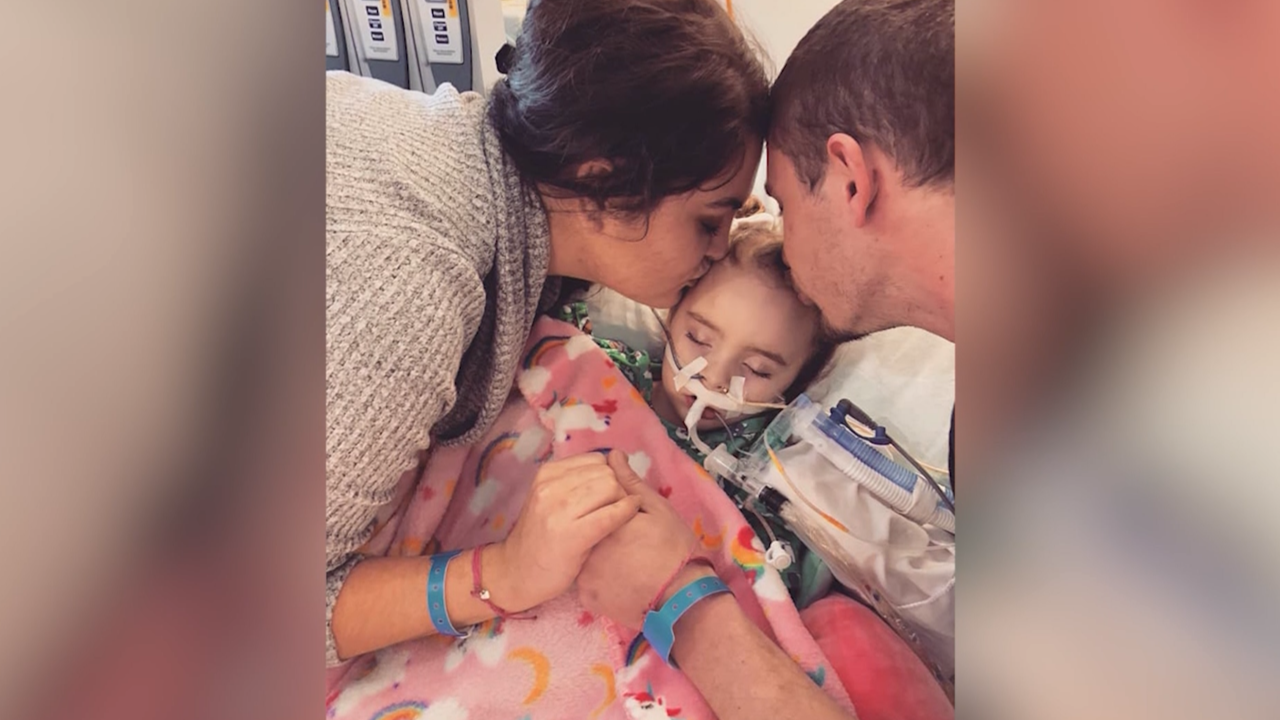 Jade DeLucia is a typical 4-year-old girl. She wears her hair in pigtails. She cuddles her stuffed animals. She hugs her parents and likes chocolate pudding.

But for about two weeks, things weren't looking so bright for the Iowa girl. Jade got a life-threatening case of the flu, CNN reports, and the illness left her blind, possibly permanently.

On Christmas Eve, the happy and healthy 4-year-old had to be life-flighted to the University of Iowa Stead Family Children's Hospital after her father, Stephen DeLucia, found the girl unresponsive.

"I didn't think I was going to see her again," Amanda Phillips, Jade's mom, told CNN. "At that point, I really didn't."

Jade had contracted a strain of the flu called influenza B. It's spreading quickly across the country, which is unusual for this time of year, according to the U.S. Centers for Disease Control and Prevention.

Doctors say children are most vulnerable to this strain of flu.

On Christmas Day, Jade's parents were told the flu had affected their child's brain. Encephalopathy, a broad term used for brain disease or brain damage, can be a complication of the flu, according to the CDC.

The family found out December 31 that Jade wasn't just suffering from encephalopathy, but acute necrotizing encephalopathy. ANE is a rare type of encephalopathy usually caused by a viral infection.

After being prescribed steroids, the swelling went down in Jade's brain. Eventually, after nearly two weeks, Jade woke up.

But the little girl still has a long way to go in her recovery. While Jade's eyes are fine, her brain suffered damage from the flu that has left her blind.

"It affected the part of her brain that perceives sight, and we don't know if she's going to get her vision back," said Dr. Theresa Czech, Jade's neurologist. "In about three to six months from now we'll know. Whatever recovery she has at six months, that's likely all she's going to get."

Her parents are thankful their child is alive, and are using the ordeal to remind others how important it is to get their flu shot.

"If I can stop one child from getting sick, that's what I want to do," Phillips told CNN. "It's terrible to see your child suffer like this."

Jade received her flu shot last March, and her mom, like many parents, assumed the shot was good for an entire year. She didn't realize her children needed to be vaccinated again for the 2019-2020 flu season.

"We want parents to know they should get a flu shot every season," Phillips said.

According to the latest data from the CDC, there have been 32 influenza-associated pediatric deaths so far this season.

Jade's parents have a GoFundMe page for anyone who wants to help with the child's medical bills.