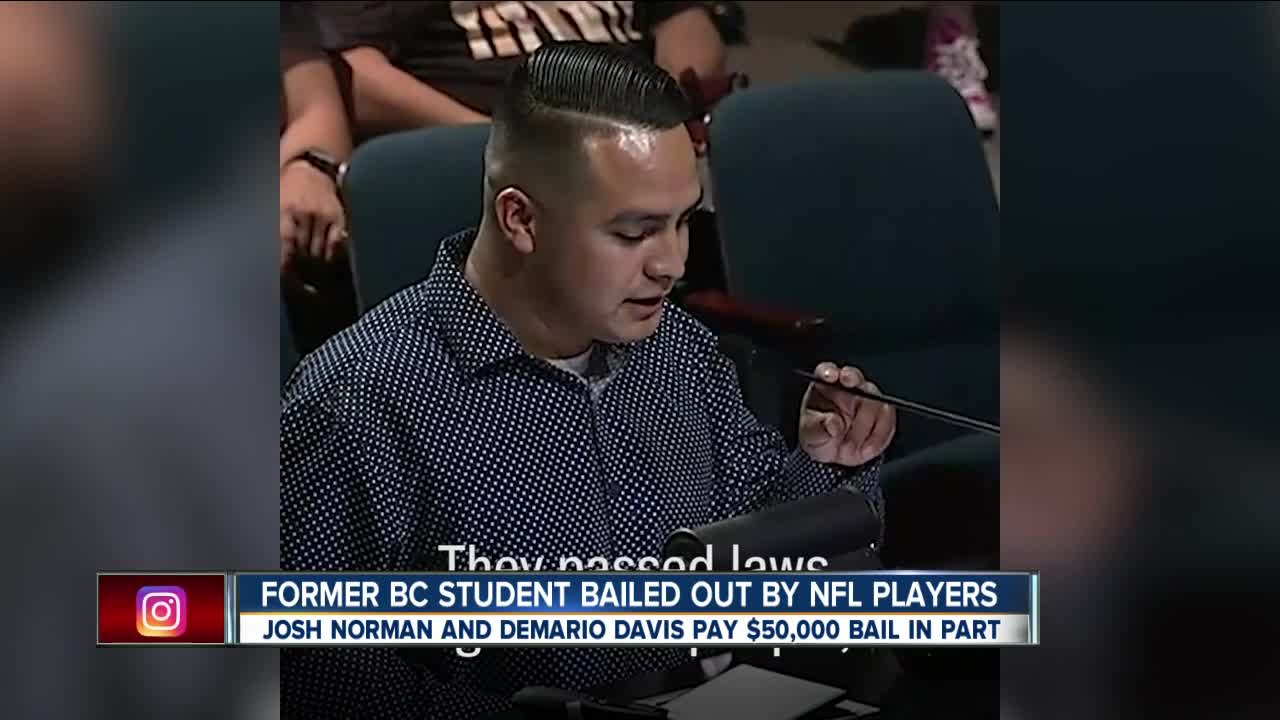 Jose Bello, the Bakersfield College student who was arrested and taken into custody by Immigration and Customs Enforcement agents has been bailed out. 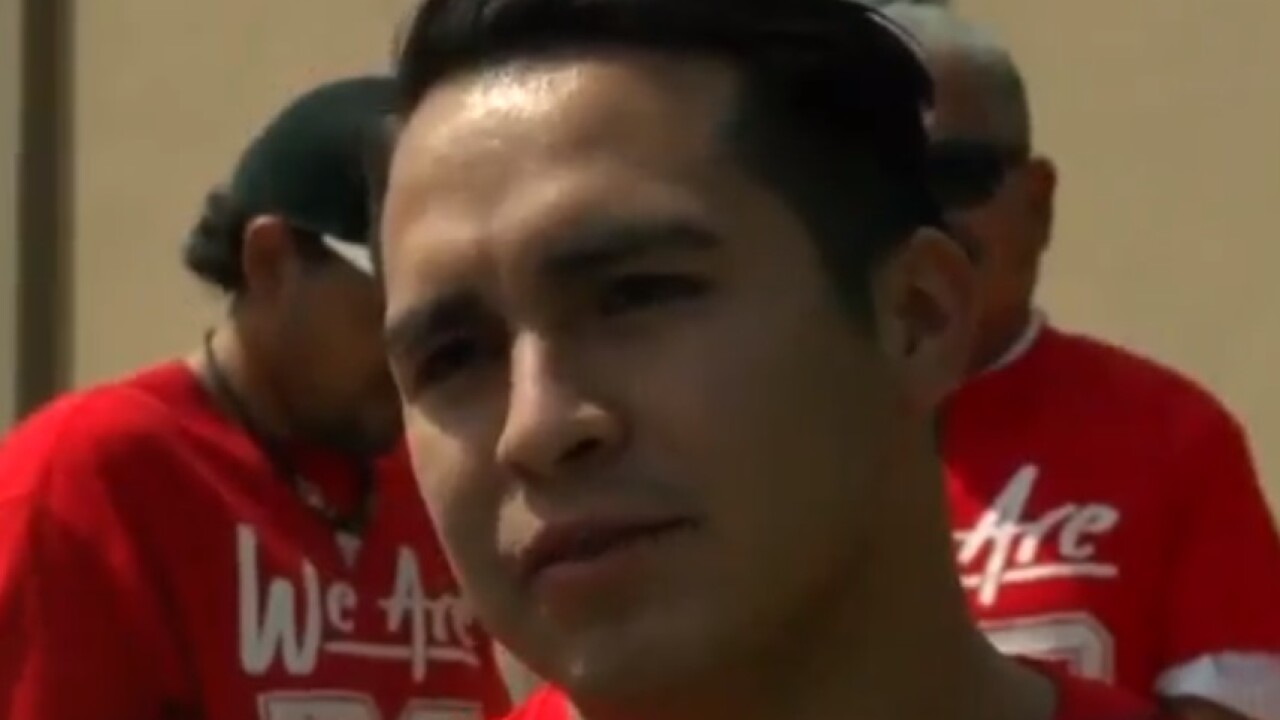 BAKERSFIELD, Calif. — Jose Bello, a college student who was arrested and taken into custody by U.S. Immigration and Customs Enforcement agents for the second time back in May, has been bailed out.

According to the American Civil Liberties Union, Bello had his $50,000 bail paid for in part by NFL players Josh Norman and Demario Davis, the New York Immigrant Freedom Fund and the National Bail Fund Network.

"I could see my whole future going out the window," Bello said.

The 22-year-old undocumented immigrant told KERO the last three months of his life, spent in an ICE detention center, were miserable.

Lee Wang, an employee at New York Immigrant Freedom Fund, said when Norman and Davis heard about Bello's case, they wanted to help.

"They were just so outraged by what happened, to have a father and activist targeted for daring to speak his mind and challenging what are just outright xenophobic immigration policies," Wang said.

Bello was arrested in May and placed into the Mesa Verde ICE Detention Center in Bakersfield, California. He was detained after reciting a poem called "Dear America" during the Kern County Board of Supervisors meeting. According to the ACLU, he was freed Monday.

"Jose Bello was exercising a fundamental right that we pride ourselves on as Americans,” said Norman, who plays for the Washington Redskins. “If he was detained for reciting a peaceful poem then we should really ask ourselves, are our words truly free? This is America right? Where the 1st Amendment is freedom of speech unless I missed the memo somewhere. He was exercising that right.”

It took the joint efforts of NYIFF (a @BKBailFund program) @bailfundnetwork @UFWF @ACLUSoCal myself & @J_No24 to get Jose home to his family. But support doesn’t always reach everyone in time. Thank you to these orgs and the countless others who continue to fight for freedoms.

Bello's history with ICE
Bello, a 22-year-old student at Bakersfield College, was taken into ICE custody the first time in May 2018 along with his brother Oscar Bello-Reyes.

At the time, ICE said Bello and his brother were arrested on suspicions of being in a gang and in Kern County illegally. Bello's attorney said it was a mistake and that the man has no criminal history and was a high-achieving student.

The gang charges were later dropped and Bello, an undocumented immigrant who came to America when he was three years old, posted the $10,000 bail for his release with the help of funds raised by various community groups.

But Bello's troubles with ICE weren't over. The student and father was then arrested again in May 2019, about 36 hours after reading his poem "Dear America" during a public forum.

The poem was written after his first ICE detainment and is critical of immigration authorities, reading in part: “We demand our respect. We want our dignity back. / Our roots run deep in this country, now that’s a true fact … We don’t want your jobs. We don’t want your money. / We’re here to work hard, pay taxes, and study.”

The ACLU of Southern California filed a court order on Bello’s behalf, alleging his First Amendment rights had been violated by the second ICE arrest and that the $50,000 bail was too high, according to bakersfield.com .

But a federal judge denied a motion.

In January 2019, Bello was charged with driving under the influence of alcohol. He pleaded no contest and was sentenced to three years probation. This played a role in the judge's decision.

But the judge did note that the second ICE arrest was “highly suggestive of retaliatory intent.”

This story was originally published on KERO. The E.W. Scripps national team contributed to this report.