If you're dreaming of climbing Mount Everest, this is what it takes 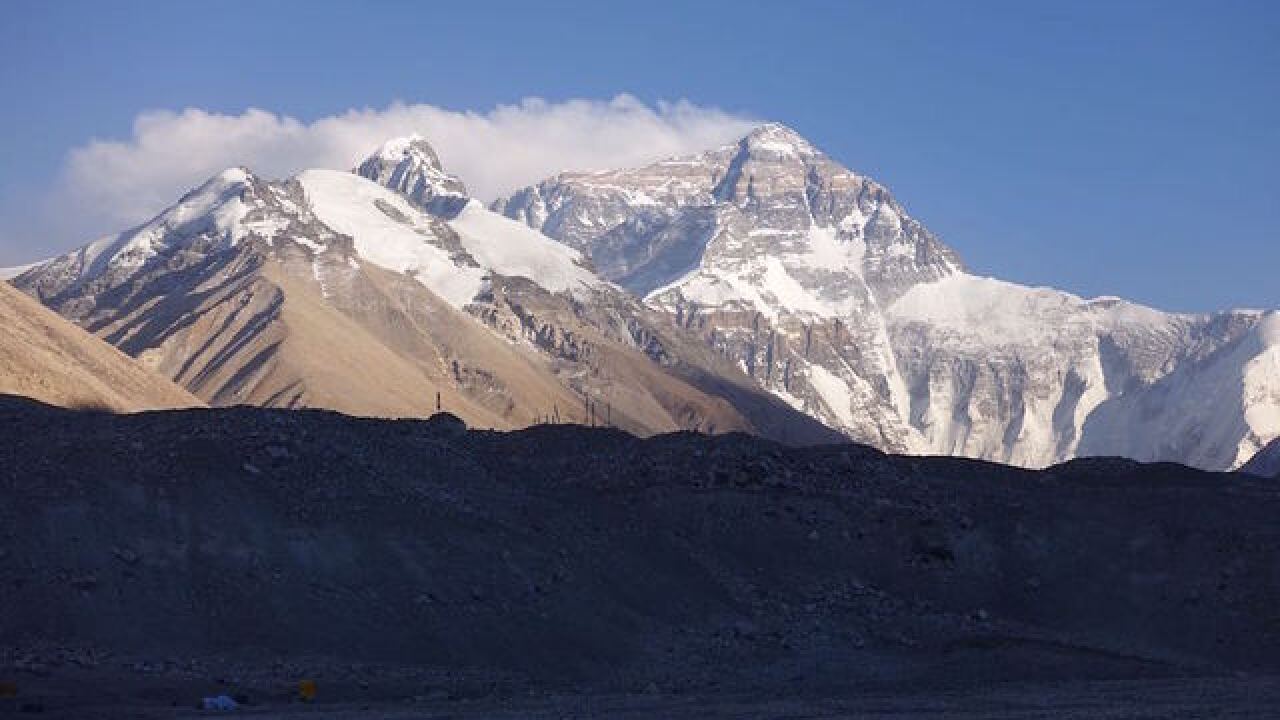 Physical training and tens of thousands of dollars are just a few of the things adventure-seekers need to conquer Mount Everest. Experts say it takes much more than that to check it off your bucket list.

Hundreds of people from around the world travel to the Himalayas every year, dreaming of reaching the Everest summit. They spend weeks getting their gear, adjusting to the altitude and simply waiting for good weather.

Here's what you need to know if you are thinking of climbing Everest.

When is the best time to climb Everest?

Most mountaineers attempt to ascend the world's tallest peak in May. There's a brief window of time -- usually after May 15 -- when temperatures are warmer and the high-altitude winds known as the jet stream have moved away from the mountains.

It's also right before monsoon season. Climbers usually try to avoid visiting the Everest region if there's frequent rainfall, as it can make the trail conditions slippery and dangerous.

"It's the time of the year when you have the highest chance of getting to the summit," said Dale Remsberg, technical director for the American Mountain Guides Association.

Having good weather is crucial for climbers. Remsberg said climbers won't try to seek the summit without the right weather conditions. Many spent weeks at base camp just waiting without guarantee they'll actually reach it.

Where does the trip begin?

Mount Everest sits right at the border between Nepal and Tibet. There are many possible routes, but the majority of Everest climbers usually choose between two -- the south route in Nepal and the north route in Tibet.

Most trekking companies operate in Nepal, as climbing in Tibet has become more expensive and more controlled in recent years.

Those climbing on the south route fly into Nepal's capital of Kathmandu, then fly on to the village of Lukla, where travelers begin hiking to the Everest base camp.

How long does it take to climb Everest?

It takes about two months to climb Mt. Everest.

Gordon Janow, director of programs at Alpine Ascents International, a Seattle-based expedition company, flew a group of 12 climbers to the Himalayas in late March and doesn't expect them to come home until the end of May.

The climbers, along with staff members and Sherpa guides, would spend nearly two weeks hiking to the Everest base camp, which sits at an altitude of around 17,000 feet (5,200 meters).

They would then spend about two weeks adjusting to the altitude and waiting on good weather conditions before continuing for another four days, reaching other camps and finally ascending to the summit.

Most climbers spend months or even years before even thinking about making it to the Himalayas. Janow said his guides only take climbers to Everest who have successfully reached one or two other challenging peaks.

How much does it cost?

The cost includes $11,000 for the climbing permit from the government of Nepal or Tibet, bottled oxygen and high-altitude gear that includes tents, sleeping bags and boots.

It also covers medical care, food and support from Sherpa guides and bottled oxygen for them, which is mandatory for every foreign climber.

Does anyone regulate how many people go up?

Yes, but there is no cap on how many people can make the climb.

A total of 381 permits were issued this year, just nine more than Nepal issued in 2017, according to Danduraj Ghimire, director general of Nepal's Tourism Department.

But Alan Arnette, who has climbed Everest four times, explained that many more people are trying to climb from the Nepalese side.

He believes that about 800 people could be making the journey up since each foreigner requires a Sherpa guide.

While most expedition companies review their clients' experience before helping them get a permit, Nepal does not currently require proof of climbing experience for those climbing Everest, Ghimire said. He said authorities are considering changing that practice.