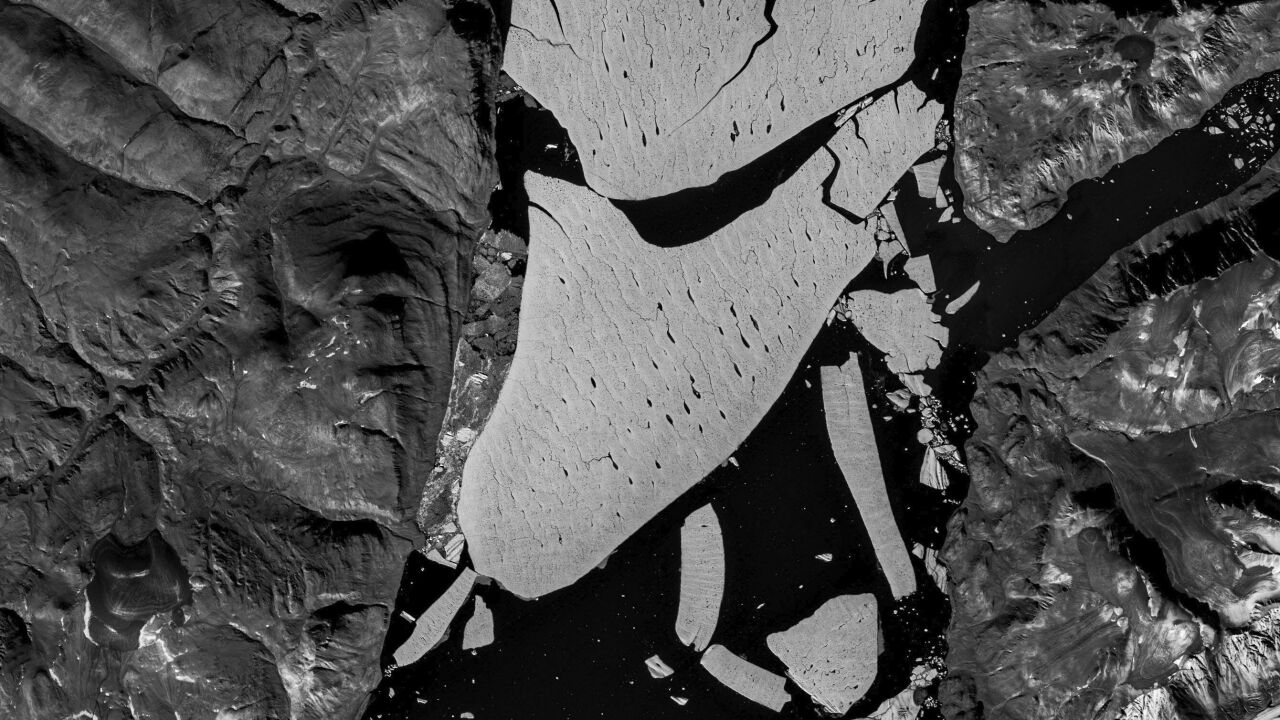 European Space Agency/AP
In this image proved by the European Space Agency, ESA, showing the glacier section that broke off the fjord called Nioghalvfjerdsfjorden, bottom, which is roughly 80 kilometers (50 miles) long and 20 kilometers (12 miles) wide, the National Geological Survey of Denmark and Greenland said Monday Sept. 14, 2020. The glacier is at the end of the Northeast Greenland Ice Stream, where it flows off land and into the ocean. Scientists with National Geological Survey see it as evidence of rapid climate change leading to the disintegration of the Arctic's largest remaining ice shelf. (European Space Agency via AP)

COPENHAGEN, Denmark (AP) — Scientists say an enormous chunk of Greenland’s ice cap, estimated to be about 110 square kilometers (42.3 square miles), has broken off in the far northeastern Arctic. For comparison, Manhattan is roughly 22 square miles.

They see it as evidence of rapid climate change, which is leading to the disintegration of the Arctic's largest remaining ice shelf.

The section broke off a 50-mile long fjord at the front end of the Northeast Greenland Ice Stream, where it flows off the land and into the ocean.

One scientist says “we should be very concerned” about the ice loss. In August, a study showed that Greenland lost a record amount of ice during an extra warm 2019.