Her parents were farmworkers. She was a teen mom. A viral graduation photo made her story known 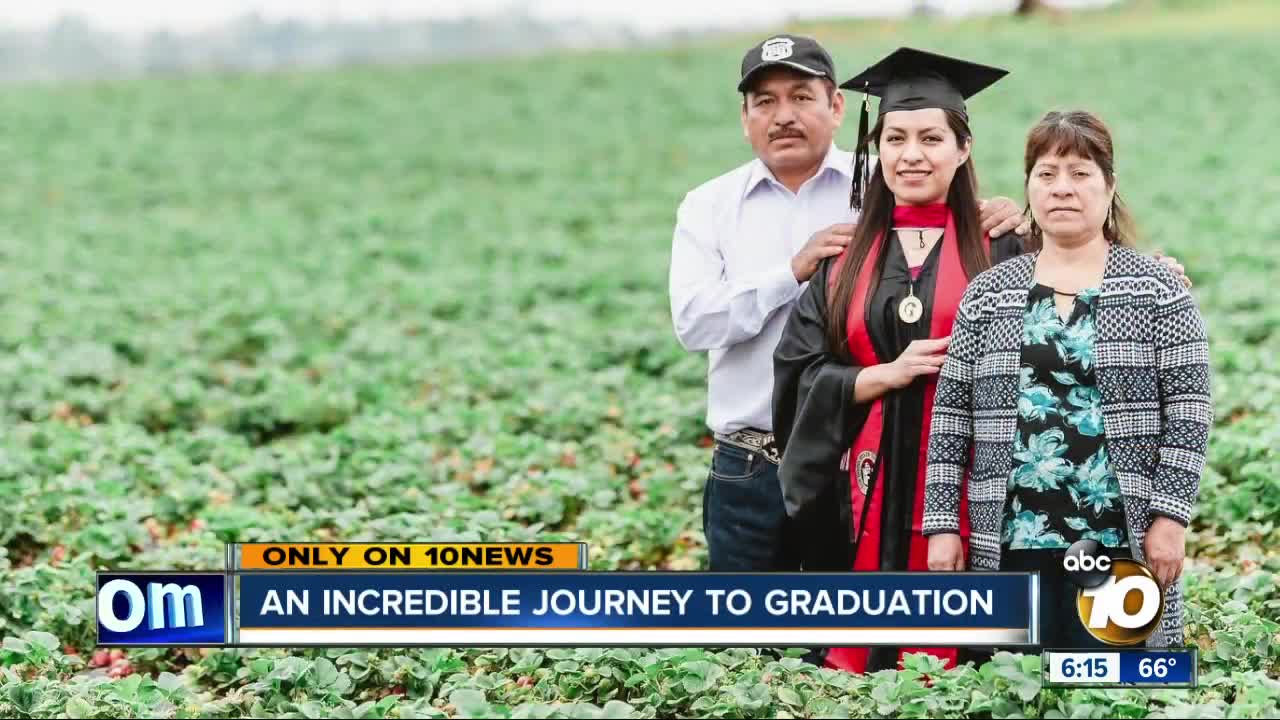 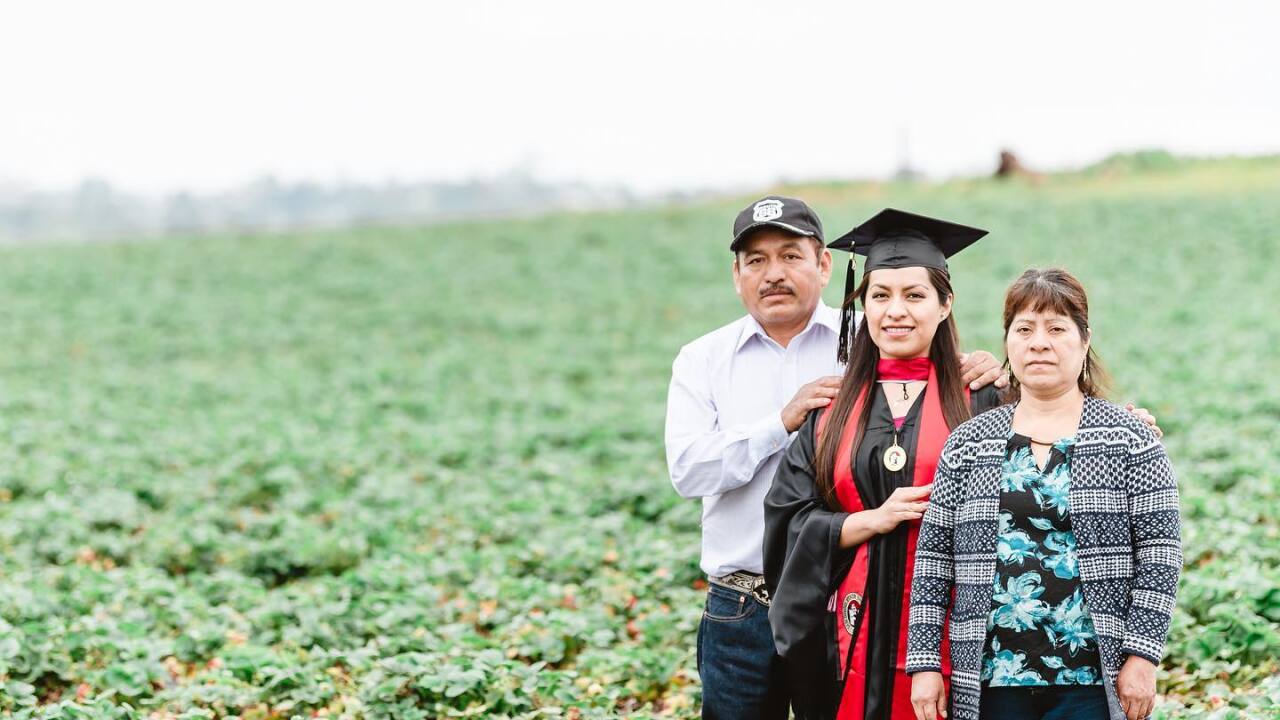 SAN MARCOS, Calif. — A photo of a California State University San Marcos graduate is going viral. It shows 29-year-old Erica Alfaro in her cap and gown, standing with her parents, in the middle of a strawberry field in Carlsbad, California.

Her educational journey was anything but easy.

Alfaro said she dropped out of high school and was stuck in an abusive relationship.

“My baby’s father forced me to sleep outside with my baby,” Alfaro said. “That is the night I decided to go back to school.”

She left Fresno and returned home to Oceanside. It was then that she remembered a moment from when she was 13 years old.

Alfaro was born in Fresno but spent most of her elementary school years in Tijuana, Mexico. When she was 13, she and her family moved to Oceanside. Her parents got jobs as farm workers. They never received a formal education.

“They don’t know how to read or write,” Alfaro said.

All the signs pointed toward her repeating that cycle. But Alfaro was not going to let that happen.

Little Luis inspired her to finish high school through homeschooling and enroll in junior college. The next step was Cal State San Marcos. Statistics show that only 2 percent of teen mothers finish college by the age of 30. But Alfaro pushed forward.

“At first I thought I was being unrealistic, but I just started to keep going,” she said.

But in 2012, Alfaro got a diagnosis that changed her life once again.

“My son was diagnosed with cerebral palsy,” she said.

The depression overcame her, and she dropped out of college. But again, she remembered that day at the tomato fields.

“I had so many excuses to give up. But giving up was never an option,” Alfaro said.

Five years later, she earned her bachelor's degree at CSU San Marcos. On Sunday, as if she has not accomplished enough, Alfaro will receive a Masters in Education from San Diego State University. She hopes to inspire students, and her now 13-year-old son, to never give up.

“My son represents a new generation,” Alfaro said. “He will have a better future. He will have more opportunities, and I will be there to tell him that it is possible. That he belongs. All those things I never heard myself.”