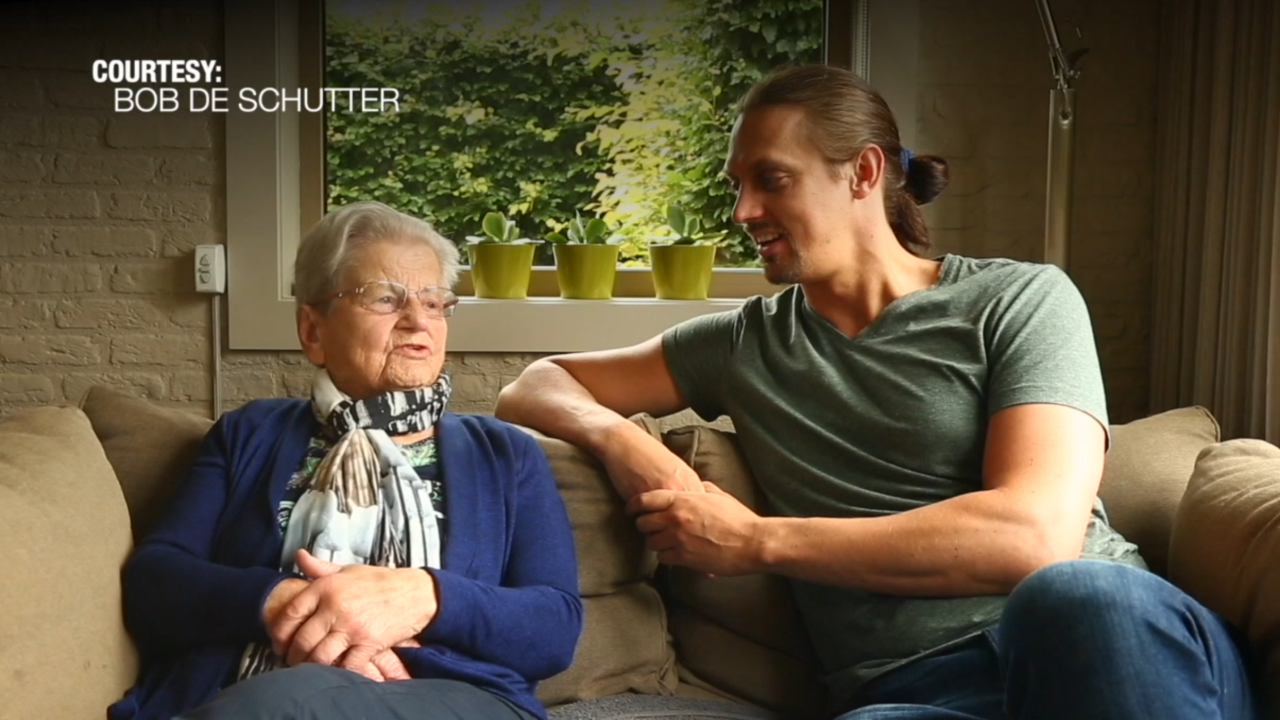 Video games allow us to let go and play in someone else's world for a while.

At the Smithsonian American Art Museum's recent video game convention, one game is getting a lot of attention for combining beautiful graphics with the ugliness of war. The game is called Brukel and it tells the story of World War II through the eyes of someone who lived it.

“This whole thing is obviously a labor of love,” one gamer said of Brukel. “It’s obviously very personal to the creator.”

The creator is Bob DeSchutter, an award-winning video game developer and a college professor at Miami University.

“In the game, you go in there and you have your cellphone with you,” he says. “You can take pictures of everything, and if you take pictures of an object, you hear my grandma talk about it.”

De Schutter traveled to Belgium to have his 93-year-old grandmother, Bie Verlinden, narrate this video game.

Verlinden is also the game’s hero, and players shoot a camera instead of a gun.

It took De Schutter five years of coding to create Brukel, and the finished product has both his critics' and grandma’s approval.

“She’s like, ‘Oh, wow! This looks exactly the way it was,’” De Schutter says about his grandmother’s reaction to the video game. “I’m obviously very happy about that.”

The game is also gaining positive attention among parents, who say they are happy to have their children play this game.

“It’s a different spin from Fortnite, from Madden and all the other games that they play,” says parent Shaunice Morris. “Now, they’re able to play the game and have fun playing the video game, but also learn while in the process.”

It's learning that includes life lessons that span countries and cultures, coming from a woman who lived through war and is now able to share her stories across generations through gaming.