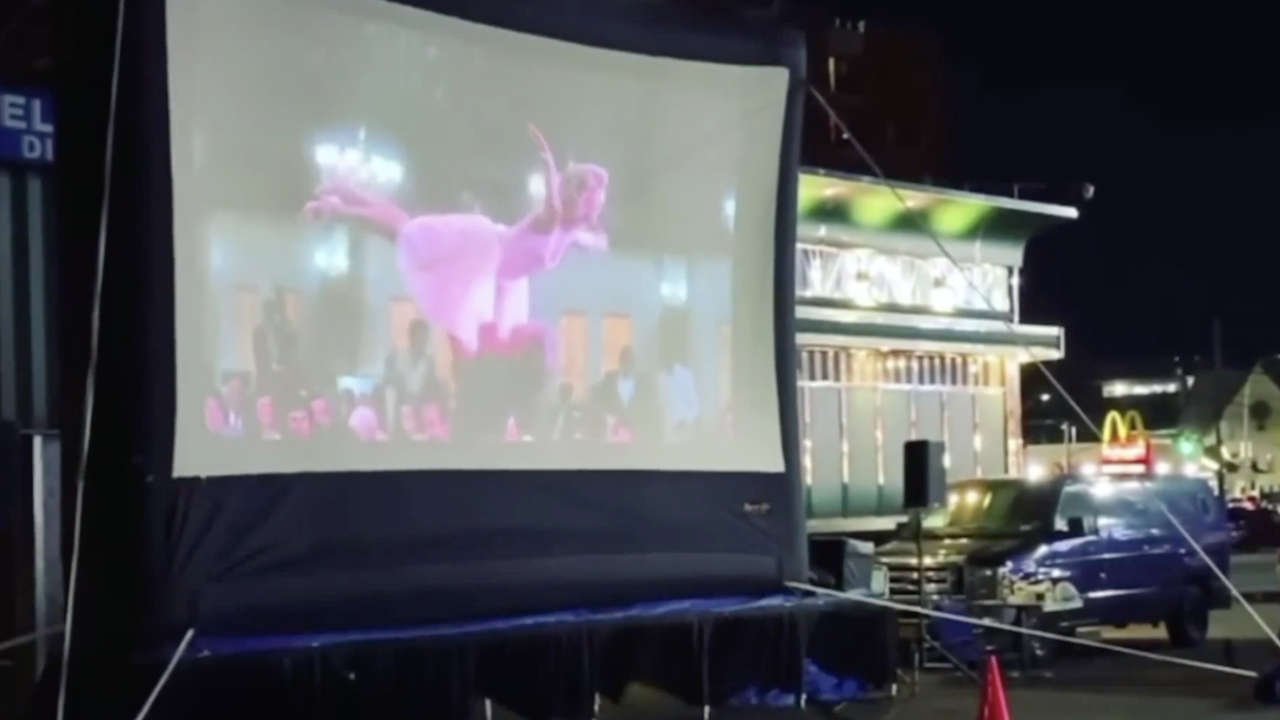 They've been ignored for decades, but now, drive-in movie theaters are making a huge comeback. It's the only place where large crowds of people can see a movie together, and still maintain a social distance.

Usually on vacant lots or in rural areas, the drive-in was hugely popular. Until it wasn't. Fancy theaters took over and many of those sites became a piece of history, the empty lots they sat on often doubling as a swap meet.

“It’s been one of the most interesting stories of the pandemic, in terms of the movie business, is that drive-ins, which have been mostly ignored since the 70s and 80s, have become the focal point for theatrical movie going and for people who want to get out of the house and go to the movies, because those are the spaces that are open and I think it will have an impact going forward,” said Ross Melnick, professor of film and media studies at the University of California Santa Barbara.

Melnick is also the man behind the website Cinema Treasures. The site provides research on more than 50,000 theaters around the world.

“It features memories, comments, data, photographs; it’s a globally crowd-sourced information database in which people can talk about when they worked at theaters, the information they have on them. as well as remembering their history and contemporary function,” he explained.

“When you’re home, you’re thinking about what you’re missing, what you used to do--used to go to the restaurant, coffee shop and one of the things they used to do is go to the movies,” Melnick said.

The Memphis-based Malco Theatres has been a family business since 1915. There are 36 locations and one drive-in, which recently reopened. Malco called it a "socially distant cinematic success."

“It’s selling out. It’s like the glory days,” said David Tashie, president of Malco Theatres. “Cars are piling in. The food is different, there’s walk-up tents and we’re bringing the food, so it’s definitely making a surge, and hopefully it continues when the indoor theaters open."

The "glory days" as shown from this newspaper clipping on the cinema treasures site. Malco Theatres have been through a lot through the decades, having to adapt to every technological evolution.

And now, they've survived a pandemic.

“There’s a lot of history here we’re trying to protect and we’re on it, and Hollywood needs to keep delivering movies and we’ll have great places to show them,” he said.

The Summer Drive-in is not alone. Melnick says there's been pop-up drive-ins all over the country and world. Some are so full they're turning people away. It's the one place where people can be together, even if they're not.

"The longevity of the kind of business it creates a stake in the community there’s this continuum you have this place that and multiple generations have grown up in the area,” Melnick said. “The summer drive-in is this consistent location for rites of passage- childhood, teenage hood or parenthood. You have this consistency.”