Dow drops today on fears about the tariff battle 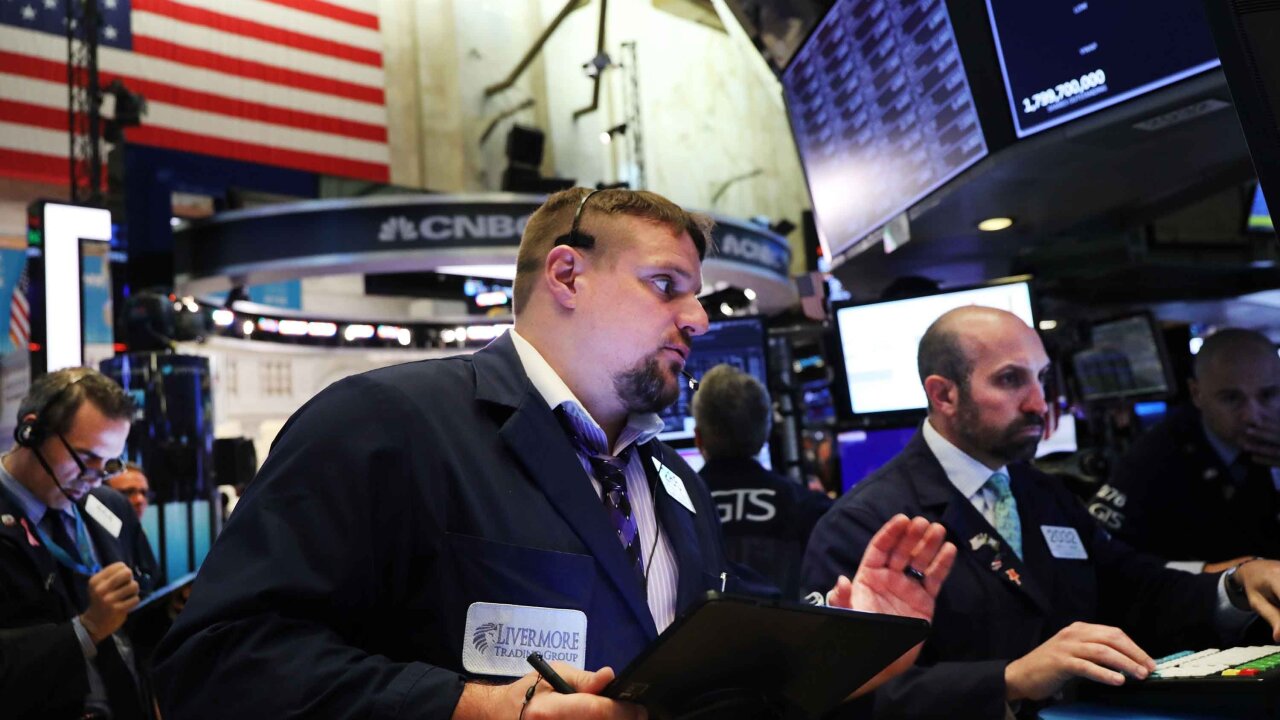 Wall Street is coming to grips with the idea that the US-China trade war will get worse before it gets better.

The Dow dropped as much as 407 points, or 1.6%, on Thursday on fears about the tariff battle slowing global growth and dinging corporate profits. The Dow was recently down about 350 points.

"The decision to lay tariffs all over the place ... has threatened the global expansion," Peter Boockvar, chief investment officer at Bleakley Advisory Group, wrote in a note to clients. "We've sprayed bullets (tariffs) into the sky and while some may drop on the intended target, many go where they weren't meant to land."

Tariffs through the 2020 election?

Wall Street firms have begun warning in recent days that President Donald Trump is likely to follow through on his threat to impose a 25% tariff on all remaining US imports from China. That kind of escalation would mark an all-out trade war scenario that few thought was possible just a few weeks ago.

Nomura warned in a report on Thursday that its baseline scenario now assumes the new tariffs will go into effect before the end of the year, lowering GDP growth by 0.3 percentage points from late 2019 into 2020. The tariffs, which will for the first time hit consumer goods including smartphones and PCs, will simultaneously raise inflation, Nomura said.

Worse, there are few signs that the trade war will be over soon because no formal negotiations are scheduled.

"Without a clear way forward during an intensifying 2020 US presidential election," Nomura chief US economist Lewis Alexander wrote on Thursday, "we see a rising risk that tariffs will remain in effect through end-2020."

Trade tensions have increased for several weeks as the United States and China both raised tariffs on each other's goods, and the United States placed restrictions on US firms doing business with Chinese tech giant Huawei on grounds of national security.

Tech stocks bore the brunt of the pain, as the technology sector could be particularly hard-hit if the trade war escalates.

US Secretary of State Mike Pompeo said the dispute over Huawei could deepen.

He reiterated the security risk the Trump Administration says is posed by Huawei's technology and said he expects other international companies to elect not to use their products.

Pompeo said he hoped that the "national security component" and the trade relations between the United States and China could be kept in separate lanes. He told CNBC he has spoken Treasury Secretary Steve Mnuchin "almost every day" during trade negotiations and that he's seen that team make progress.

But Chinese officials suggested that the dispute over Huawei could block trade negotiations in the escalating trade war.

"If the US would like to continue to talk, it should show its sincerity and correct its wrong actions," said Gao Feng, spokesman for China's Ministry of Commerce. "Only on the basis of equality and mutual respect, the talks can be continued."

Markets in China closed sharply lower with the Shanghai Composite and the Hang Seng both ending more than 1% lower.

The latest economic data underscore the high-stakes involved in the US-China trade war.

American business activity tumbled to a three-year low in May due in large part to concerns about tariffs, according to a report released on Thursday by IHS Markit. New orders declined for the first time since August 2009.

Investors are now worried about the consequences of another round of tariffs.

"That has larger economic implications," said Hogan. "The previous tariffs hit farmers, some manufacturers. This would hit everybody."

Hogan said there is still hope among investors that both sides reach a deal without a full scale trade war. But if there is a prolonged period of high tariffs and other actions, such as the Hauwei blacklist, that could mean even worse times for the market, Hogan said.

The retail sector has been hit particularly hard by the rising US-China tensions. Best Buy dropped 5% on Thursday after warning it may have to raise prices because of the trade war.

US oil prices plummeted 5%, tumbling below $60 a barrel, as trade war concerns and bearish inventory data weighed on oil prices. The energy sector was the worst performer in the S&P 500, tumbling 3%. Concho Resources, Devon Energy and Marathon Oil fell 5% or more.