D-Day 75th anniversary to be commemorated with events; President Trump will go to Normandy 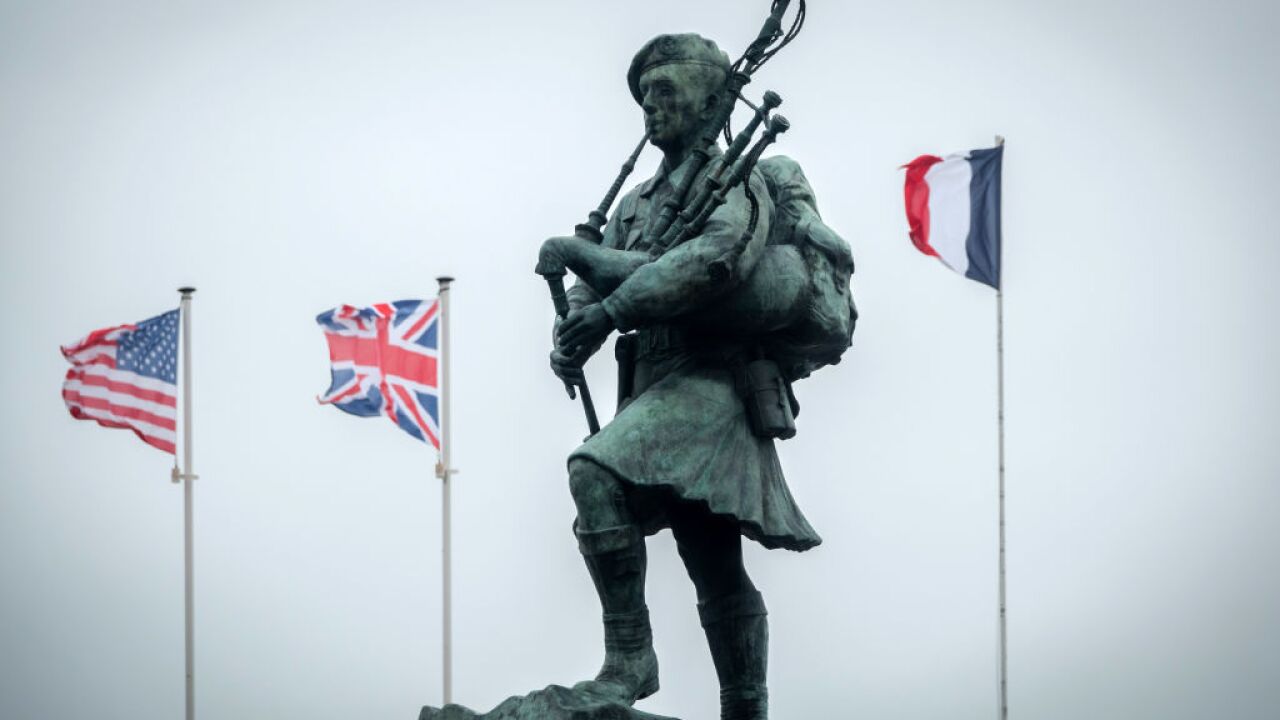 It was the battle that liberated Western Europe from Nazi Germany's control: June 6, 1944 was the beginning of the Battle of Normandy in World War II.

This year marks the 75th anniversary of that date, called "D-Day." More than 156,000 American, British and Canadian forces were allies when they landed on five beaches along 50 miles of the Normandy region of France.

History shows the invasion was one of the biggest and most-planned military assaults. The Germans were misled about where an invasion may occur.

Adolf Hitler knew a strike was coming, but he did not know where.

Two months after D-Day, northern France was free, and within a year, the Germans were all defeated by the group of allies.

The invasion at Normandy is thought of as the beginning of the end of war in Europe, History.com says.

The U.S. military during the Battle of Normandy was led by General Dwight Eisenhower, who had been appointed commander of "Operation Overlord."

How did the allies deceive the German military leaders? They carried out a "massive deception operation" (History.com) with an intention to make the Germans believe their invasion target was the narrowest point between Britain and France, called Pas-de-Calais, rather than Normandy.

They used everything from fake equipment to a phantom army led by George Patton. There were also fake radio transmissions.

D-Day was actually delayed by bad weather on the day before, History.com says.

Some D-Day facts:
• 5,000 ships delivered troops to the beaches (and supplies)
• 11,000 aircraft were in position to provide cover from above
• 156,000 allied troops stormed Normandy's beaches
• Estimates show 4,000 of those troops lost their lives during the invasion
• Thousands were wounded or went missing and were not found

To honor the 75th anniversary of D-Day and the invasion at Normandy, several national events are scheduled.

• PBS aired a television special on Memorial Day, a concert, that paid tribute to D-Day. In it, the story of SGT Ray Lambert, who served in World War II, was featured. Watch the concert here.
• The National WWII Museum in New Orleans, Louisiana will pause as it does every June 6 to remember those who landed on the beaches and lost their lives. It has a special exhibit through October that commemorates the anniversary through showing the life and works of a French fine-art painter who fought the Nazis and channeled that experience into art.
• Muskegon, Ohio is celebrating the anniversary this weekend (May 31-June 1) with displays and vendors and ship tours of the USS LST 393. It's open to the public. More information is on the LST393 website.
• "Go Ruck" challenges are scheduled in various cities across the U.S., including Washington D.C., Chicago, San Francisco and more. Most take place Saturday (June 1).
• In Portsmouth, New Hampshire, two of the last remaining high-speed World War II motor boats are on display. The military members who manned the boats during the war were always at risk as the boats carried tons of fuel and new technology.
• In Stokes Bay, New Hampshire, there's a D-Day 75 1940s dance with Big Band music. The band plays at war-themed events. The dance is happening Saturday evening.
• On June 6, U.S. President Donald Trump will gather in France with European leaders to honor the anniversary. D-Day veterans will be in attendance. Events are expected to be televised.
There are several other events planned throughout the year. See the D-Day anniversary website for details.