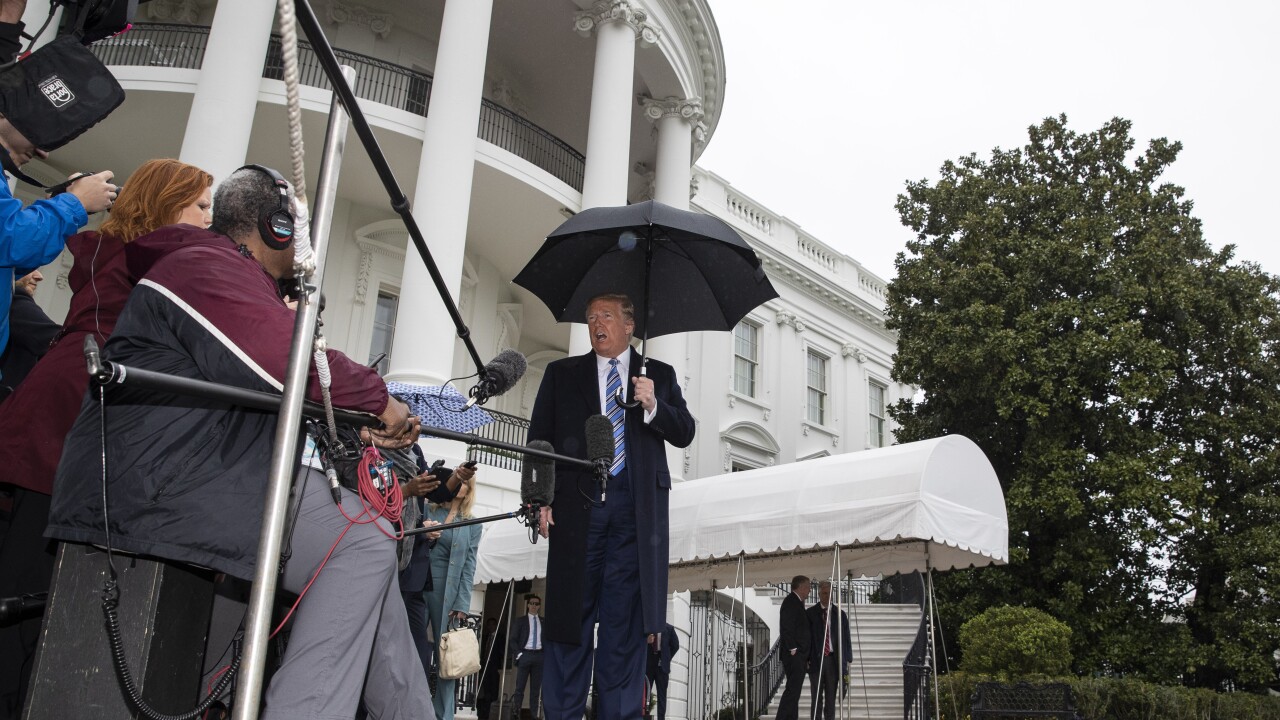 President Donald Trump says he has spoken with some governors and is considering some type of an enforceable quarantine to prevent people in New York and parts of New Jersey and Connecticut from traveling.

He tells reporters at the White House that it would be for a “short period of time, if we do it at all.”

"Some people would like to see New York quarantined because it's a hotspot, New York, New Jersey, maybe one or two other places, certain parts of Connecticut quarantined," the president said. "I'm thinking about that right now. We might not have to do it but there's a possibility that sometime today, we'll do a quarantine, short-term two weeks on New York, probably New Jersey, certain parts of Connecticut. Restrict travel. Because they are having problems down in Florida, a lot of New Yorkers going down there. We don't want that. This would be an enforceable quarantine. You know I'd rather not do it but we may need it."

New York is the country's epicenter of the coronavirus pandemic. But Cuomo says at a briefing in New York that he didn't talk about any quarantine during a conversation Saturday with Trump.