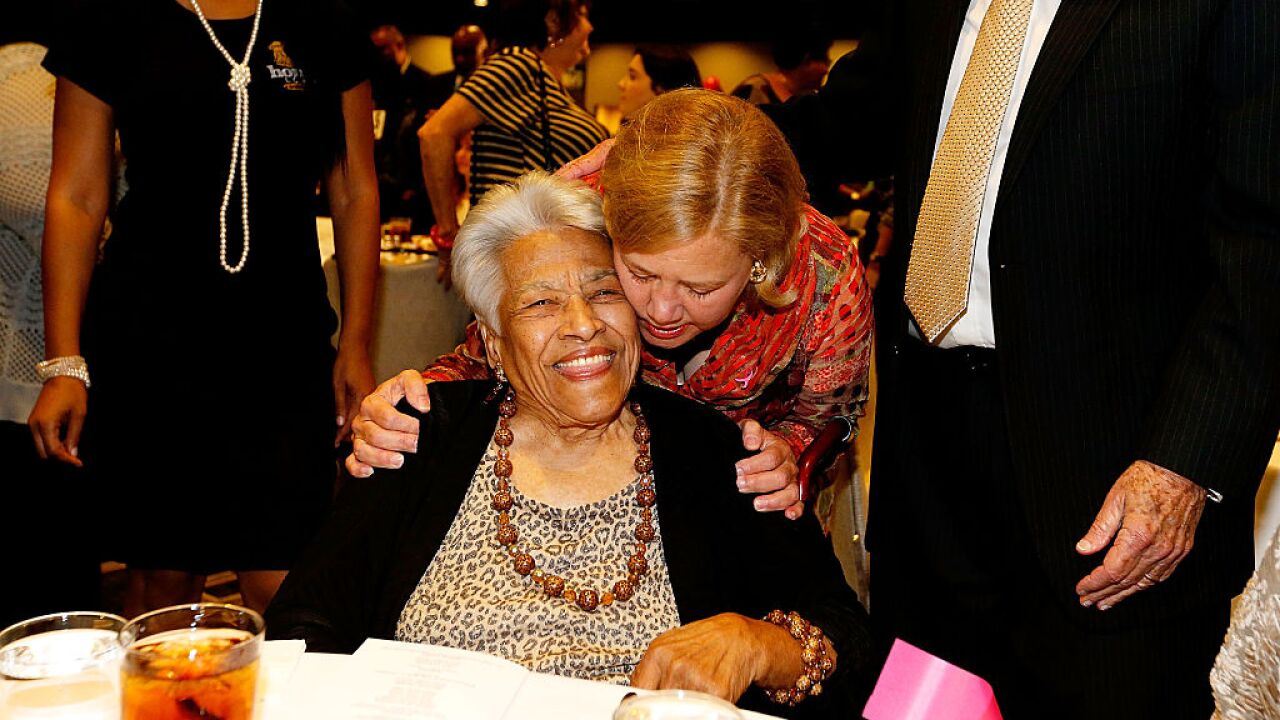 She fed presidents and Freedom Riders. She broke New Orleans' segregation laws by seating black and white patrons together. And she helped mend the country's divisions, one meal at a time.

In her seven-decade culinary career, Leah Chase did far more than introduce thousands to Creole cuisine.

The chef and civil rights activist died Saturday, her family said. She was 96 years old.

"Leah Chase, lovingly referred to as the Queen of Creole Cuisine, was the executive chef and co-owner of the historic and legendary Dooky Chase's Restaurant," her family said in a written statement.

"Her daily joy was not simply cooking, but preparing meals to bring people together. One of her most prized contributions was advocating for the Civil Rights Movement through feeding those on the front lines of the struggle for human dignity. She saw her role and that of Dooky Chase's Restaurant to serve as a vehicle for social change during a difficult time in our country's history."

Born and raised in Louisiana during the segregated Jim Crow era, Chase worked as a server in New Orleans' French Quarter in the early '40s.

After she married local jazz musician Edgar "Dooky" Chase Jr. in 1946, the couple took over his father's bustling sandwich shop in the predominantly black neighborhood of Treme. They transformed it into an elegant sit-down Creole restaurant and African American art gallery -- something virtually unheard of during a time of rare black-owned businesses.

Chase drew upon her childhood in Madisonville, Louisiana and her years as a server in New Orleans to reshape the restaurant.

Even though her family was poor, the finery came out on Sundays.

"On Sunday we did have a white tablecloth and napkins, and we had that fried chicken and the baked macaroni, so Sunday was what you looked forward to," Chase told CNN last year.

She wanted to bring those traditions to Dooky Chase's, as well as some of the customs she observed in French Quarter restaurants.

There would be no ketchup bottles on the table. "When I came I said, 'No, we gonna do like we do on the other side of town. We gonna change things,' " she said. "That took a lot of doing, but we did it, and I insist on service."

In the 1960s, Dooky Chase's became one of the few public places acceptable for races to mix while mapping strategy during the civil rights movement -- including black voter registration, NAACP meetings, and other political gatherings.

Activists had a safe haven at Chase's restaurant.

"Nobody bothered them once they were in here. The police never, ever bothered us here," she said. "So they would meet and they would plan to go out, do what they had to do, come back -- all over a bowl of gumbo and some fried chicken."

She inspired a Disney character

Chase's talent and contributions led to a mountain of accolades, including from the prestigious James Beard Foundation , the NAACP, and Southern Foodways Alliance.

The Southern Food and Beverage Museum has a permanent gallery named after Chase .

The chef even inspired the character Princess Tiana in Disney's 2009 movie "The Princess and the Frog."

"She was a culture-bearer in the truest sense," Cantrell tweeted . "We are poorer for her loss, and richer for having known and having loved her. She will be badly missed."