Dozens of tornadoes reported as central US braces for rain, wind and hail 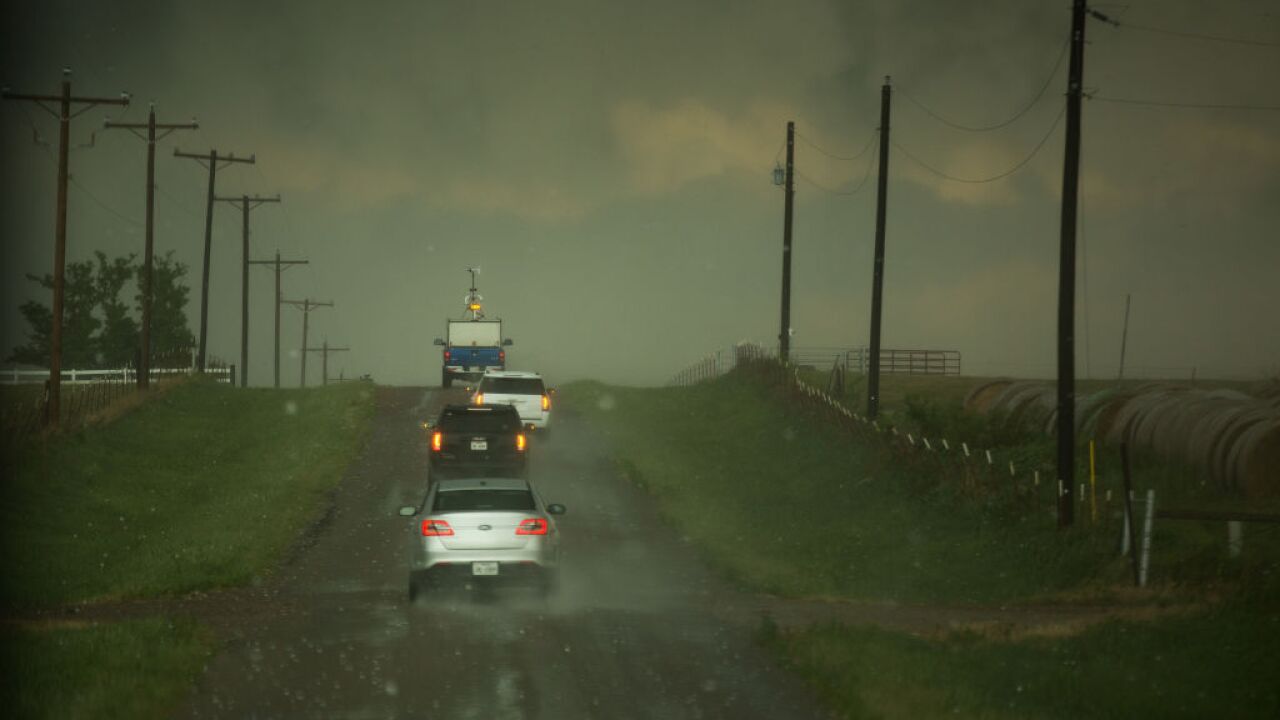 Texans are scrambling for cover Saturday as reports of tornadoes roll in and much of the central US readies for heavy rain, strong winds and large hail.

More than 70 million Americans are under the threat of severe weather from Texas to southern Minnesota, CNN meteorologist Haley Brink said. That total on Sunday jumps to 80 million under threat as storms are predicted to move into the Great Lakes area.

Areas of Texas and Oklahoma remain under a tornado watch.

There also are "better chances" for damaging winds and golf ball-sized hail Saturday afternoon and evening across the zone, the National Weather Service said. In eastern Iowa, dense fog is possible as strong thunderstorms take aim.

This is peak tornado season

The Plains have been pounded by strong winds, with at least 34 tornadoes reported since Friday morning across the central US, including Kansas, Nebraska and Texas.

Isolated tornado risks were possible across central and eastern Nebraska and in central and northern Kansas, the federal Storm Prediction Center warned. Wind gusts of up to 70 mph were likely, it said.

This is peak tornado season, CNN meteorologist Derek Van Dam said, "with an average of 268 tornadoes countrywide during the month of May."

Several days of warm, sunny weather had seemed to portend a "welcome to summer but that streak will end today," the weather service warned Kansas City on Friday.

"These storms will also produce periods of heavy rain that will once again saturate soils & set the stage for increased flood potential this coming Tue when the next round of heavy rain moves in," the weather service predicted for Missouri.

That's right, there's another round.

Flood threats across the central Plains will remain high through next week, Van Dam said, with rainfall totals ranging from 1 to 5 inches.

"The heavy rain will impact areas that have received significant amounts of rain within the past several weeks," Van Dam said. "The ground remains very saturated and may elevate the flood threat."

The Mississippi River this year has broken records with some of the longest-lasting floods in years. The river in Mississippi has been above flood stage for 133 days straight at Natchez, 90 days at Vicksburg and 89 days at Greenville, the weather service said.

In early May, the Mississippi broke its July 9, 1993 record, after heavy rainfall triggered flooding from Minnesota to the Gulf of Mexico, CNN affiliate WQAD reported . The flood gauge in 1993 at Rock Island, Illinois, topped out at 22.63 feet. Its level this month reached 22.64 feet, WQAD said.