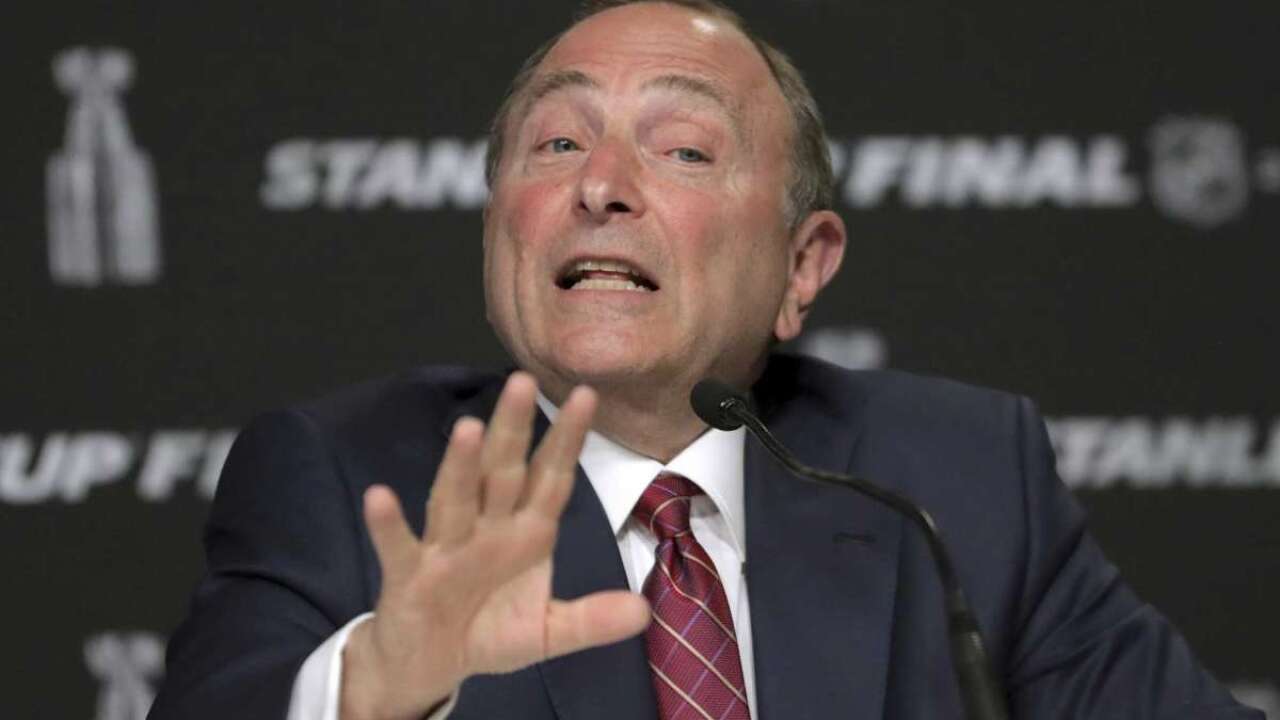 Charles Krupa/AP
FILE - In this May 27, 2019, file photo, NHL Commissioner Gary Bettman speaks to the media before Game 1 of the NHL hockey Stanley Cup Final between the St. Louis Blues and the Boston Bruins in Boston. The most aggressive timetable, a person familiar with discussions told The Associated Press, would have players returning to their home rinks as early as May 15, followed by a training camp and possible exhibition games in June. Bettman emphasized no decisions have been made and cautioned government and medical officials will ultimately make the call on when sports can return. (AP Photo/Charles Krupa, File)

NHL Commissioner Gary Bettman announced that the 2019-20 regular season is over, and the NHL plans on resuming with a 24-team straight-to-playoffs format with the league's other seven teams having their seasons ended.

The Players' Association voted last week to approve the 24-team format proposed by the Return to Play committee.

It involves the top four teams in each conference playing a mini-tournament for seeding, while the other 16 face off in best-of-five series to set the field.

There is still no timetable for the resumption of game action or when players can return to team facilities for voluntary workouts.

This announcement does come on the heels of the league and NHLPA unveiling protocols for those workouts, including a limit of six players on the ice at a time.

Matchups for the Western Conference:

The races in the Western Conference have been tight all season. What Qualifying Round series catches your eye?

Matchups for the Eastern Conference

Which Eastern Conference series would you be most excited to see in the Qualifying Round?