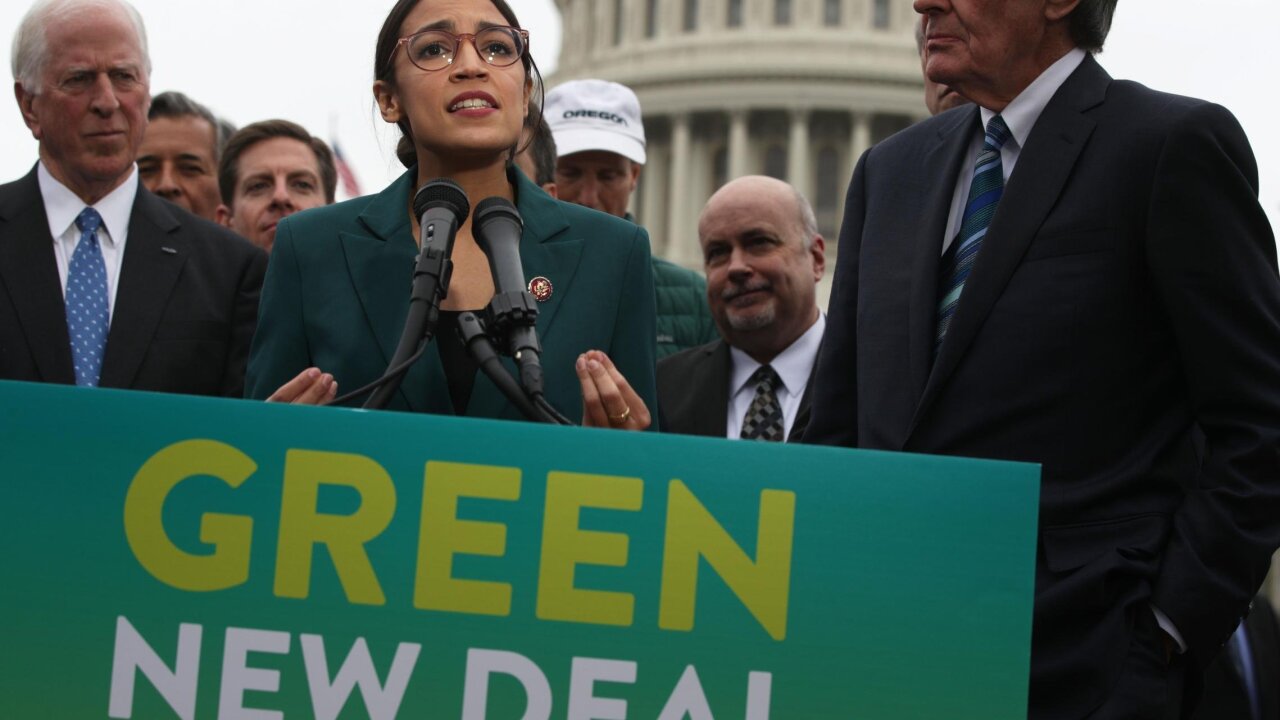 A minor league baseball team has apologized to Rep. Alexandria Ocasio-Cortez after the team aired a Memorial Day video in which the New York Democrat was depicted among "enemies of freedom."

"We're embarrassed we allowed this video to play without seeing it in its entirety first. We unconditionally apologize to Rep. Ocasio-Cortez (@AOC) in addition to our fans, community and those we hurt. It was a mistake and we will ensure that nothing like it ever happens again," the Fresno Grizzlies, a Triple-A affiliate of the Washington Nationals, tweeted.

The Grizzlies' apology came after the team showed a video at a game on Memorial Day that features a speech from former President Ronald Reagan alongside a series of patriotic and military images. During the video, according to CNN affiliate KGPE , as Reagan can be heard referencing the "enemies of freedom," the video shows Ocasio-Cortez, North Korean leader Kim Jong Un, former Cuban President Fidel Castro and Antifa protesters.


The team said in a statement that "unfortunately what was supposed to be a moving tribute ended with some misleading and offensive editing, which made a statement that was not our intent and certainly not our opinion."

Ocasio-Cortez addressed the video Tuesday evening in a Twitter thread recounting the "flood of death threats" inspired by hateful videos targeting her.

"What people don't (maybe do) realize is when orgs air these hateful messages, my life changes bc of the flood of death threats they inspire. I've had mornings where I wake up & the 1st thing I do w/ my coffee is review photos of the men (it's always men) who want to kill me," Ocasio-Cortez wrote. She continued: "I don't even get to see all of them. Just the ones that have been flagged as particularly troubling. It happens whenever Fox gets particularly aggressive + hateful, too. Young interns have to constantly hear hateful messages (far beyond disagreement) from ppl we don't even rep."

When reached by CNN, the Nationals declined to comment. The Nationals previously referred The Washington Post to the Grizzlies' statement apologizing to Ocasio-Cortez.

A message left with Ocasio-Cortez's office seeking comment was not immediately returned Tuesday.

In less than a year after a shocking primary win in a New York City district, Ocasio-Cortez has become one of the most prominent progressive politicians in the US and a regular target of criticism by right-wing media and GOP officials.