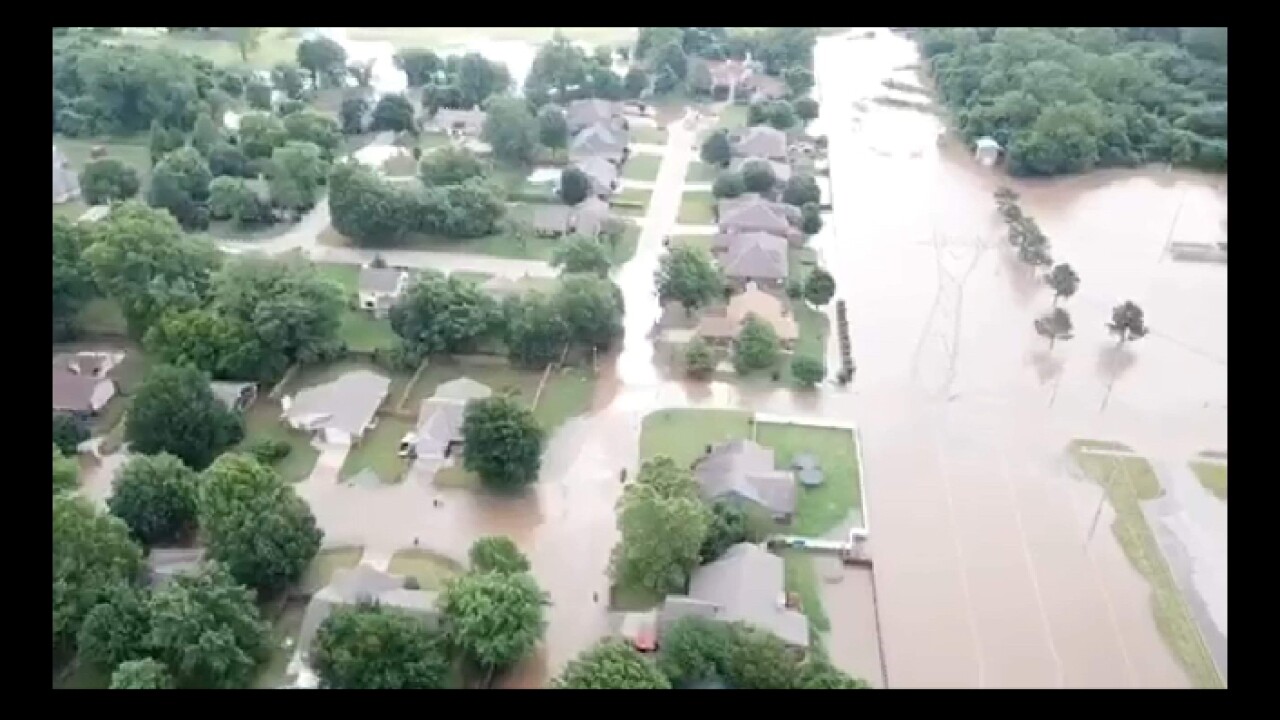 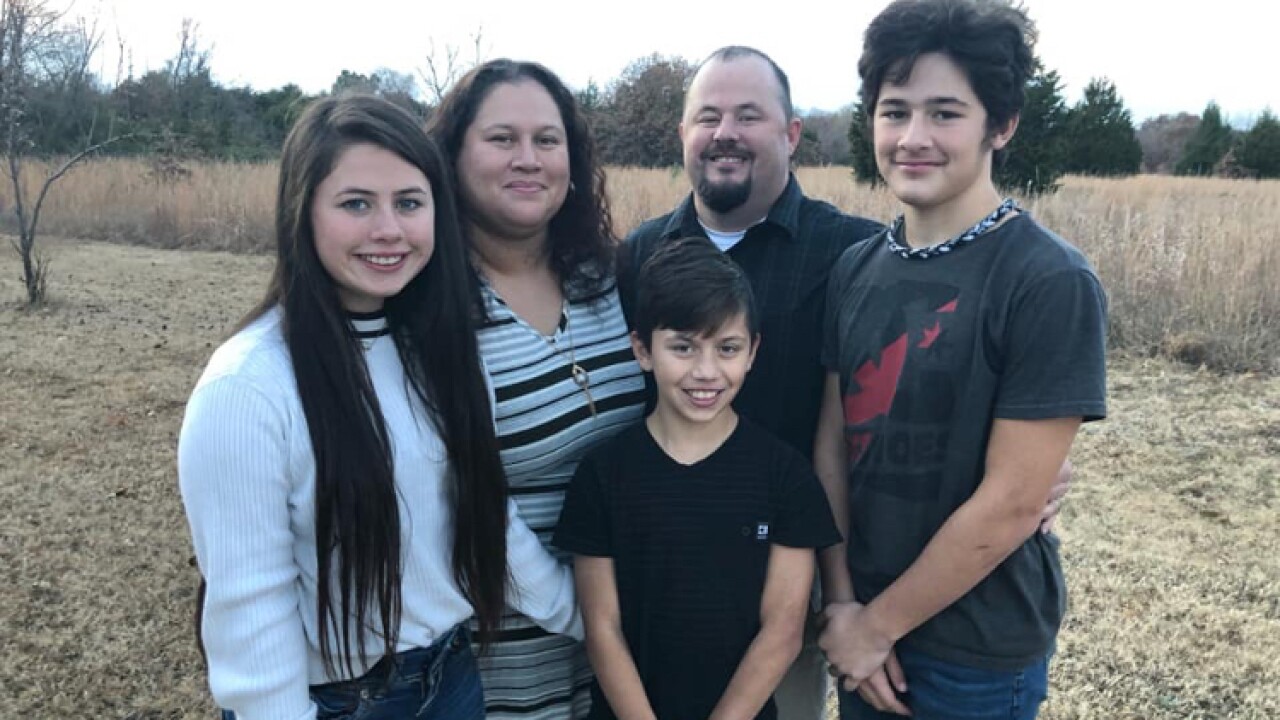 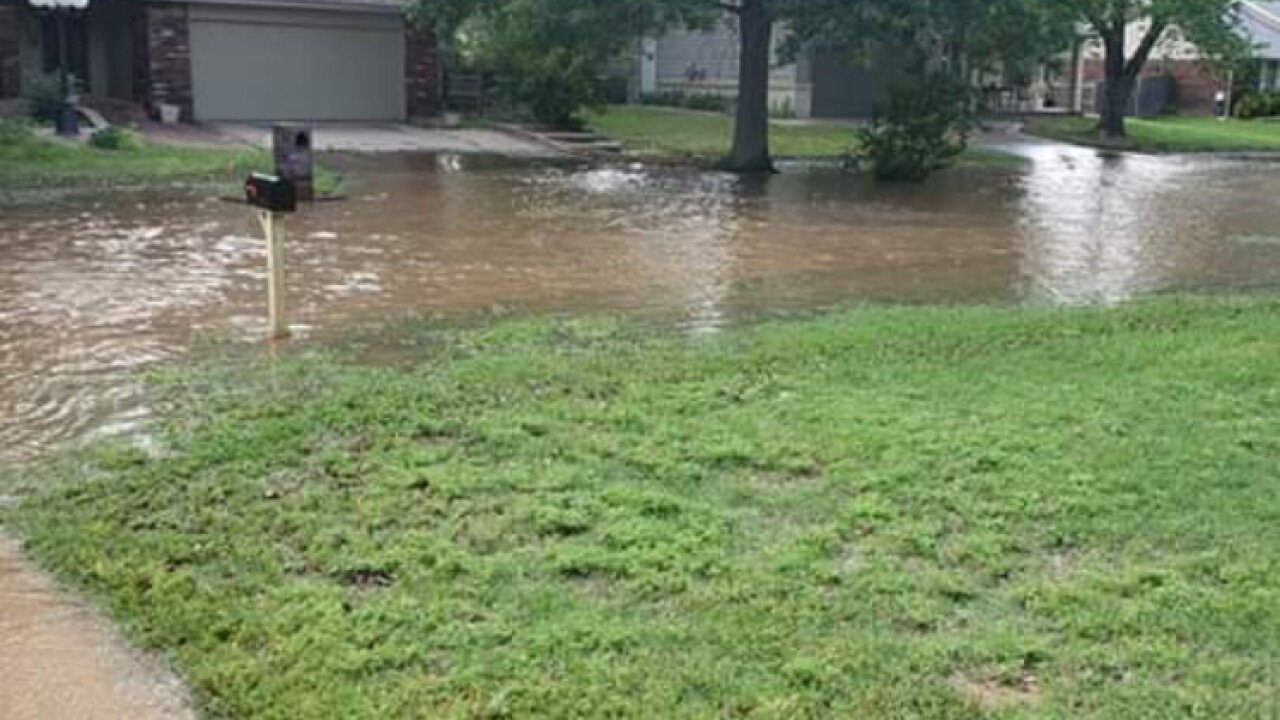 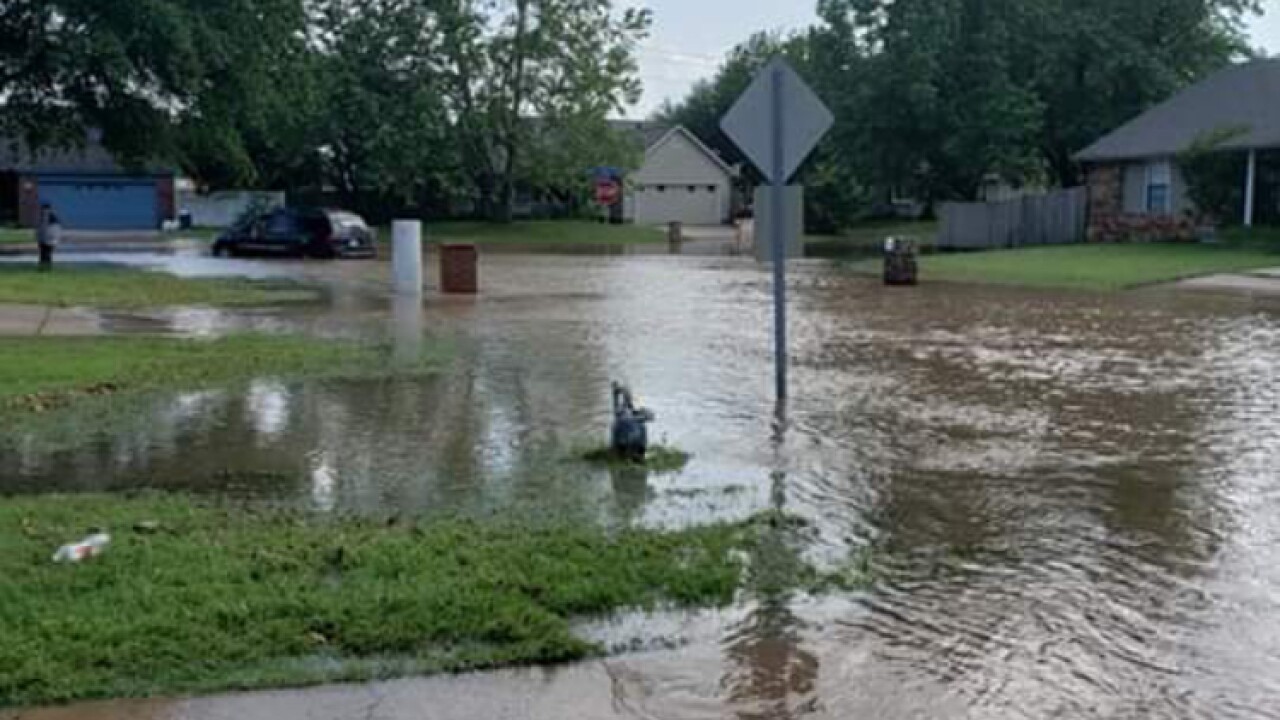 BROKEN ARROW, Okla. — Mother Nature has been all over the place the past few weeks in Oklahoma, but one family has been impacted by disaster twice in the same week.

The Williams family has been forced to wait as floodwaters rise near the home they were given through a veterans program. Joshua Shorty Williams served in the U.S. Army.

On May 22, Joshua and his wife, Jenny, and their three kids — Kayla, 15; Bryson, 14; and Aiden, 12 — evacuated their Broken Arrow, Oklahoma, home due to the flooding in their neighborhood.

They went to stay at a relative's place in downtown Sapulpa and were slammed by the tornado on Sunday night.

“Yes, we've had an eventful week or so, unfortunately,” Joshua Williams said. “We moved into our house in the Indian Springs Estate on January 7, 2019. When they issued the voluntary evacuation for our neighborhood on Wednesday, we left our home. We came to stay at my brother-in-law's building in downtown Sapulpa. We were hit by the tornado last night. Thankfully, everyone is safe and well.”

The Williams family is not out of the woods yet.

They spotted their house on a drone video posted online with the most recent footage of their neighborhood. They could see that the water is rising and slowly creeping up their driveway. The family’s plan is to stay at their brother-in-law's place in Sapulpa for now.

With the pending storms and rising waters, the future of their family house is uncertain.

“Yes, we are unfortunately playing the waiting game,” Joshua Williams said. “Hoping and praying the levels don't rise to the house. But all we can do is wait and see. Everything that's there can be replaced though. Just sucks as we were just awarded the house through the Homes on the Homefront veterans program. We had waited over a year to get some issues with the deed resolved before we could finally move in. And now that we have and finally got settled in, this happens. But this isn't just us that have been affected, it's our whole state. But a house is not a home because you sleep there or have belongings there. A home is where your family is and where they are safe. And our heart resides wherever our kids are safe.”