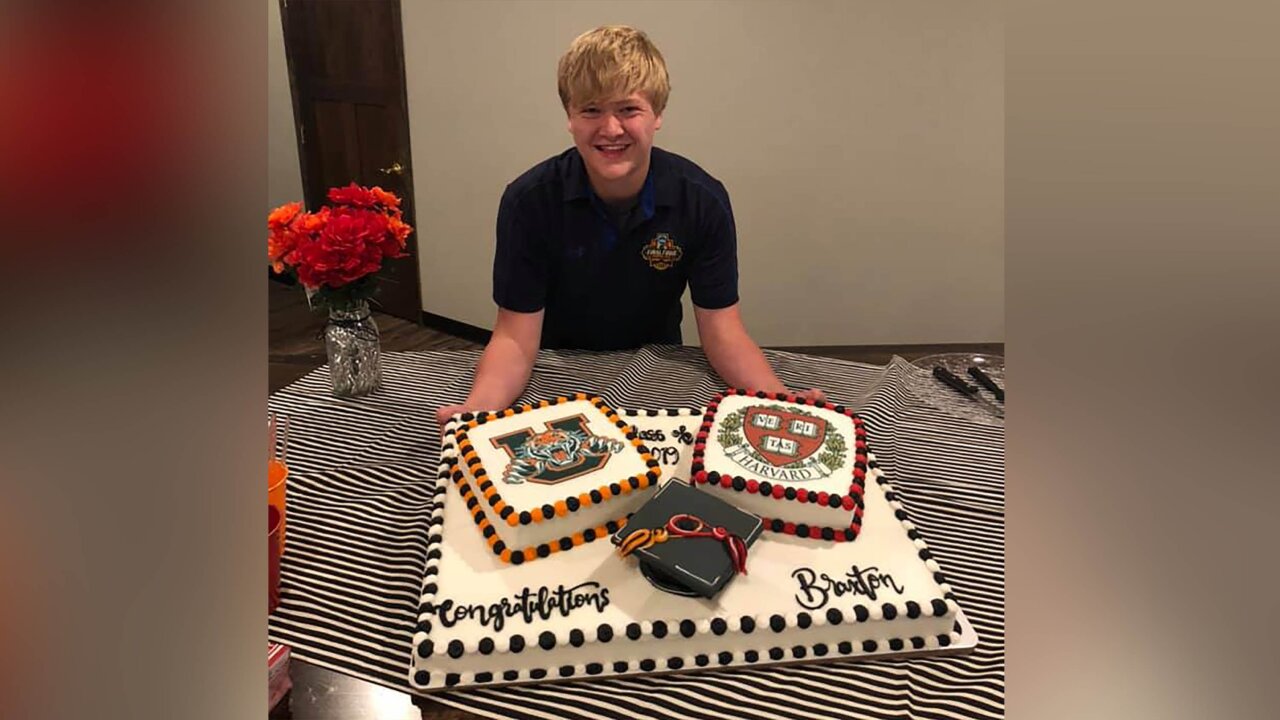 Braxton Moral walked across the stage Sunday at his high school in Ulysses, Kansas, as a newly-minted graduate.

Less than two weeks later, the 17-year-old is set on May 30 to mark another milestone: receiving his undergraduate degree from Harvard University.

Moral's parents enrolled him at the world-renowned institution when he was just 11, he told CNN.

"My parents noticed I was bored in school and needed something to inspire growth, so they ended up finding the Extension School," he said.

Harvard Extension School is mostly for nontraditional learners, be it someone with a job or who's not in the age range of a typical college student, Moral said.

Most courses can be taken online, but Extension School students also must earn 16 credit hours in person at the iconic campus in Cambridge, Massachusetts, said Moral, who majored in government with a minor in English. Moral is currently a degree candidate from the school, a Harvard University spokesman confirmed.

An extraordinary vocabulary and a stunning memory

Studying for both high school and Harvard at the same time wasn't easy, Moral said. But officials at his high school took a lot of the load off, allowing him to spend a couple hours each day working on Harvard's coursework, he said.

Moral has always been drawn to law and politics, and he's now hoping to go to law school, preferably at Columbia University, he said.

"I am, of course, excited to end this chapter of my life and anxious to begin the next," he said.

"When he was little, his vocabulary was extraordinary," she said. "Something my mom, sister and I noticed early on was his memory. That's one of the things that makes him incredible. But he can look at anything or read anything, and he will instantly remember it forever."

"This didn't always benefit us older kids!" she joked.

Watching Moral walk across the stage during his first graduation was bittersweet, Seger said, because their parents couldn't be there due to their mother's health issues.

"My mother got a kidney transplant the week before, and my mother and father couldn't be there because of that. We are a very close family, so we gathered together to help honor him in such a special time," Seger said. "We can't wait for Harvard graduation next week and for Brax to start a new chapter in his life and focus on his love for politics."

Moral is also publishing a book, "Harvard in the Heartland," about his experience as "an intellectually gifted boy from a small farming town in Western Kansas," according to the book synopsis.