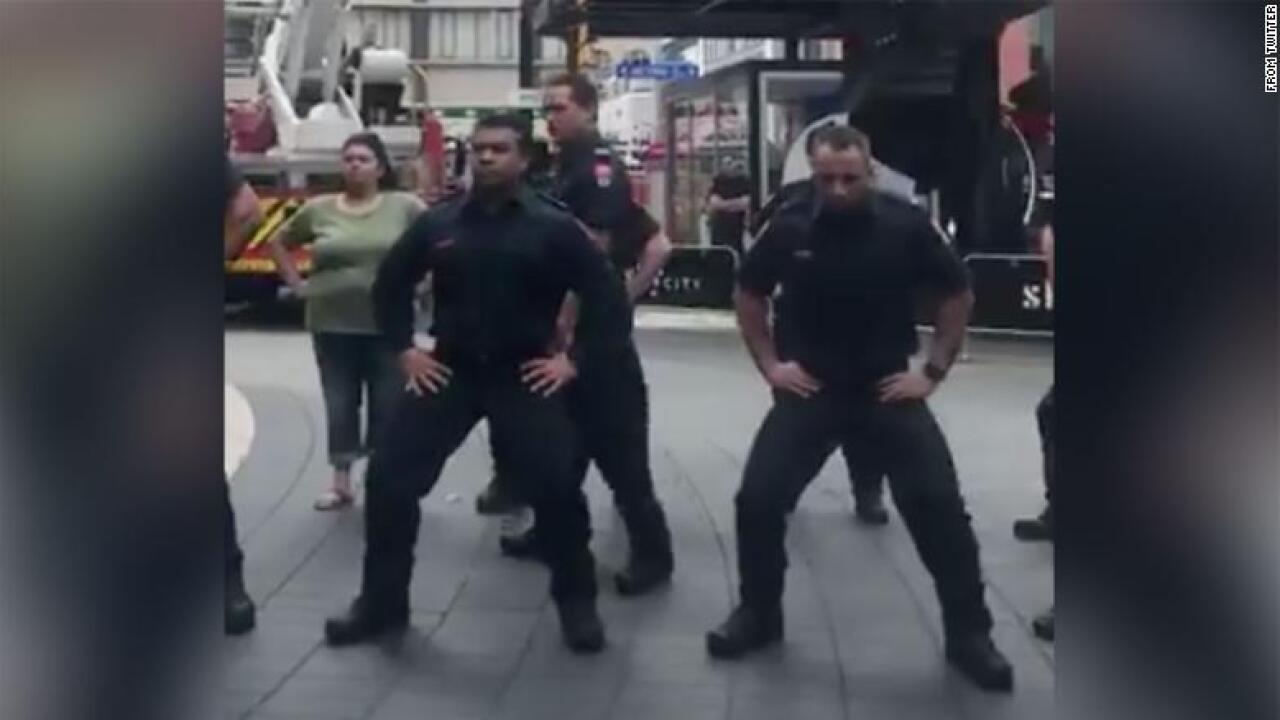 US Ambassador Scott Brown, who tweeted videos of the event, said it was in tribute to the "bravery and sacrifice of 9/11 first responders."

Footage shows the firefighters performing the ceremonial Maori war dance, which is done by New Zealand's All Blacks rugby team before each game, in front of other New Zealand firefighters and visitors from the New York City Fire Department.

Hakas were performed across the New Zealand in the wake of the Christchurch mosque shootings as a way of unifying people.

More than 200 firefighters also climbed the stairs of the 328-meter-high Sky Tower in memory of the 343 New York City Fire Department firefighters who lost their lives in the Sept. 11 attacks.

A memorial service took place before they climbed the tower.