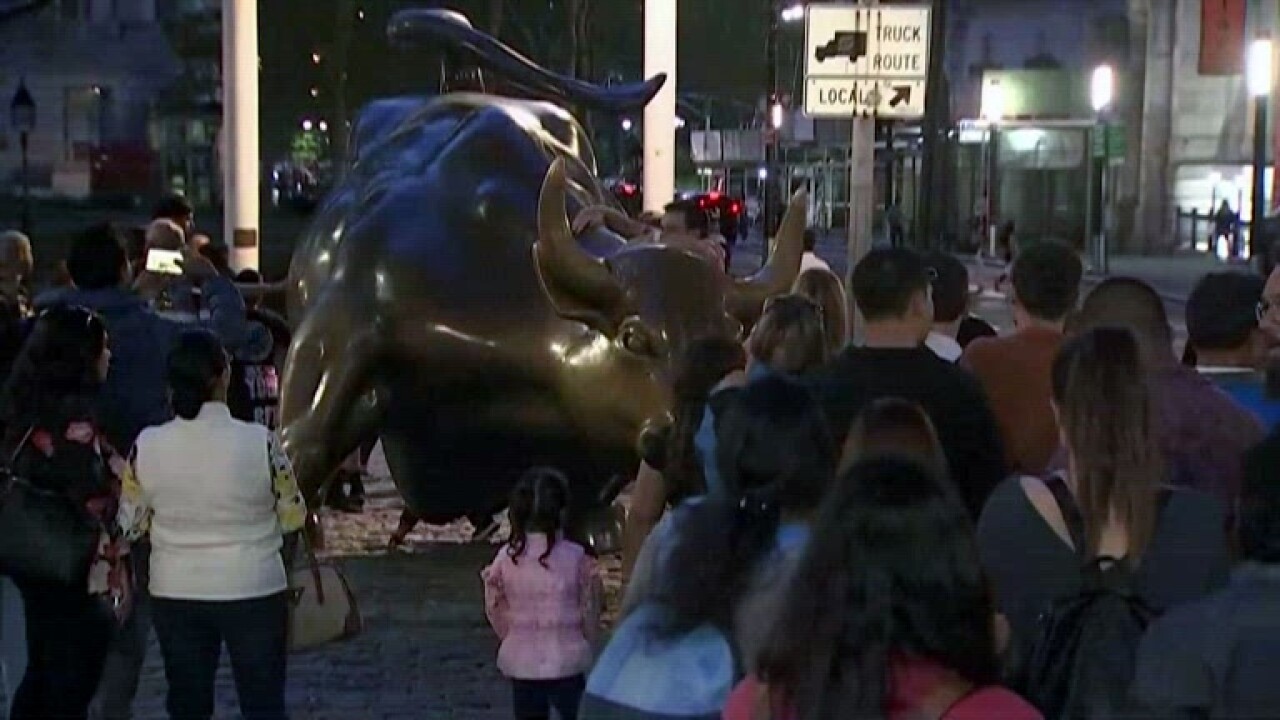 A man damaged the Wall Street&#39;s famous &quot;Charging Bull&quot; statue on Saturday by attacking it with a banjo, (WNBC)

Varlack was charged with criminal mischief, criminal possession of a weapon and disorderly conduct.

Video shows the statue with cuts at the base of one of its horns.

The bull is a symbol of american financial resilience in the wake of the 1987 stock market crash.

The statue was installed in 1989 by artist Arturo Di Modica and it's not the first time it has been vandalized.