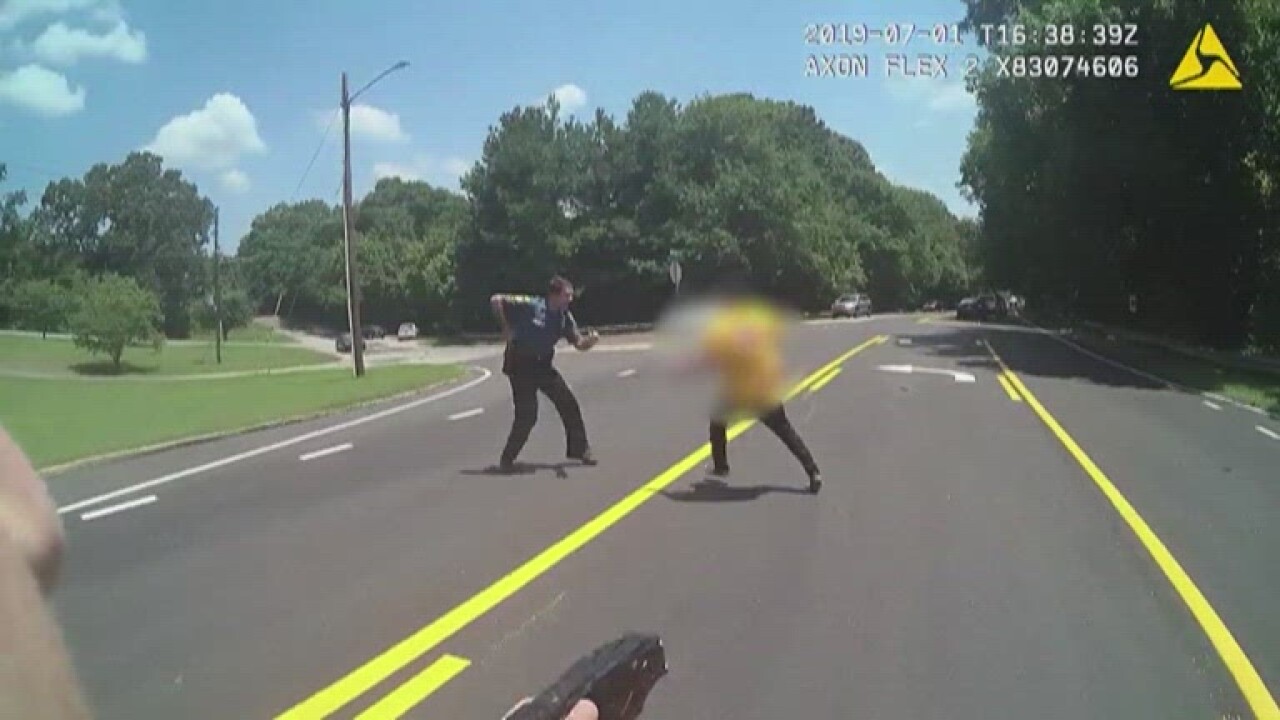 ATHENS, Ga — Body cam video from two Georgia police officers shows a man charging them with a knife before being shot and killed.

Athens officers responded to multiple calls about a man covered in blood holding a knife and acting erratically.

That man was 23-year-old Aaron Hong.

Police video shows Hong walking slowly towards the policeman, telling them to shoot him.

The two officers pleaded for Hong to drop the knife saying they could help him.

Officer Bittenger moved to replace his gun with a taser when Hong suddenly charges officer Harrison with the knife.

Harrison unloads several shots on Hong dropping him to the ground.

Both officers on the scene slowly walked towards Hong who jumps up and continues yelling.

Hong bolted towards officer Harrison and tried to take his gun from him.

Hong died on the scene when ambulances arrived.

The police chief explains why he released body camera video of the incident.

Chief Cleveland Spruill Sr., with Athens, Georgia Police, said, " We never want to take another person's life, we just absolutely don't. I really wanted people to see what our officers were doing to try to prevent a having to take the steps that they did. at a point, you could hear in their voices pleading to put the knife down, and we don't want to do this, and we can help you."

This is the second shooting officer Bittenger has been involved in this year. this is also his first year on the force.