A St. Petersburg woman is devastated after she says a pest control company killed her cat.

The woman said she had termites and hired a company to “tent” her home to get rid of them. But, in the process, her cat ended up dead.

Caroline Stadler just moved into the home two months ago and discovered there were termites. She contracted with Terminix to have the home tented.

Caroline Stadler says, “I was supposed to get off work at 1:00 and I was going to come by and get my cat and get all my stuff and get out but when I pulled up around 1:30 my house was already tented with my cat inside.”

After putting up a tent on the home a contractor for Terminix then releases a deadly gas to kill the termites.

Customers are advised to remove all animals but Stadler says the workers showed up hours before they were supposed to.

“They didn’t even know a cat was in there and Terminix was supposed to tell them that an animal was in there.”

Neighbors found her on her knees in tears in front of her home.

Terminix sent us a statement saying they were just made aware of the incident and are looking into the matter internally with our preferred fumigation service provider.

Terminix is conducting its own internal investigation of the incident. 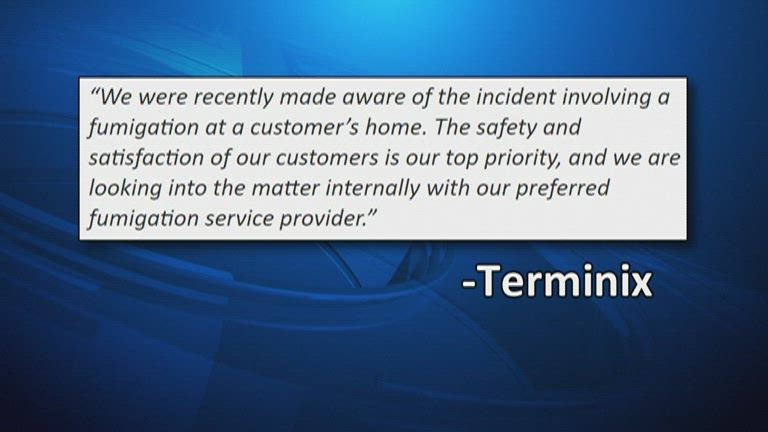