ALBERTVILLE, Alabama (NBC NEWS) – Fire and rescue officials had to come to the rescue of a dog in Alabama when the pooch found himself in a tight spot.

When Capt. Shane Nash arrived at the Albertville, Alabama home yesterday, he was greeted with a sight he says he hadn’t seen in 25 years on the job, a dog with his head stuck in a dryer vent hole. 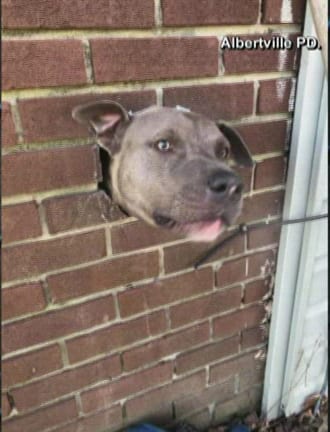 The captain and his team quickly out together a plan. Using breaching tools, firefighters chipped away at the brick around the dog’s head to make the hole bigger. 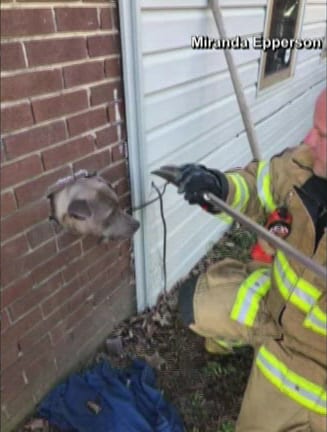 “The dog was tickled to death”, said Nash. “It never barked. It never tried to bite us. It was just ready to get back in the house.” 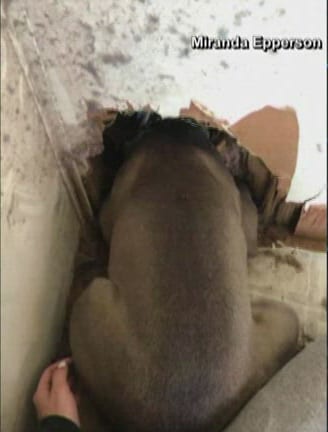 It is believed that the dog saw another animal through the hole and tried to go after it.

The dog was removed without injury and is expected to be just fine.