A 28-year-old California man was sentenced to six months in prison and six months of house arrest for committing fraud and unknowingly selling bank accounts to some of the 13 Russian operatives and companies that were indicted earlier this year in the Mueller investigation. 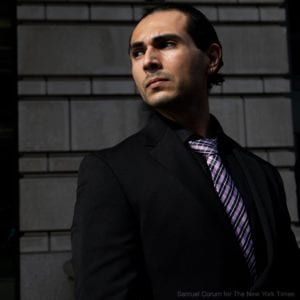 Investigators estimated that Richard Pinedo’s criminal activity earned him somewhere between  $40,000 and $90,000.

According to reports, Pinedo had no way of knowing who was taking advantage of his criminal services and how they would use it. However, he does claim full responsibility for his actions and expressed remorse to Judge Dabney Friedrich.

“I take full responsibility for what I’ve done,” Pinedo said. “Never did it cross my mind that the services that I offered would be used to commit the highest crimes.”

On Feb. 12, Pinedo pleaded guilty to assisting his customers in circumventing PayPal identity verification through a website and company called “Auction Essistance”, This allowed him to act as a middleman between criminals who wanted to sell or buy people’s identity and information, including their bank account.

Before his sentencing, Pinedo told the judge and prosecutors that he had received threats.

“I’ve been told that if I ever leave the country, the Russians will poison me,” he said.

Pinedo’s cooperation in the trial was recognized by Mueller prosecutor Rush Atkinson.

“He identified how the scheme worked and upstream sellers,” Atkinson told the judge. “We have every reason to believe the information he provided is truthful.”

Atkinson also said, “The government knew the information Pinedo provided about the Russian individuals,” and that Pinedo’s testimony has “saved the government significant time and resources.”