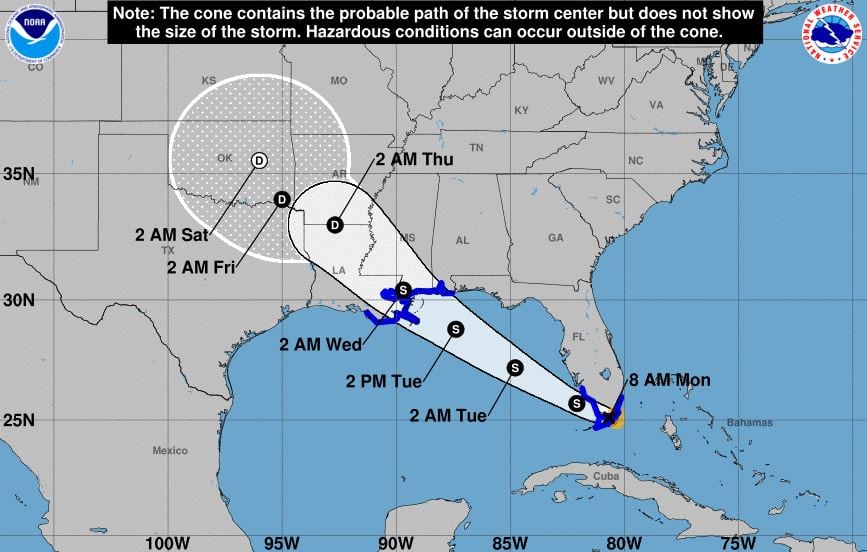 Weather forecasters have issued storm warnings for portions of South Florida and the Florida Keys.

The National Hurricane Center in Miami said Monday that Tropical Storm Gordon is likely to batter the region with heavy rains. A Storm Surge Watch is in effect for a portion of the Mississippi-Alabama border.

The center said in its 8:30 a.m. EDT advisory that the storm was centered 20 miles (30 kilometers) west of Key Largo and 85 miles (135 kilometers) southeast of Marco Island.