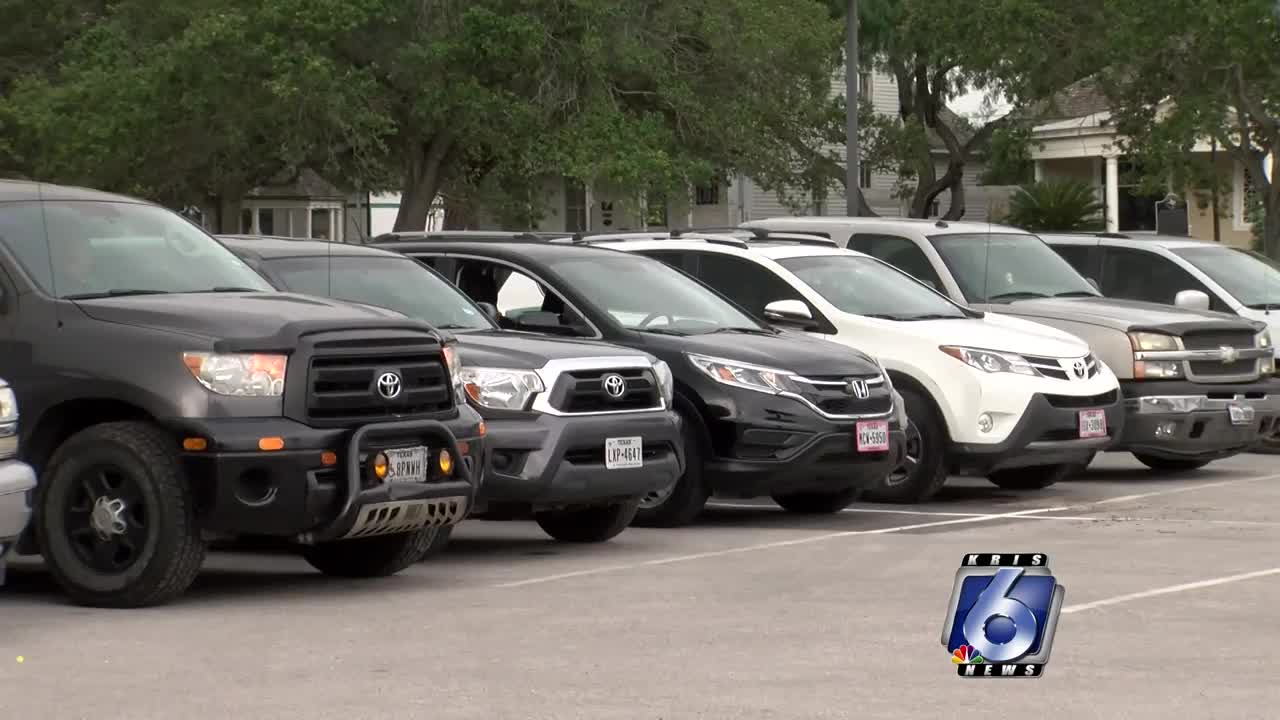 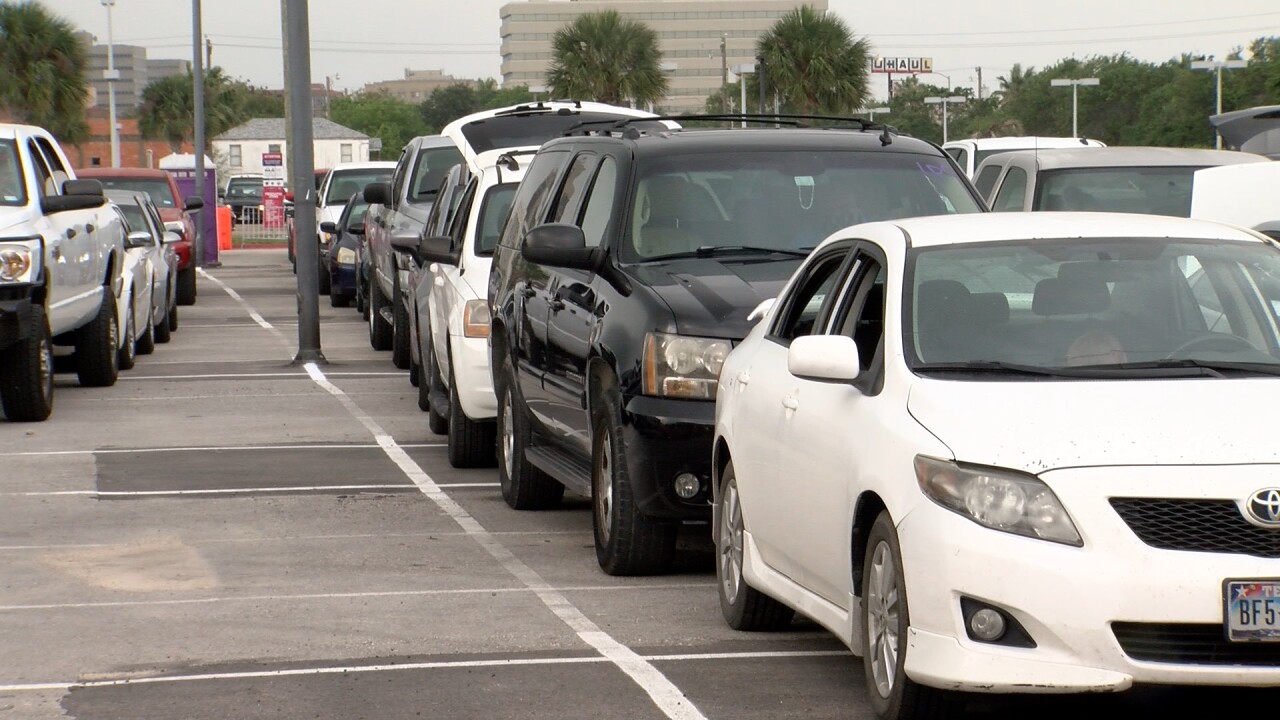 CORPUS CHRISTI, Texas — More than 3,000 boxes of food were distributed to the Coastal Bend community Friday.

The Coastal Bend Food Bank began distributing boxes of food to cars lined up at the American Bank Center just before 10 a.m.

The USDA, FEMA, the City of Corpus Christi and councilwoman Paulette Guajardo partnered with the food bank to hold the largest-ever citywide food distribution event.

"It's not about the food bank, it's not about the city," Guajardo said, smiling. "This is about helping the 3,000 vehicles that are still coming through, as you can see behind me, receiving their food boxes."

There is a major traffic delay in the vicinity of the American Bank Center due to a high turnout for the Food Bank Drive-Thru Food Distribution. If you are not seeking food resources, please avoid the area of IH 37 from Shoreline to HWY 286.

Volunteers packed the thousands of boxes on Thursday, and more volunteers came out to help give pass out boxes to people in the community.

It was open to anyone in the Coastal Bend: All you had to do was provide a name and address. People were asked to sit in their cars with the windows rolled up, and trunk popped open. A box of food then was put into the trunk.

Hanson said every vehicle drove away with more than 55 lbs. of food Friday.

For some people who have lost their jobs, this was a chance to put some food on the table.

"It also helps us to know that we have a safe place to go, and get something that will help us for, you know, to get like another weeks worth," said Lela Middour, who had only heard about the distribution an hour beforehand. "Or two weeks worth, or however long we can spread it out."

For others, it was a chance to save some money on an already tight income.

"We're retired, so we live on a budget," said Jesse Rangel. "And so, any help we can get, we appreciate it."

Cars lined up the American Bank Center's Shoreline entrance and the N. Chaparral parking lots to receive the boxes of canned and bagged goods. There was also an option to receive free dog or cat food, provided by People Assisting Animal Control.

Hanson said the food donated by FEMA must be distributed to the community by June 6. Future distribution dates will be announced on their website and social media channels.