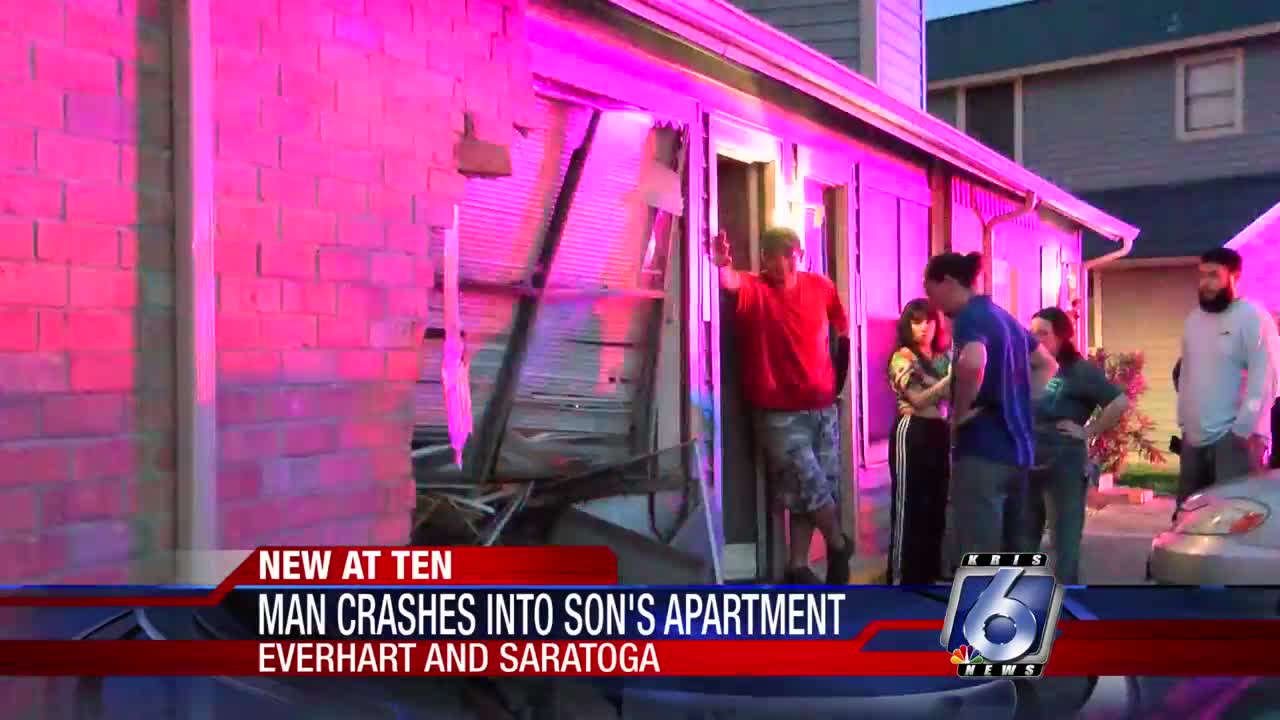 CORPUS CHRISTI, Texas — A suspected drunk driver will face charges after driving into an apartment this evening.

He was leaving his son's apartment on Everhart and Saratoga. His car was parked in reverse.

Police say when he got into his car, he placed it in reverse instead of forward and drove into his son's apartment.

Luckily, no one was hurt.

Police say the man will be charged with DWI.