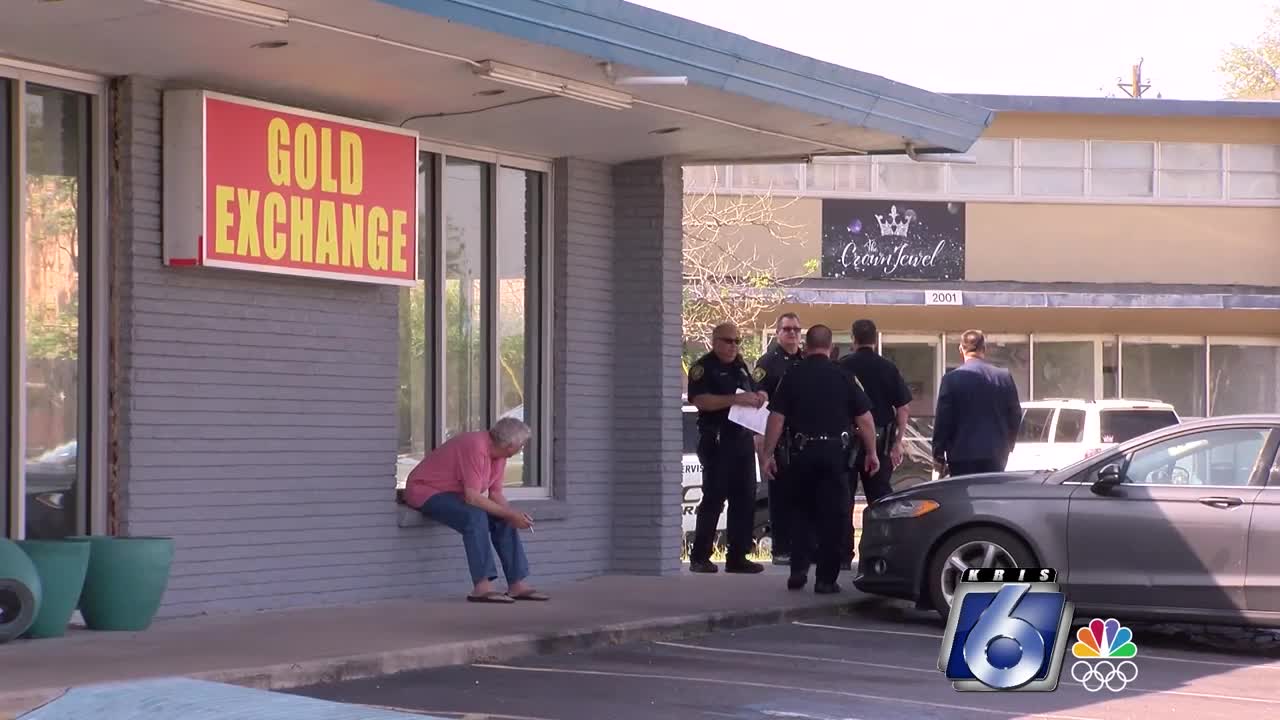 CORPUS CHRISTI, Texas — A suspect who was attempting to rob a jewelry store Thursday afternoon was later shot by a worker at another store after an exchange of gunfire.
Corpus Christi police said that at 2:30 p.m. an attempted robbery occurred in the 3900 block of South Padre Island Drive. The four suspects were denied with any thefts there, leading them to drive to the Gold Exchange on Staples.

One suspect walked inside the store and fired his weapon. That's when an employee drew his gun and shot the suspect.

The suspect that was shot ran to the 2000 block of 18th Street. That's where police caught him.

The three others jumped into a vehicle. Two suspects got out of the car at Tarlton and Crosstown. They were apprehended a short time later.

The driver of the car ended up on North Padre Island Drive and Leopard, where police caught him.

Police say the first suspect was taken to Spohn Shoreline Hospital and is expected to recover.

The four suspects are facing a slew of charges including aggravated robbery.