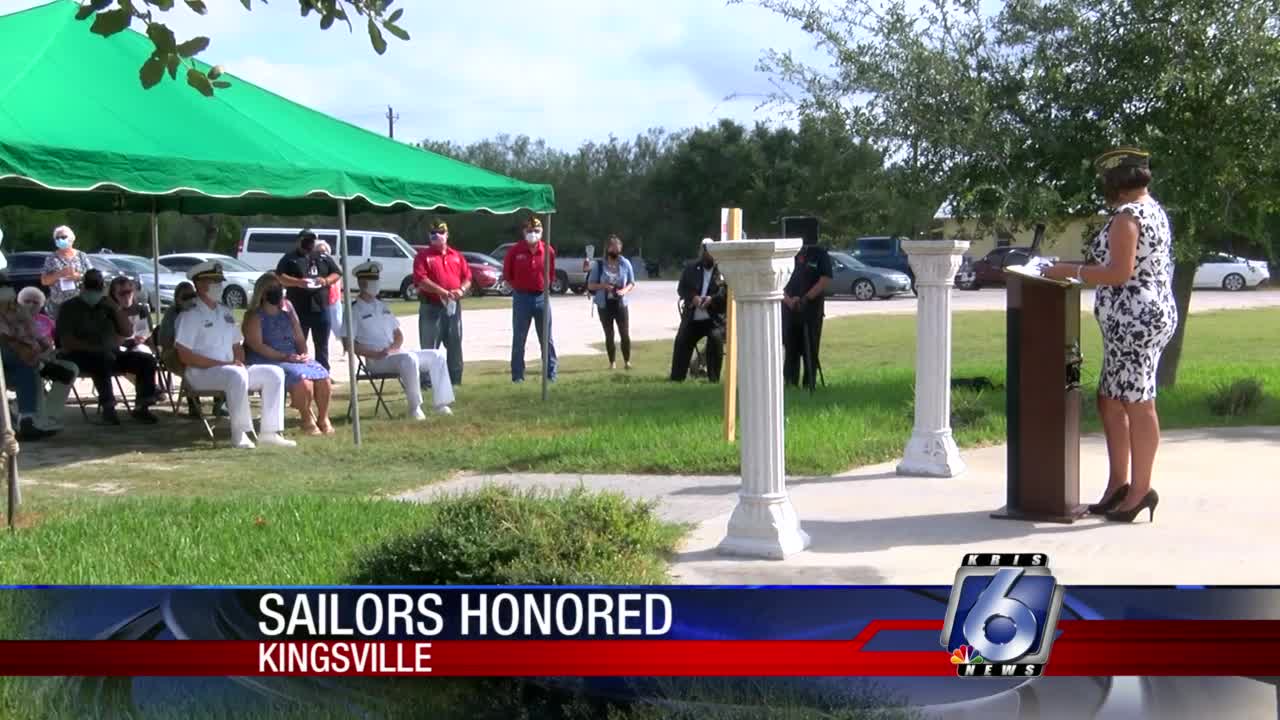 KINGSVILLE, Texas — A special ceremony was held at Kingsville's Santa Gertrudis Cemetery to honor the victims of the USS Cole bombing attack.

The remembrance ceremony included TAPS, a 21-gun salute, and the reading of the victims' names.

Monday marked the 20th anniversary of the suicide-bomb attack on the USS Cole in Yemen.

Among the 17 victims were sailor Ronchester Santiago of Kingsville, and Rockport native Gary Swenchonis Jr.

Members of Veterans of Foreign Wars Post #2375, and personnel from NAS-Kingsville attended the ceremony.