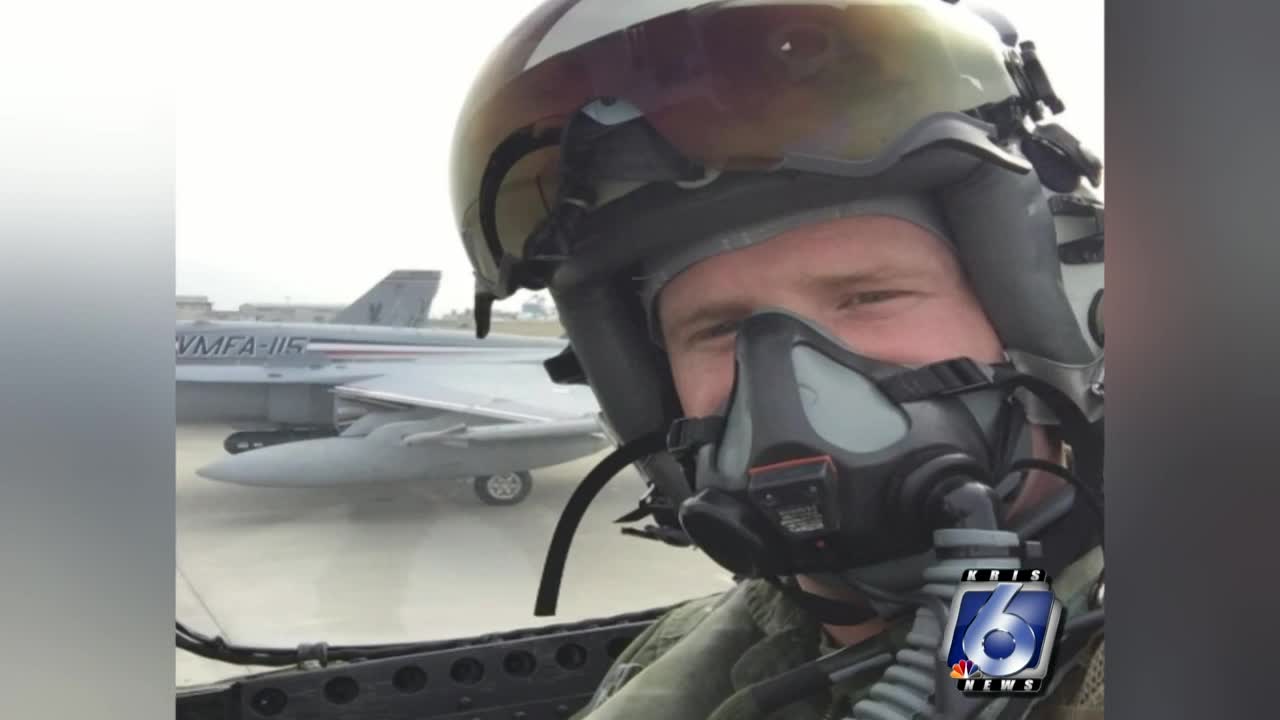 "Three years ago to the day, Jake ejected and unfortunately, did not make it." Kiley Frederick, Jake's widow, said.

Kiley was pregnant with their second child when she was told her husband's jet had crashed off the coast of Japan.

In the surreal hours following that tragic news, the Wingman Foundation stepped in.

"Wingman Foundation was one of the first calls that I got and they asked for authorization to fundraise on behalf of my family." Kiley said.

The nonprofit helps with funeral and travel costs, meeting the needs of Gold Star families during their most difficult moments.

"It's an incredible organization that just gives back with everything they have, they truly are in it for these Gold Star families that are left behind."

Saturday's run raised money for that foundation, to give back to other families of fallen aviators. And the Red Stripe Memorial run happened at a significant place.

"Corpus Christi is a special place. It's his home town, it's where he was born."

It's also where he graduated from Ray High School and began his dream career as a pilot.

"My brother, Jake, used to train on these beaches when he lived here on the island during flight school." Joe Bob Frederick, Jake's brother, said.

"He went through NAS Corpus in Primary and then went to Advanced with the T-45s in VT-22 out in Kingsville. And to watch our son run these same beaches that his daddy ran, it truly is life changing for them," Kiley says, "It gives them the opportunity and memories that they miss out on otherwise. He gets to know that his daddy ran in the same steps that he's making now."

"I ship out to Marine Corps Recruiting Station San Diego in 222 days. I'm paying it back. These people before me, they built this country. They raised it, they protected it. I'm just doing my part to pay it back." Tucker said.

The Wingman Foundation plans to make this an enduring event and continue the Red Stripe Memorial Run for many years.