Reasons why brisket prices are rising 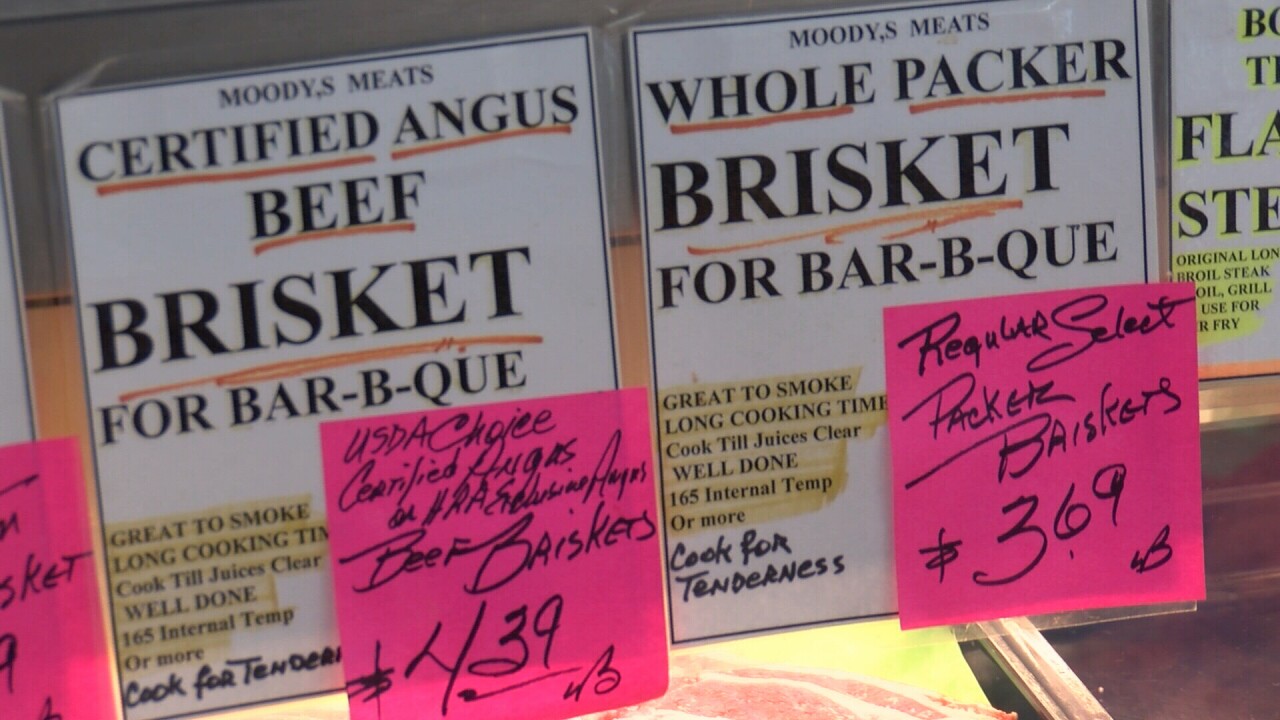 Current brisket prices at Moody&#39;s Meats off of Holly Rd.

CORPUS CHRISTI, Texas — Brisket is the popular cut of beef that screams Texas barbecue. Rightfully so, Texas is the largest cattle agriculture industry in the country . If you've bought brisket within the past few months, you have probably noticed the price increase. The price is so high, it's intending to reach an all-time high.

"The barbecue industry as a whole has kind of become more and more popular even outside the state of Texas," Jason Ott, county extension agent with the Texas A&M Agrilife Extension Service says. "So, we are seeing an increased demand as a result of that."

Ott explains that brisket is only about 1% of a harvested cow, there are only two sections of brisket per cow.

Currently at local meat market, Moody's Meats, you can find a high-grade, USDA Choice Angus Beef Brisket for $4.39 a pound.

Moody's Meats owner, Terry Moench says brisket prices are up 30% from this time last year. He believes the increased popularity and common find of brisket at restaurants, bbq competitions and fast-food chains is part of the result.

In January, Texas A&M University predicted an increase in beef consumption this year . Ott says beef prices are relatively low compared to the 5-year average. He believes with popularity of brisket and it's higher prices, it is a good direction for the agriculture industry.

"Does add a lot of value to agriculture producers because their share of that price of the retail grocery store is higher than some of these other commodities they're growing," Ott said.

To add more attention to the succulent meat, this Texas A&M study shows that brisket is even healthy for you. It contains high levels of oleic acid, producing high levels of HDL's which prodcues the "good" kind of cholesterol.