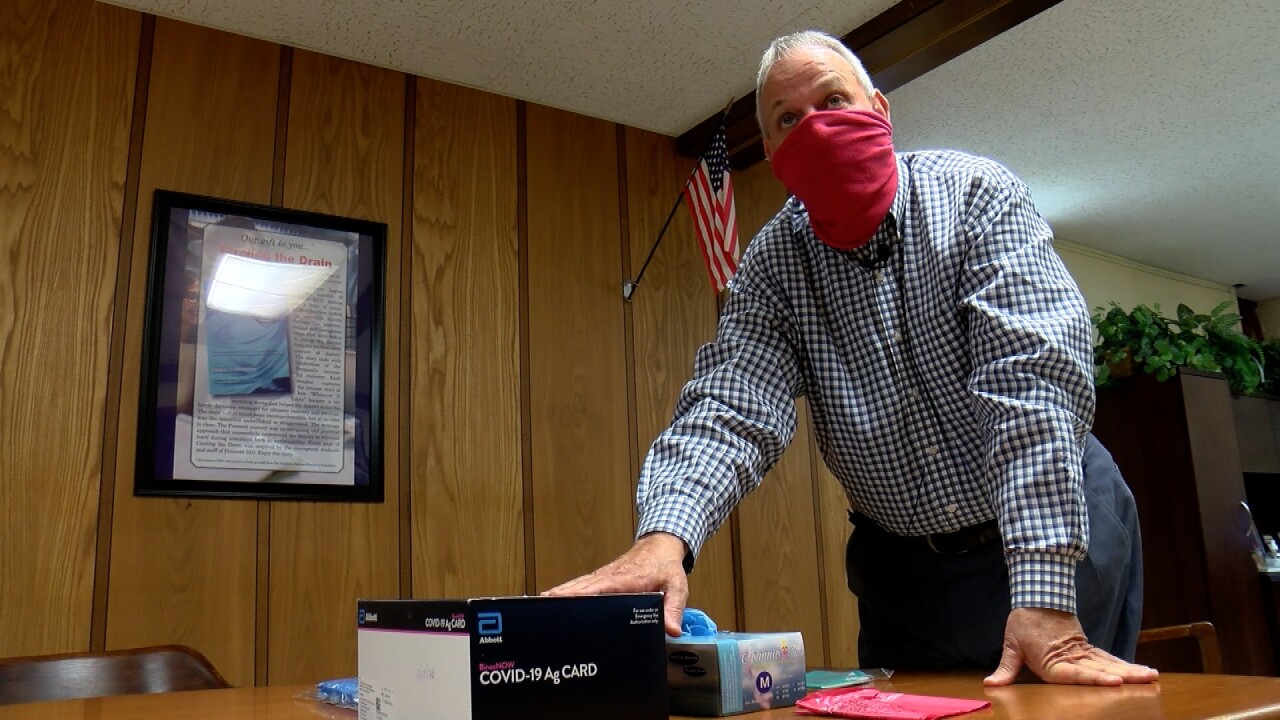 PREMONT, Texas — Describing themselves as one of the flagship districts with state-provided rapid tests, Premont ISD is now offering antigen tests for students and staff.

According to a letter sent out to parents Monday, these 15-minute, BinaxNOW tests from Abbott Laboratories will be made available for individuals who are symptomatic and asymptomatic every working Friday.

Across their two school buildings, Premont ISD has 704 students.

Superintendent Steve Vanmatre said the district has only had two positive cases of COVID-19 since classes began in August.

“We’re doing everything humanly possible with our mitigation strategies,” Vanmatre said. “Now we have the COVID testing to give them more of a peace of mind than maybe they wouldn’t have.”

These antigen tests are 97 to 98 percent accurate, the district said.

They come as a result from the Texas K-12 School System COVID Rapid Testing Project, a coordinated effort between the Texas Education Agency and the Texas Division of Emergency Management (TDEM).

“I’m just — I am really thankful and blessed that were able to have this testing program, because, I think that’s been a very weak link within our public health system — is the ability to test,” Vanmatre said, later adding that three staff members from the district would be performing those tests every Friday. “It’s probably easier for a 704 student body district like Premont than it is for others, but it’s certainly something that meets our needs.”

Although he believes it’s a much-needed addition, Vanmatre said he has no plans of letting his guard down against the virus.

“It may give us too much of a sense of relief, and we have to continually educate our people that — yeah, this is an important initiative, and it does give you peace of mind, but it doesn’t mean go out there and not wear a mask,” he said.