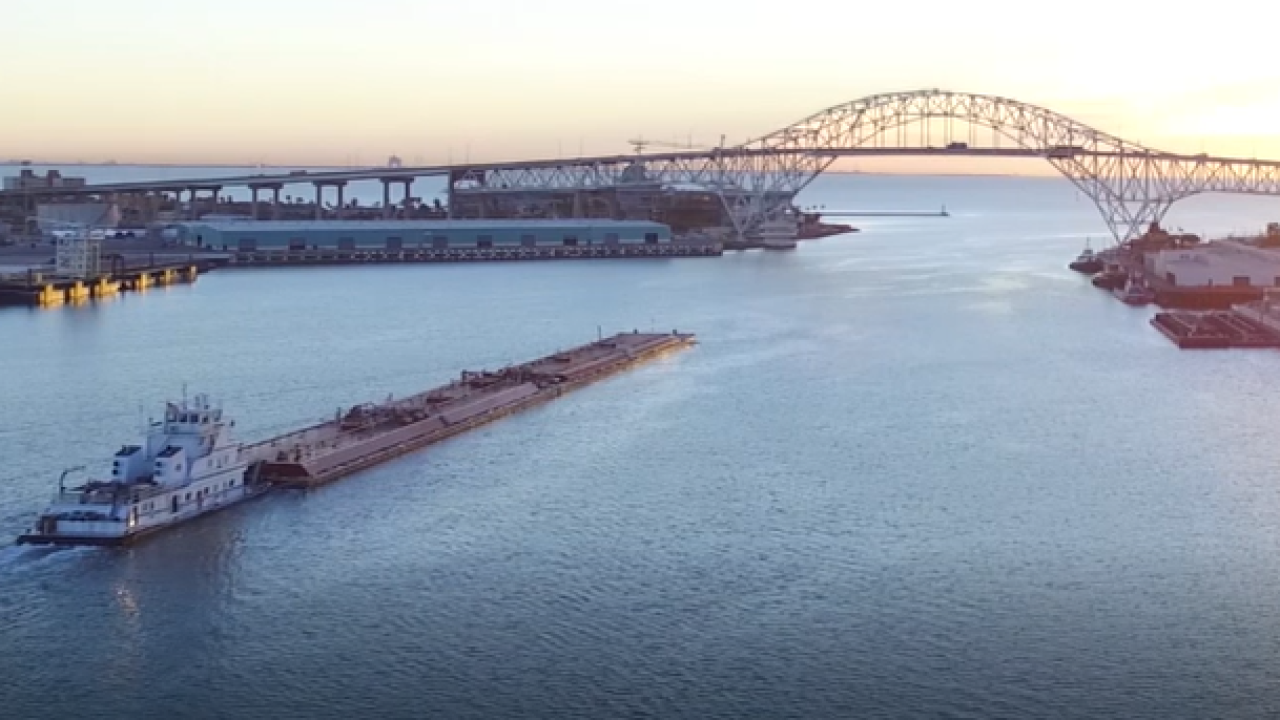 CORPUS CHRISTI, Texas — The Port of Corpus Christi moved more tons of cargo last year than any other year of its existence.

"We're the energy port of the Americas," Zahn said. "It's petroleum and petroleum-based products."

Oil from petroleum-rich West Texas became easier to receive at the port last year. When two pipelines began operating, oil exports skyrocketed. Whether or not the boom continues depends on factors that are out of the port's control.

"We'll have to watch what happens politically here in the United States and see what happens with some of our big trading partners in Europe and in Asia," Zahn said.

Despite those factors, Zahn predicts another record year in 2020. A third pipeline will begin operating in the coming months, and as deepening of the ship channel continues, larger ships will be able to load larger volumes of oil.

Local experts say a healthy port is one of the keys to a healthy economy.

"(The port is) absolutely the largest sector of our economy," Corpus Christi Regional Economic Development Corporation President and CEO Iain Vasey said. "It's a real indicator of whether this region of South Texas is successful or not."

Zahn said the port's success has new businesses moving in there, and with them, new workers who will live in the area.

"Those new employees are going to require housing," Zahn said. "They're going to shop in our shopping centers and our grocery stores and attend our schools. It'll definitely have an impact on the Coastal Bend."