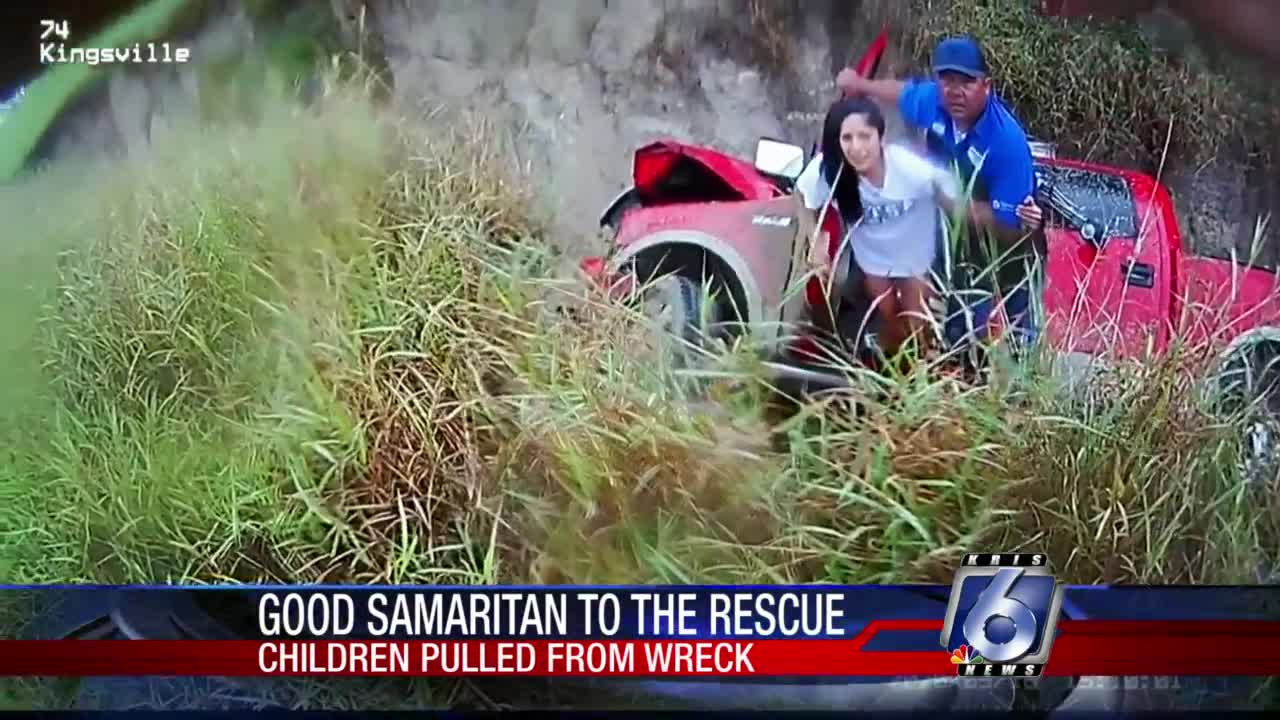 A good samaritan in Kingsville saved the lives of a mother and her two children as he rescued them from a ravine.

KINGSVILLE, Texas — A Good Samaritan helped rescue a woman and her two children earlier this week after their truck crashed into a ravine in Kingsville.

The rescue of the Wednesday incident was recorded by a police officer's body cam.

The man in the blue baseball cap, Ramon Moya, saw the truck skid out of control on Highway 77 and plunge into the ravine.

So Moya jumped down to the wreck and pulled the children out one-by-one, handing them up to police officers.

With both children safely out of the ravine, Moya and the police officers turned their attention to the 30- year-old mother.

Her children weren’t hurt. But she was taken to a hospital with some bumps and bruises.

Police say the children weren't injured because they were properly secured in their child seats.