Motorcyclist taken to the hospital in critical condition following crash 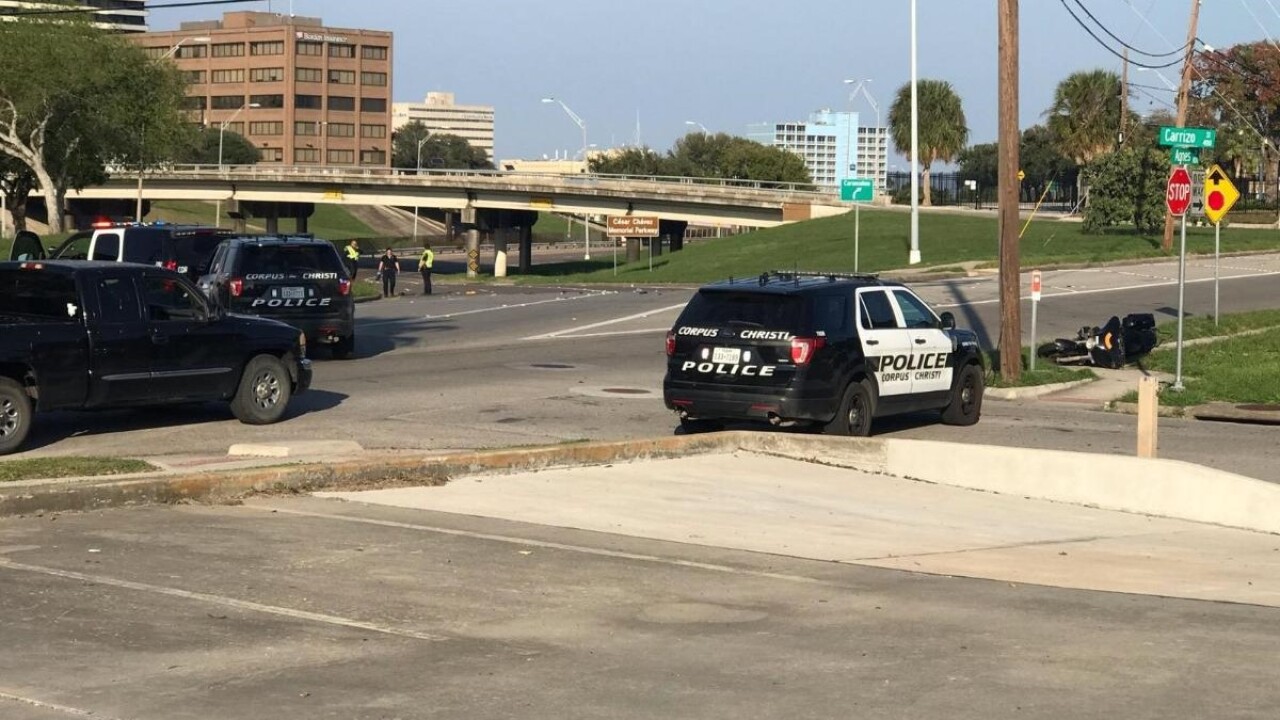 CORPUS CHRISTI, TEXAS — A man was sent to the hospital in critical condition after he laid down his bike and struck his head.

The crash happened around 3 pm Sunday near the intersection of Carrizo and Agnes Street.

Witnesses told police officers that the biker was driving fast in the wrong direction when he laid down his bike. When medics arrived at the scene, they found the man breathing but not responding.

Police closed off the intersection for almost two hours because of their investigation.

Lt. Timothy Frasier, with the Corpus Christi Police Department, said the motorcyclist was not wearing a certified helmet at the time of the crash.