Local young pitmaster to compete in World Series of Barbecue 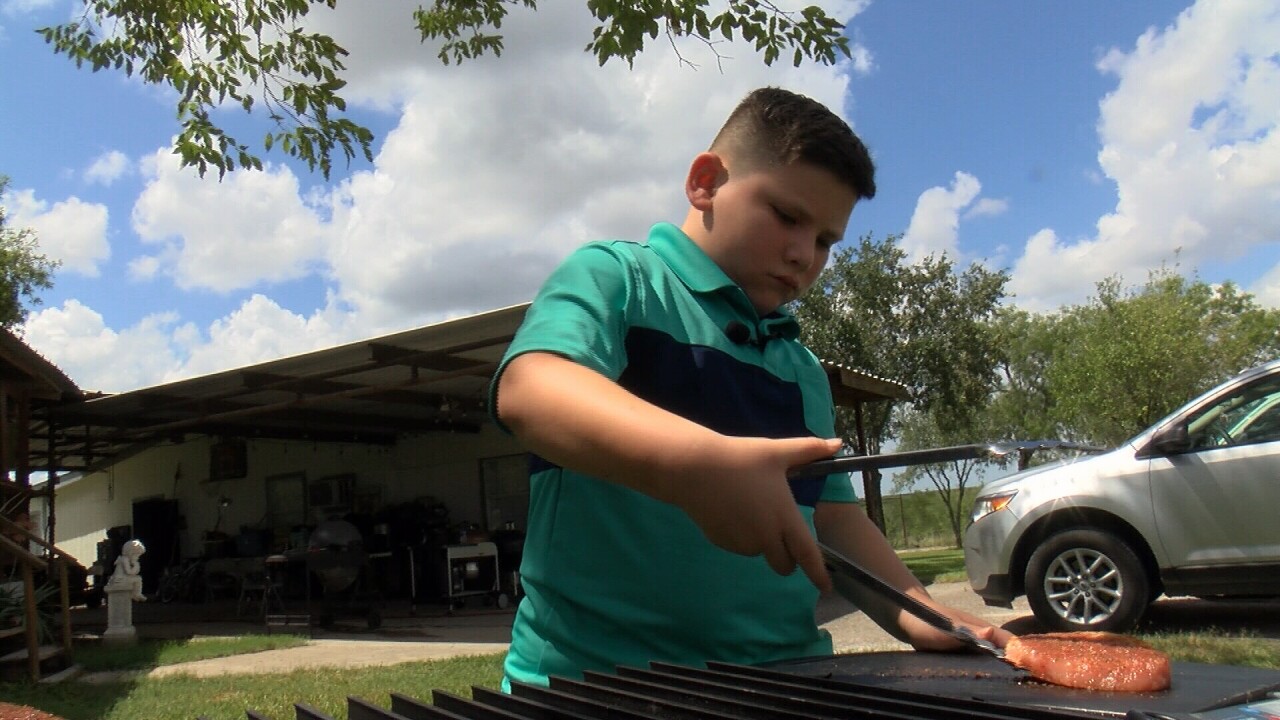 GEORGE WEST, Texas — The American Royal World Series of Barbecue will be held Saturday, Sept. 14 in Kansas City and a young pit master is ready to compete.

There are only five Texans competing in the 2019 Kids Que Contest, including Mac Zapata, a 7-year-old out of George West, Texas.

He gained his passion for cooking from his father and began competing at 5-years-old.

"Mac first got introduced to barbecue at the age of 5 at a local county fair and ever since then he's been hooked," Andrea Zapata, Mac's mother says. "We compete through an organization called Kids Que Nation."

Mac says he enjoys cooking because he gets to spend time with family and friends.

"I was really shy, now I have a lot of friends from barbecue." said Mac.

He has cooked pork chop and steak in the majority of his competitions. For the upcoming Kansas City cook-off, kids ages 11 through 15 cook steak and ages 6 through 10 cook hamburgers.

"We've had a couple of trial runs with our hamburger and he seems to be doing really well with it." said Zapata.

At the World Series of Barbecue, Mac will be required to do all of the preparation, cooking and presentation. Only one adult is allowed in the cooking area to help with lighting the fire and slicing. Other than slicing, adults are not allowed to touch the food.

"It's just kind of amazing to have a 7-year-old that's going to the world series," says Zapata, "that can cook and is in the barbecue world, doing big things at such a young age."

The pitmaster prodigy has big plans.

And he has a message for Kansas City...

"Y'all get ready for my awesome food."