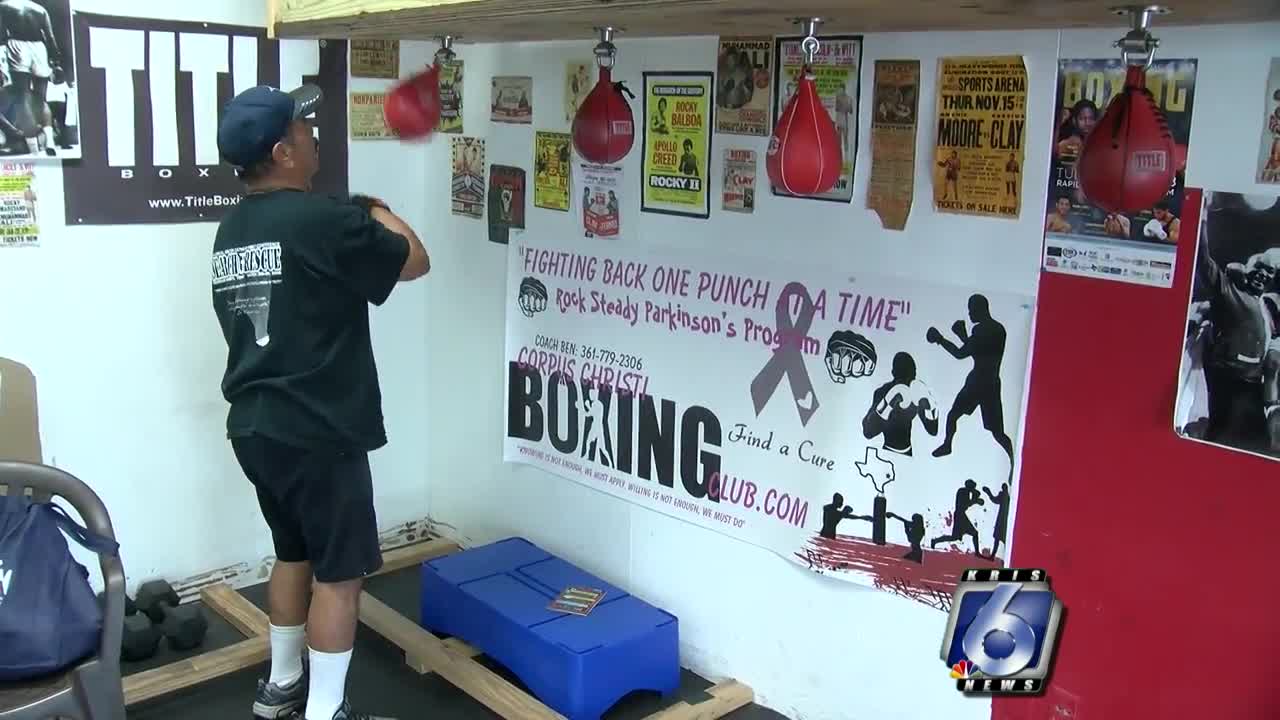 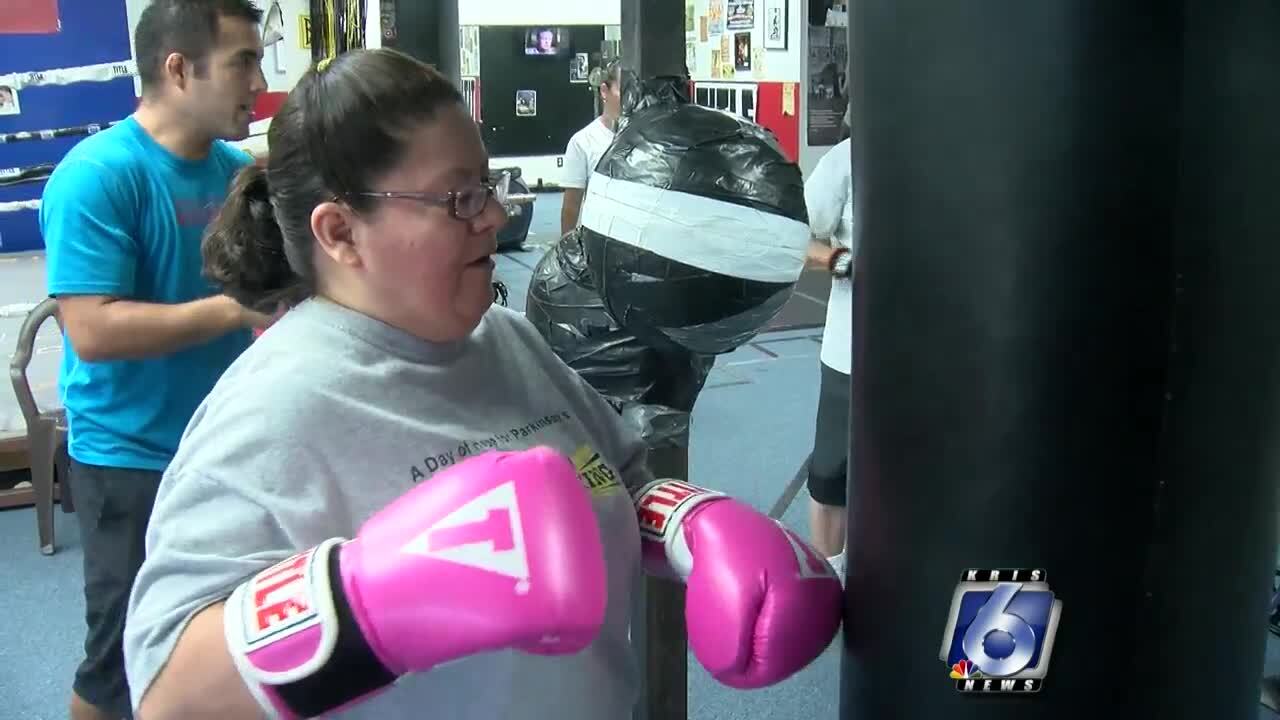 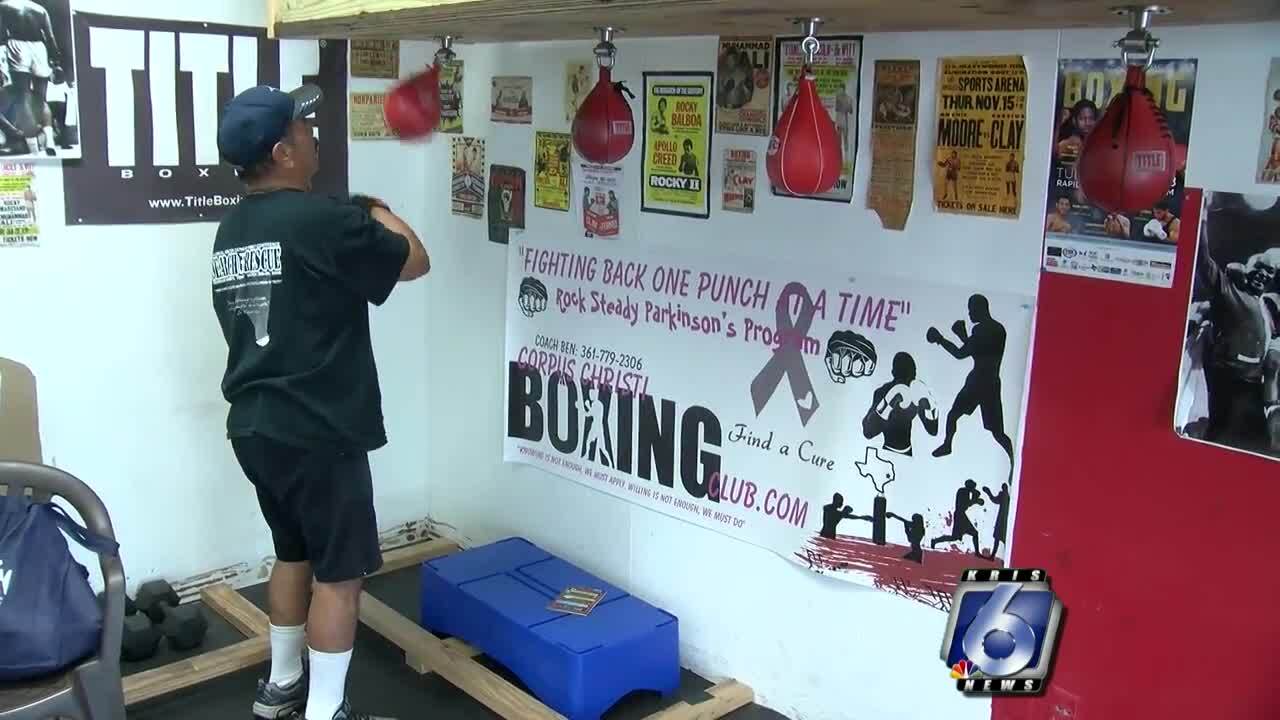 CORPUS CHRISTI, Texas — By 2020, more than one million people in the United States will be living with Parkinson's Disease. Each year, 60,000 people are diagnosed with the disease.

One boxing club here in town is helping Parkinson’s Disease patients fight for the quality of their lives through its affiliation with Rock Steady Boxing, a national non-profit organization dedicated to battling the effects of Parkinson's through exercise.

“It’s kind of reverse Parkinson's; we adjust to coordination, timing, hand eye coordination, coordination of the hands and feet. That is kind of what boxing is,” said Flores, the owner of Corpus Christi Boxing Gym.

Parkinson's Disease symptoms include deterioration of motor skills, balance, speech and sensory function, all of which to Maria Robles can testify. However, the rhythm of training has given her new hope in battling this disorder. When she first started the boxing class, she wasn’t able to speak or move any of her limbs. Now she is able to fight off the crippling symptoms of Parkinson's.

“This class means everything to me," she said. "Because when I came in, I was in a wheelchair and stiff, very stiff. When I came here, they made me exercise."

While medications can help with some symptoms, exercise is the only treatment that has been medically proven to slow the progression of the disease.

And for those who have the disease and are not sure about taking the boxing class, Linda Pittman has some words of advice.

“Get up off your butt and live your life while you got it, and it will make you feel better to move and exercise,” said Pittman.

Many of the boxers in this class also use the Rock Steady program at the Corpus Christi Boxing Club as a support group.

Medical studies conducted in the 1980s and ’90s showed that rigorous physical activity can help manage the symptoms of a neurological disease like Parkinson’s.

Parkinson's patients notice a decrease in tremors when they begin boxing training. Linda Pittman, who has been participating in the boxing class for two years, says this type of training has helped her in so many ways.

“One thing Parkinson's takes from you is confidence, and boxing gives it back to you," said Pittman. "That is the big difference.”

Parkinson's disease signs and symptoms can be different for everyone. Early signs may be mild and go unnoticed. Symptoms often begin on one side of your body and usually remain worse on that side, even after symptoms begin to affect both sides.

Parkinson's signs and symptoms may include: