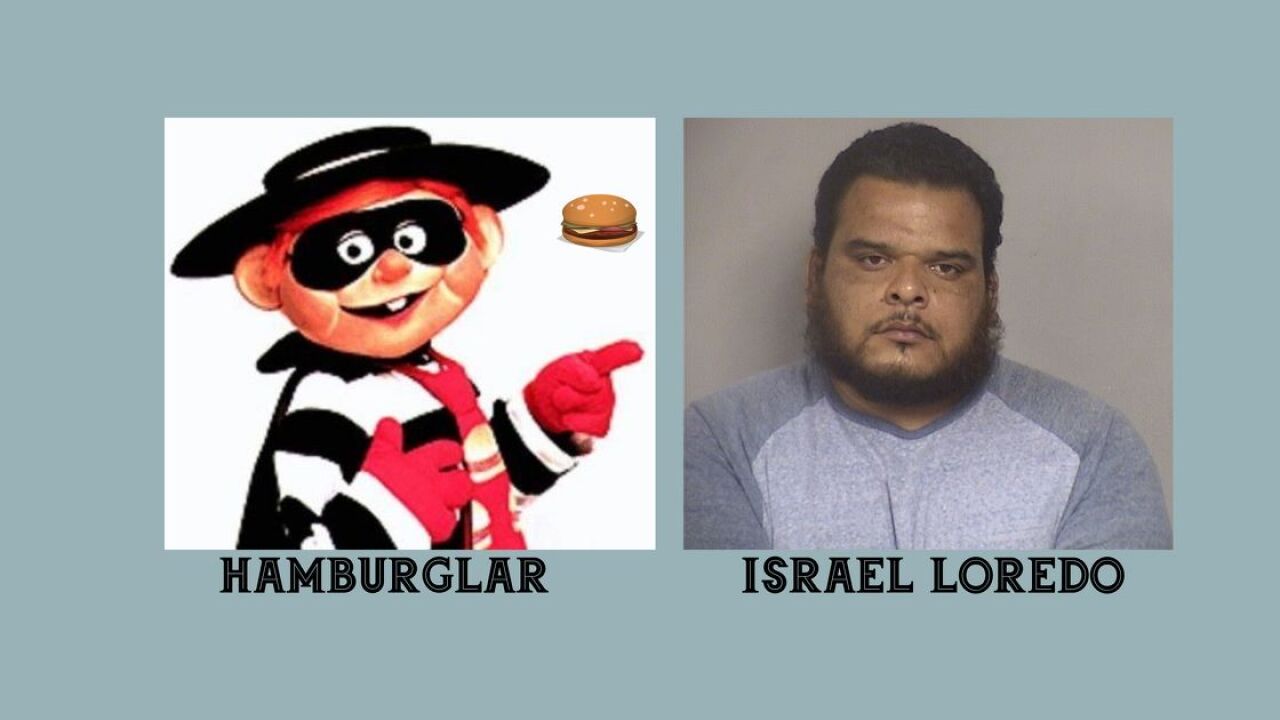 CORPUS CHRISTI, TEXAS — A 34-year-old man is accused of stealing meat from grocery stores in the Coastal Bend,.

The Ingleside police department states 34-year-old Israel Loredo was seen on surveillance video stealing over $180 of meat from an H-E-B store in the community.

Police say Loredo was seen walking down an empty grocery aisle to conceal the meat in his pants.

Investigators say he was easily identified and suspected of stealing meat from other H-E-B's and local groceries stores in the Coastal Bend area.

While a warrant was being issued for his arrest, Ingleside PD said Loredo was arrested on May 27, 2020, by the Corpus Christ Police Department for stealing steak and shrimp from another H-E-B in Corpus Christi.

"So the Coastal Area Meat Thief is now in jail with his cousin --The Hamburglar," Ingleside police stated in a post on Facebook along with Loredo's mugshot.