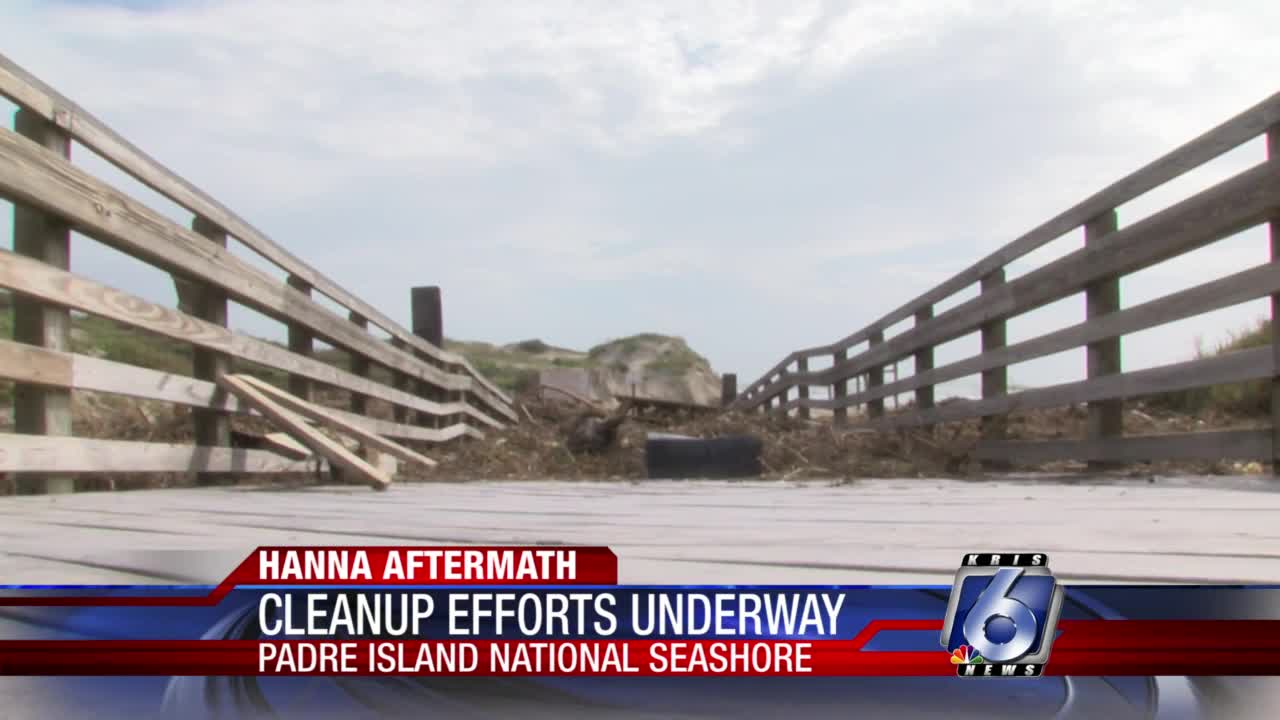 CORPUS CHRISTI, TEXAS — Recovery and cleanup efforts got underway this week for Coastal Bend beaches after they took a beating.

Damage from Hurricane Hanna has forced the Padre Island National Seashore to close.

Hanna left plenty to clean up at one of the Gulf Coast’s top attractions and will be closed until next week or longer.

“You can see that 4-6 feet actually does more damage than we thought it was going to do. Every beach access in the National Seashore has been clogged up with debris from the ocean and the beaches. All the picnic tables have been wiped off the beaches that we had out here,” said Chief of Interpretation and Education Chuck Lassiter.

Park officials are still evaluating the full extent of the damage at the longest stretch of the undeveloped barrier island in the world.

“We are not even sure of the extent of the damage here within the park. We have teams out that are accessing different areas. Facilities, our communications are down in several areas of the park still. We have resource teams that are out combing the beaches right now for the potential for marine life that could be entangled in some of this debris, also cultural resources, there is an archaeological site off the coast here,” said Lassiter.

The closure allows the crews from the National Park Service to pick up piles of vegetation and debris. It also gives them a chance to evaluate structural damage around the park.

“As far as the damage goes, a lot of it, we are hoping it’s superficial. We do have some structural damage, and right now, we are trying to access the damage, the severity of the structural damage. It is going to take some work for us to get it ready for the public again. In addition to making sure everything is structurally sound, we want to make sure there are no hazards on the beach,” said Lassiter.