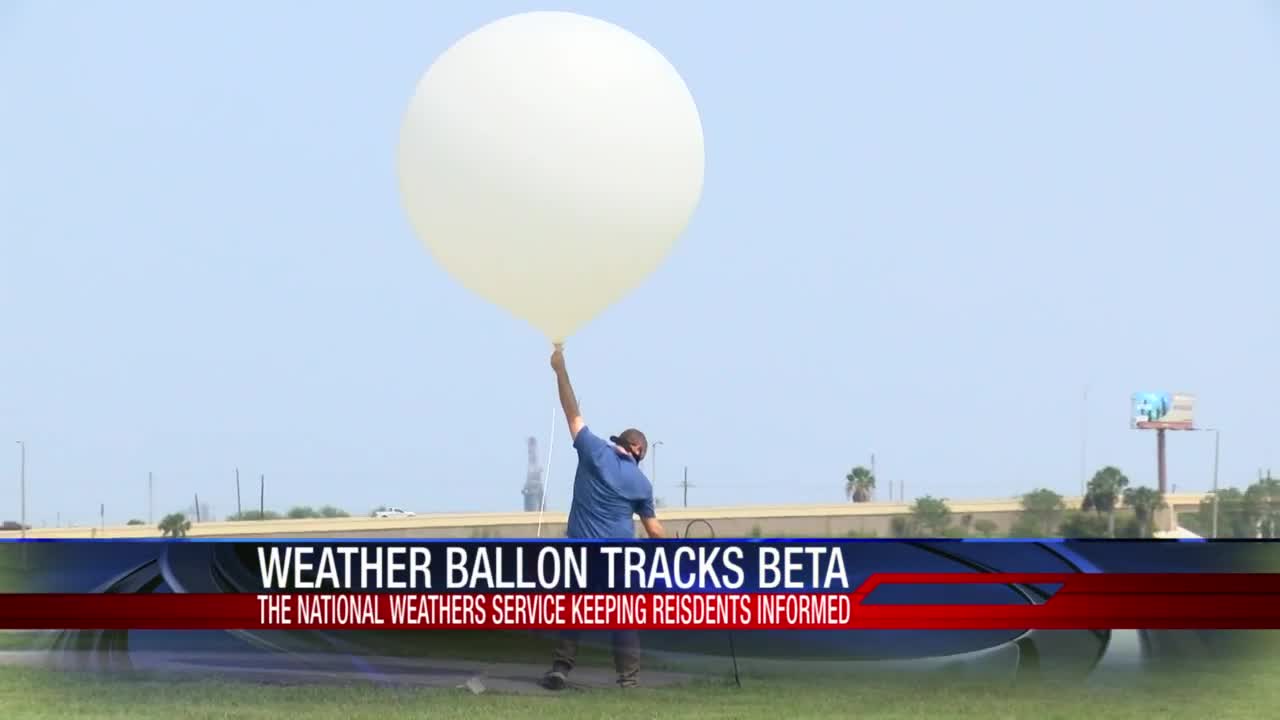 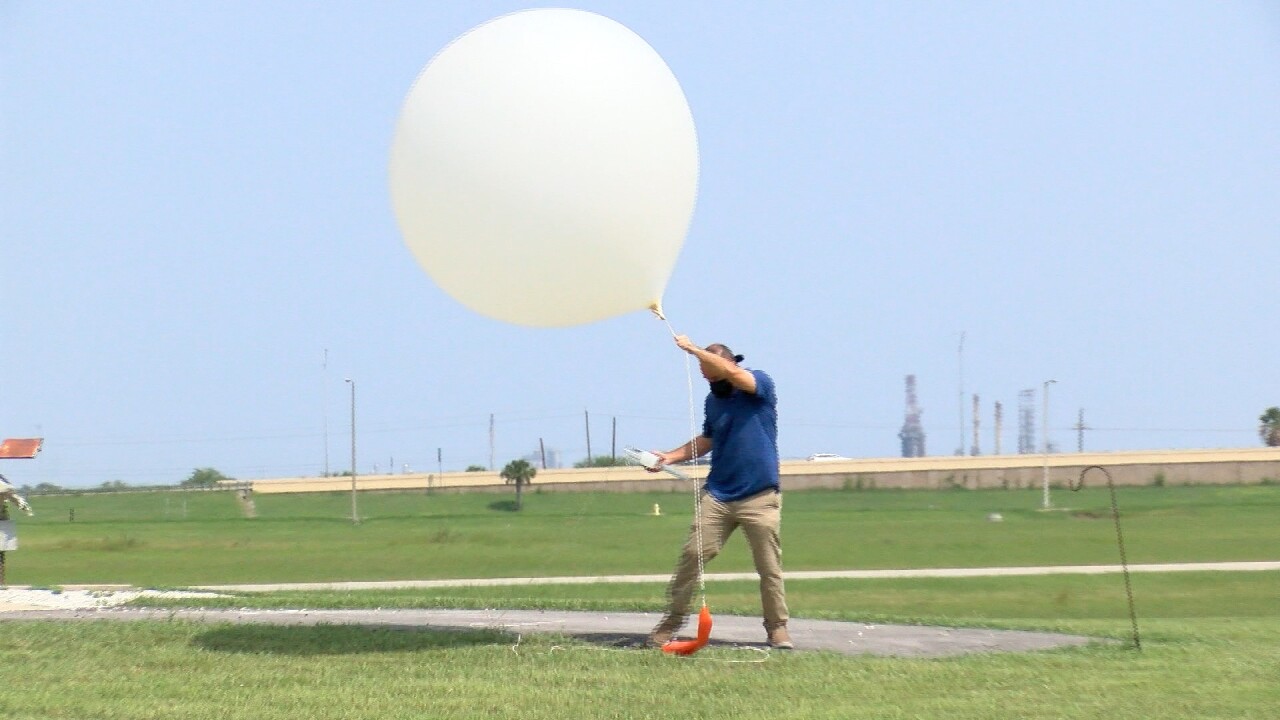 CORPUS CHRISTI, Texas — As Tropical Storm Beta has taken a random path for meteorologists to follow, the National Weather Service has sent out weather balloons to keep track.

Releasing weather balloons into the sky is nothing new. It began as a measurable way of practice since the late 1930's.

All 92 National Weather Service offices release weather balloons twice daily. However, during the time a tropical storm is being watched, the local offices will release balloons six times a day.

NWS-Corpus Christi released a balloon at 6 a.m. today, prompting a few questions from Twitter on what the balloons are used for and what happens afterwards.

"They collect information for us, information on the pressure, the temperature, the humidity, and the wind speed and direction that’s going on in the atmosphere," said lead local NWS meteorologist Penny Harness.

The rubber balloons are connected with a long string to an instrument that provides the data for the NWS.

"And that just feeds more data into the models to really help give us more precision on what the storm is going to do," Harness said.

Tracked through GPS, the data is then stored into a system at the local NWS office and it will then be put online to see what has been collected.

The balloon released at 6 a.m. currently has shown exactly what Meteorologist Harness expected.

"We’re moving very slowly to the east right now towards the Texas coast," she said about Beta. "We’re still looking at landfall to the middle to upper Texas coast somewhere between Monday to Monday night."

Once the balloons reach 20 miles into the sky, they expand as large as a small garage and then burst.

A parachute is connected and will help the instrument land to earth safely. Harness said the balloons typically land in the gulf.

"Especially for us, a lot of times they will go out in to the Gulf of Mexico and just splash down in the water out there," she said. "Most of them we do not get back."

Harness said if a balloon is found. there is information and a bag that is connected to the instrument so that it can be returned to the local NWS office.

To find more information, you can go here.